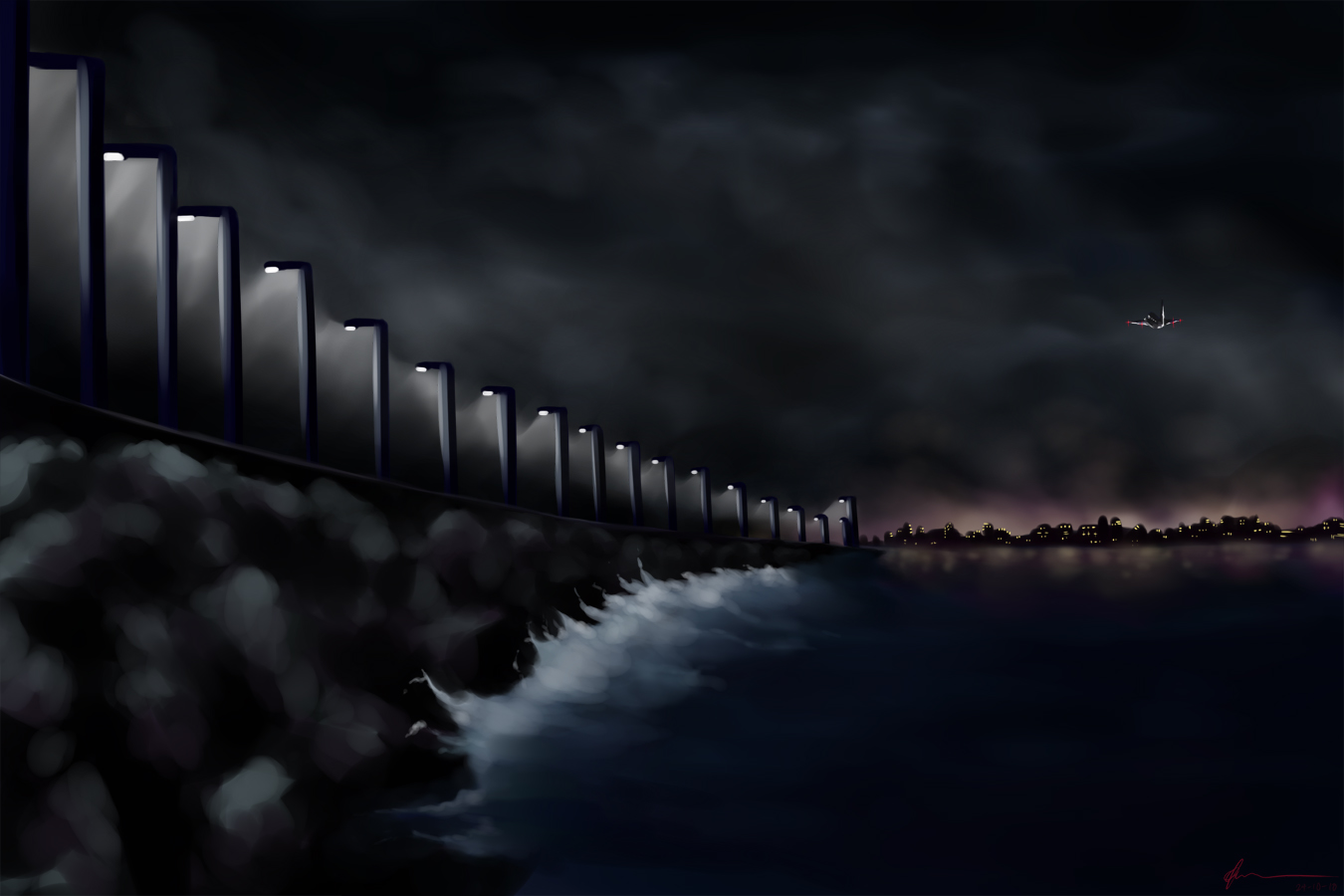 or that one other plane that landed in that river.

Air on the Strand

Hey, man, not too bad for a picture. I always like night scenes, so that really counts for something, although this piece could use some improvement (well, there's always room for improvement) the idea is great - I don't think I've actually seen any night-time beach scenes hanging around in the portal lately.

The main things I like about the picture that you've got here are the lights, and the positioning, as well as the use of perspective to tie it all together. Nice use of it, really, and the detail that you've put into the small airship is quite the looker. Not to mention you've got the idea of lights staining the sky neon downpat, and that's always a plus. Pretty good landscape, all around.

However, like I've said before, quite a few parts could use fixing. the rocks could use a lot more defining - right now the look like blurry light splattered particles, which while it gets the message across could definitely be improved. The waves, for the length that they crawl up the side of the base, certainly don't seem to have the wave density to really be able to do that - you'd want to simulate waves out across the body of the water, which would both make it look better and help with the perspective. The clouds aren't so much clouds as mist hanging around in the sky - you'd want to make them seem more like individual clouds, even particularly big ones.

Final point - the lamposts to the left of the picture, don't shrink nearly as much as the rocks - comparing the two side, one shrinks dramatically (which is a real plus for the perspective) and the other only marginally shrinks, and that, well, that looks off. I'd say that at the later ones, small, thinner, and less bright would probably help to define them as far gone would help too. However, the city fits the scene perfectly, so that's alright.

It's a good picture, man, and I'm a sucker for night-scenes so I particularly enjoyed it. Really portrays the concept of loneliness and serenity, so yeah, wouldn't mind seeing more :3