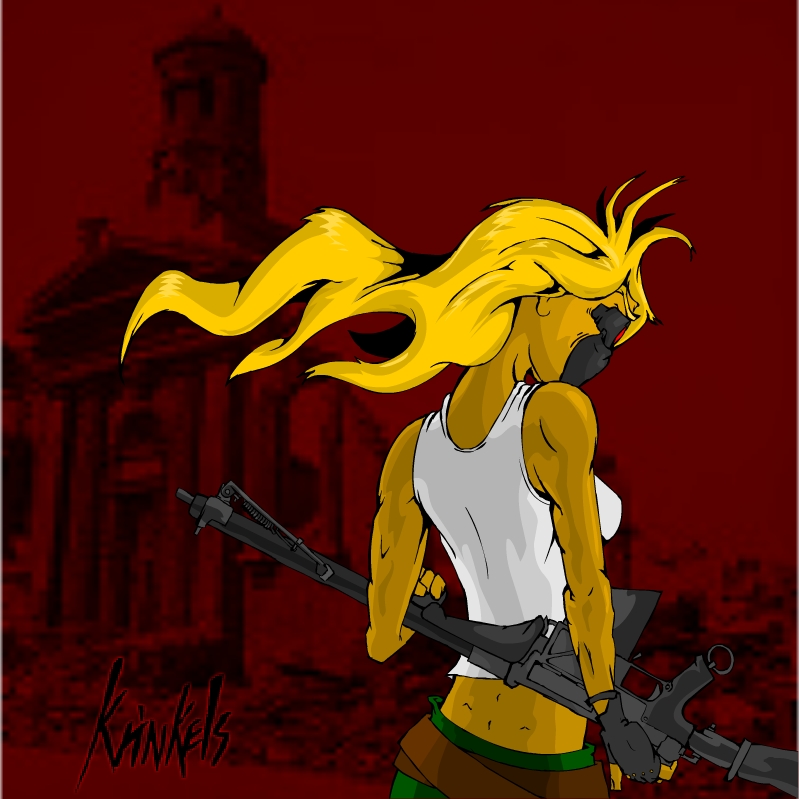 This was the first drawing of IV I did on the computer without the intention of animating. Her rebreather/face piece has become significantly more complicated since this.

Oh, now I understand. IV is the name of the character. I was a bit confused by the title, because I thought you were talking about a level that the character was at. Like her being normal was one level, but her slowly turning into a cyborg (or being revealed to be one) was another level. It's interesting to see stuff you did without the intention of animating it. It kind of makes you realize why people submit stuff to the art portal in the first place.

Why review stuff when you could just review the cartoon or game it's on? I like how you show IV from all different angles. Hey, in Italy, is she called four? Hee hee. Joking aside, this is another great picture probably because it shows her wielding a large gun, which is what your characters are known for.

I really liked it, tough i think the mask looks better in the others.
The gun looks really epic and the backgroung looks good with her.
Good job, Krinkels!