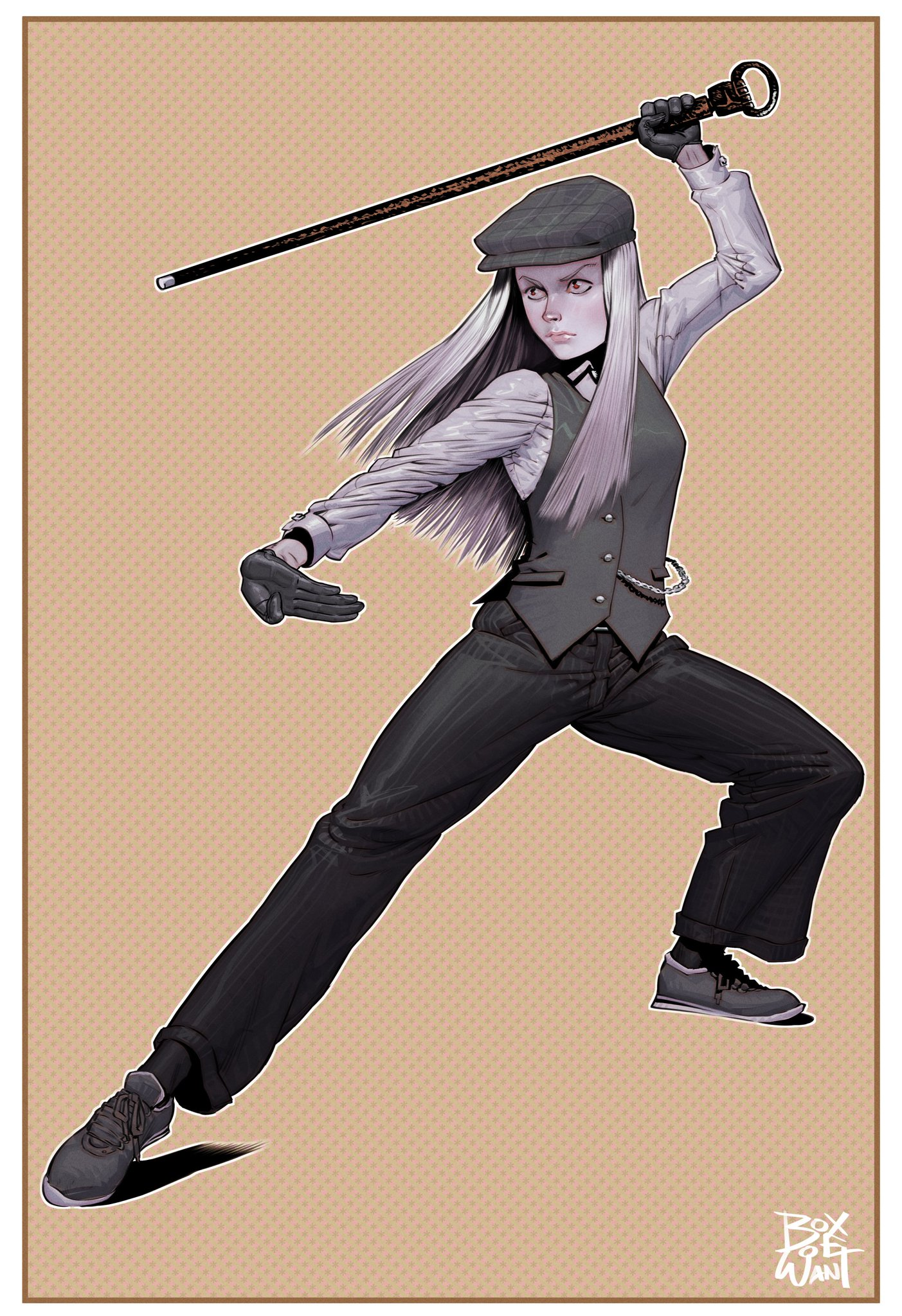 With the increasing strangeness and danger that her cases have had. Jennifer has learned the ways of Bartitsu, an early mixed martial art developed in the late Victorian era for gentlemen. More of a philosophy then and actual fighting style.

Using your environment and whatever you have on you to defend yourself. Unlikely to over power your opponent, but you can out think them. Pay attention to the subtle movements and predict where they will strike and counter attack.

Made popular by Sir Arthur Conan Doyle, when mentioned in the Sherlock Holmes story, The Adventure of the Empty House.