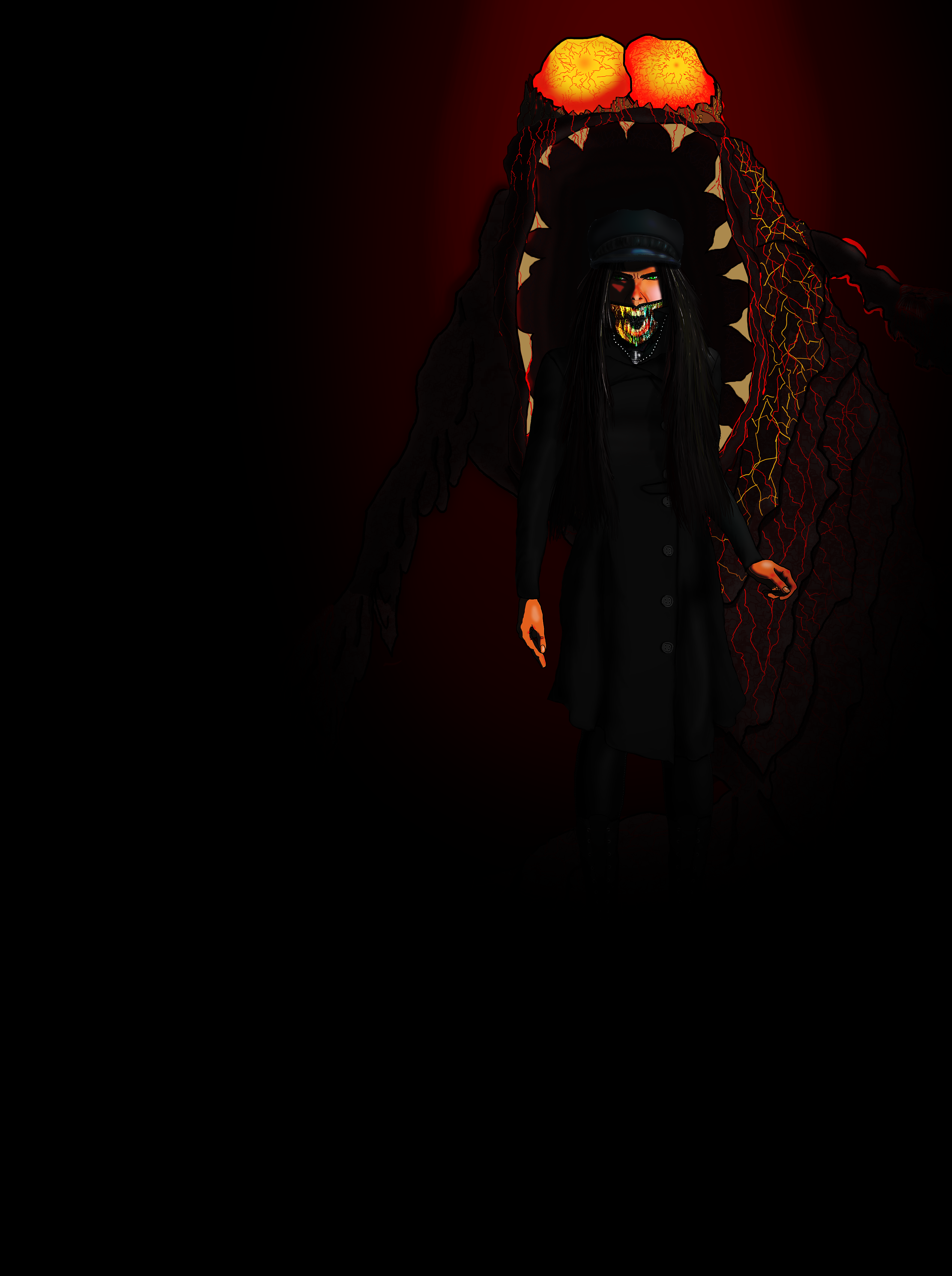 Hello. My name is Korval.

I offer my digital artist skills.

For a drawing I take from 20$ and increasing,

depending on the elaboration of the background and the number of characters on the picture.You can write me on my

Email or in NEWGROUNDS to arrange for details.

It has been hard to review this one, because how weird it is in terms of tecnique used, but let's get started because is somewhat fascinating.

On the tecnique used, I have to say that is really confusing, maybe MIXED.
First of all, too much BLACK. I don't know if it was intentional but it hurts to watch. I ask you that because if it's the feeling you wanted to give, you nailed it, if not so, you should have avoided it.
I say that is confusing because some part have some details and some not. Like, why the right hand has a clear shading, but the left one not?
Another thing is the monster. The way it's coloured (the veins thingies) is inconsistent with the rest of the tecnique used in the drawing. This detail just ruins the aspect of the monster in my opinion. Also, the teeth doesn't have any shading at all and they look like they have been drawn in MS Paint (they too collaborate in making the whole thing inconsistent).
The lady doesn't look like one. It looks more of a male instead, due to the unclear shape of her body. Also, the mask is out of place, too "colourful" instead of the other elements.
If you could crop the image balancing the black and maybe putting the figure in the center, it would be a huge step forward.

On the creativity used, I gotta say "average".
The lady is somewhat weird, but I guess it fits the role of a horror theme (without that mask).
The monster itself is half good, half mediocre. The body is weirdly disfigured, and is good, but the face is nothing special.
I don't know why, but the whole picture reminds me of Penumbra Overture's most famous artwork: https://media.indiedb.com/images/games/1/1/209/online_box_cover_fg_logo.jpg