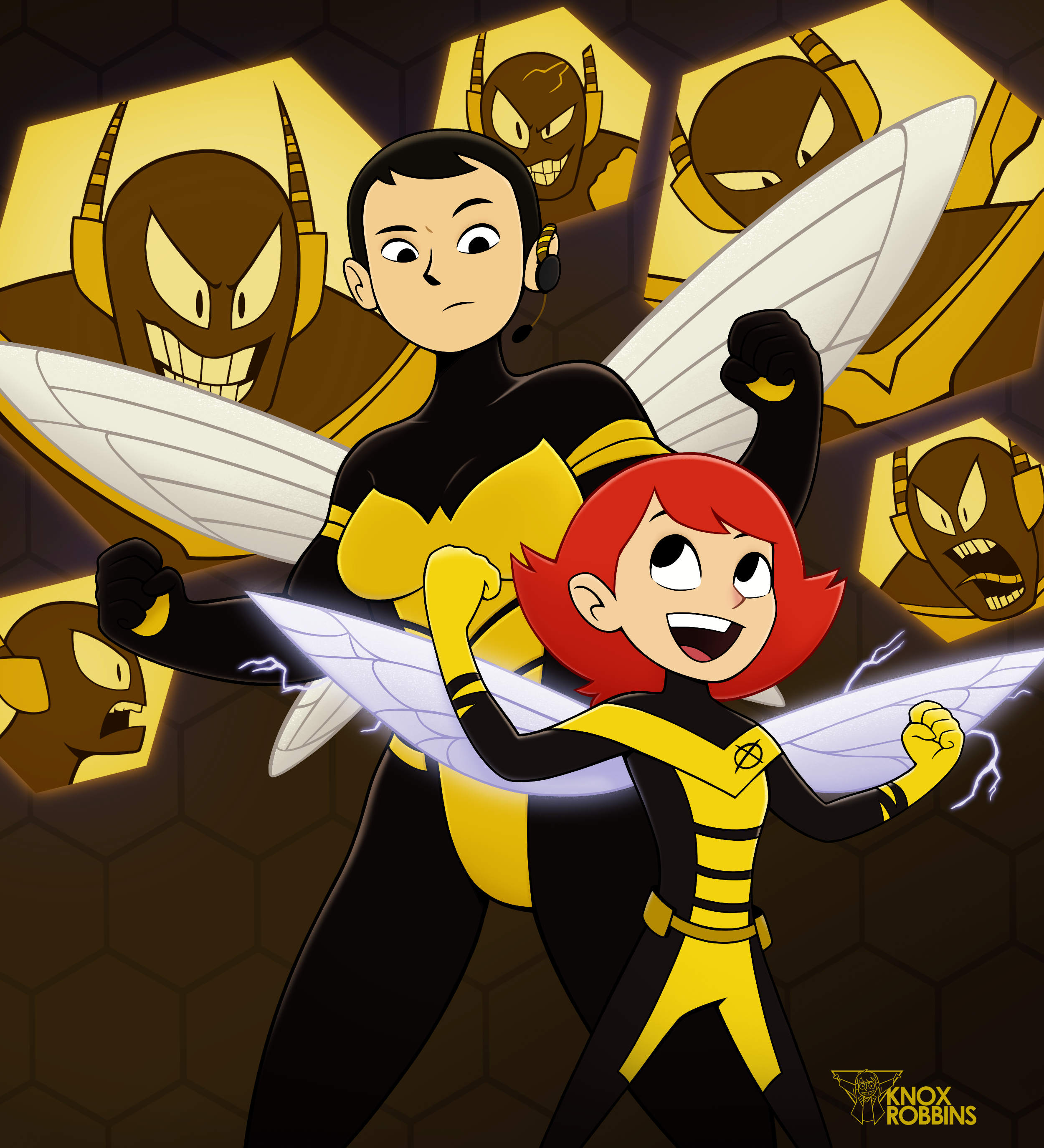 Erika, needing to pay off student loans with her roommate, snuck off one night to do secret work as a vigilante until she found herself crossing paths with Janet Van Dyne the Wasp and retreating from a situation involving five Yellowjackets. Now Erika wants to be an X-Wasp, Janet is more than willing to inspire her but all she is mostly thinking is “how do I tell her about Nadia?”