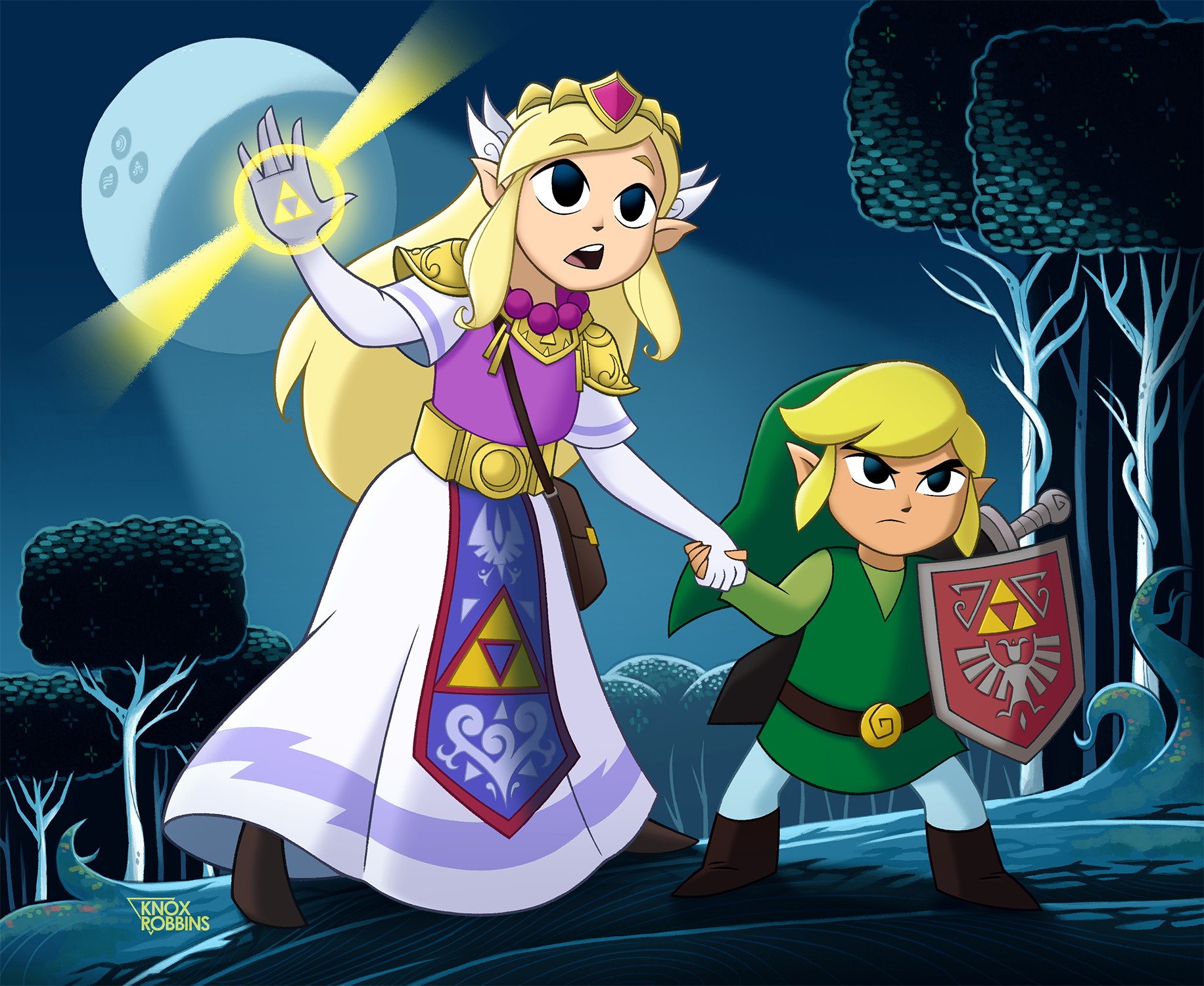 Into the Lost Woods (Zelda)

Happy 35th anniversary, Zelda! I’m a little ahead of the day itself this February but I was going to get something done for this occasion anyway, even if I got around to it late.

I did a Zelda piece years before but I always wanted to also play around with the art style of The Wind Waker in its own piece. I thought of doing simply fan art based on the game but then I came up with something. Zelda and Link’s dynamic varies from game to game but they’ve never done a “brother-sister” dynamic at all yet, like if Link as a baby was handed to royalty or the guards. So that idea germinated into what I drafted and ultimately drawn & painted out here.