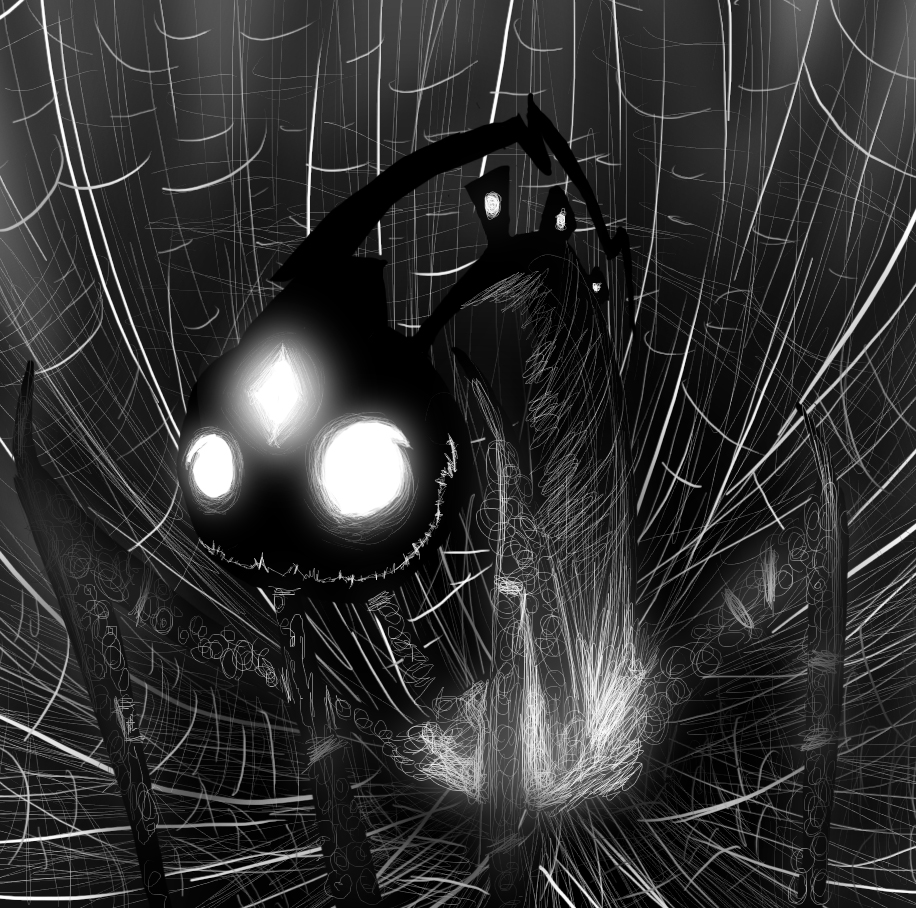 This is an original DED created by me for Hoboweasel, I named it Pallor.

I know that I made too many strokes for it to be clearly visible but bear with me.

I think it's magnificent! The intertwining webs are quite amazing and were created without laziness. The focal point is definitely the head of this "creature". His crooked smile is fascinating in a good creepy way. I especially like the eyes how they were formed and the shape. In all a fine piece of work. Keep making amazing art!

There's a few problems though... The white lines on the torso goes a bit too far back and aren't as strong on certain areas (you kind of mentioned this but I'm going into detail), so it looks indistinguishable with the background to some extent, same thing with the legs or whatever, but now that I see it, it looks really cool! Couldn't tell that the zig zag was part of his head at first either (maybe add some lines on it...), but the design and style looks pretty awesome man! Great job!