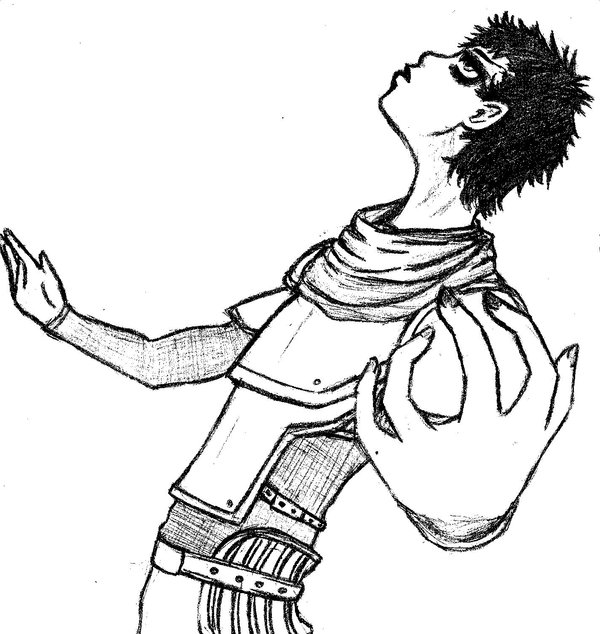 If you know of the man going by Sci-Fi on these Newgrounds, then you may know his character, Ascent. This is my rendition of this character, from his animation, Sleepless.

Look him up if you want to be blown away, but I know not everyone has a death wish.

Ridding the drawing of any color builds on "THE-TONE-OF_DESPAIR" or angst. The hard line work also maintains this tone by keeping a certain roughness around the edges. Shading works with the edginess of the drawing, despite being rather light. The heavy darkness around his eyes goes well with his hair, and leaves his personality "OPEN-FOR-INTERPETATION". Still, the assumptions will most likely point in the "DIRECTION" of angst, thus keeping the entirety of the mood in correlation with the tone being presented by the artist.

~~THINGS TO IMPROVE ON~~
Some added shading and in the backround would be pretty cool.

love the work you did on the arm there