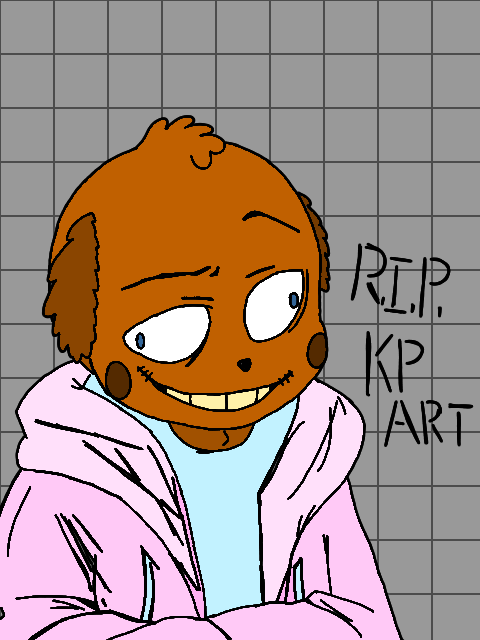 This will be my last drawing uploaded of "KingPug672" I'm giving up. I know I shouldn't give up right away, but to be honest... It's not, it's just not working out for me. Love you all, I'll still be active on the site and may occasionally post a drawing (that is NOT of KP) but I am DONE.

hey man, you do you, what ever you need, YOU and YOUR health come first. ill be looking forward to seeing you return.

It's okay to go on hiatus. We all hit a creative block. I had mine last year and I just felt "all drawn out" and wasn't really getting much in the way of feedback. But eventually I hit my stride again and new ideas popped into my head!

So this is your "last" for the time being I can at least say you were improving,that the characters were beginning to stand out more and seem more expressive. The world they inhabited reminded me of both the Stange Island of Dr. Moreau and Secret Of NIMH. The first dealt with splicing human and animal DNA together whereas the later was inspired by the Utopia Rat Experiment but with the added wrinkle of certain mice and rats becoming super intelligent.

Visually your stuff always reminded me a bit of Invader ZIM, Ren and Skimpy,as well as even an episode/movie of Batman Beyond in which the Joker and Harley turned Tim Drake into a "Joker Junior" of sorts. Honestly it's not quite "my preferred niche" but I recognize it still has a lot of potential and there is an originality and flare to your work I don't often see.

Anyway, take a break man but don't give up completely. Not unless you find another art,craft, or career path in your life you are just as passionate if not more so about!

I appreciate this so much man, you've helped me a lot by this. And yeah, I most likely won't quit fully, but my hiatus may take a good few months or so.

I understand what it's like to hit an art slump. Sometimes you need to add variety to what you're drawing. Don't just draw stuff you need to do but also stuff you like to do. Like, I really hate drawing fan art all the time but I do like drawing stuff I'm a fan of. If that keeps me drawing while I'm trying to sort out all my personal projects, so be it.

Still, I'm not pushing you to do anything. Just hope you're doing well.

It's just been... Really rough, I can't talk about it here, but if u use discord or something I'd appreciate discussing it