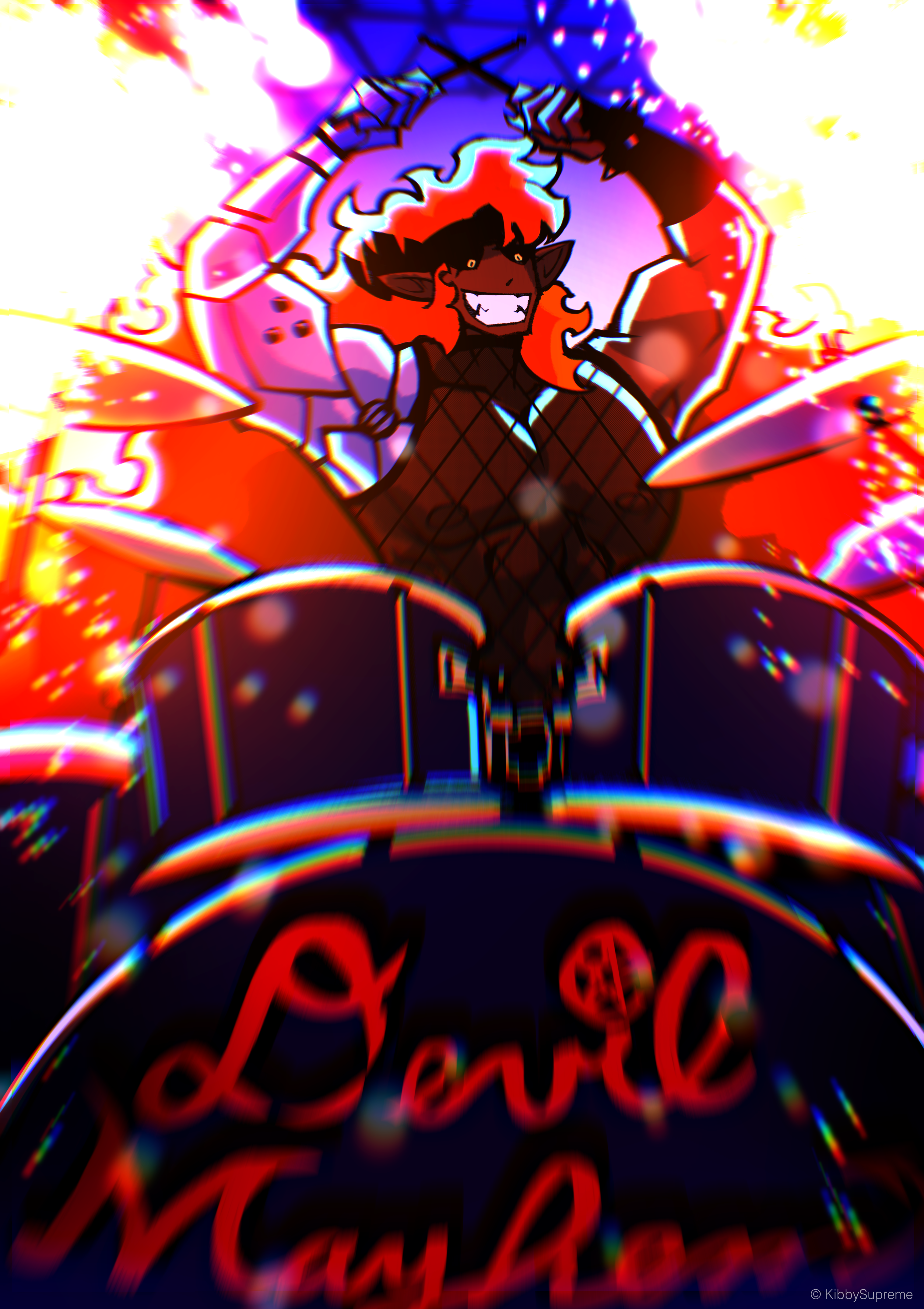 Despite being the most mature and collected member of the band, Ricky Rayz still unleashes a thunder of energy and adrenaline into his own performances! Since joining the band Devil Mayhem and proving that he can be a talented drummer with only the single arm he was born with, he was gifted by Fuego a prosthetic arm to additionally aid him further.

Another one of my partner's characters who I collaborated on with. Tieflings don't so much as exist in our homebrew campaign setting, so there are demonic and angelic subtypes of dragons that look llike ordinary tieflings. I'm hoping to make more content and stories of him and the band with a heavy metal fantasy flavor to it.