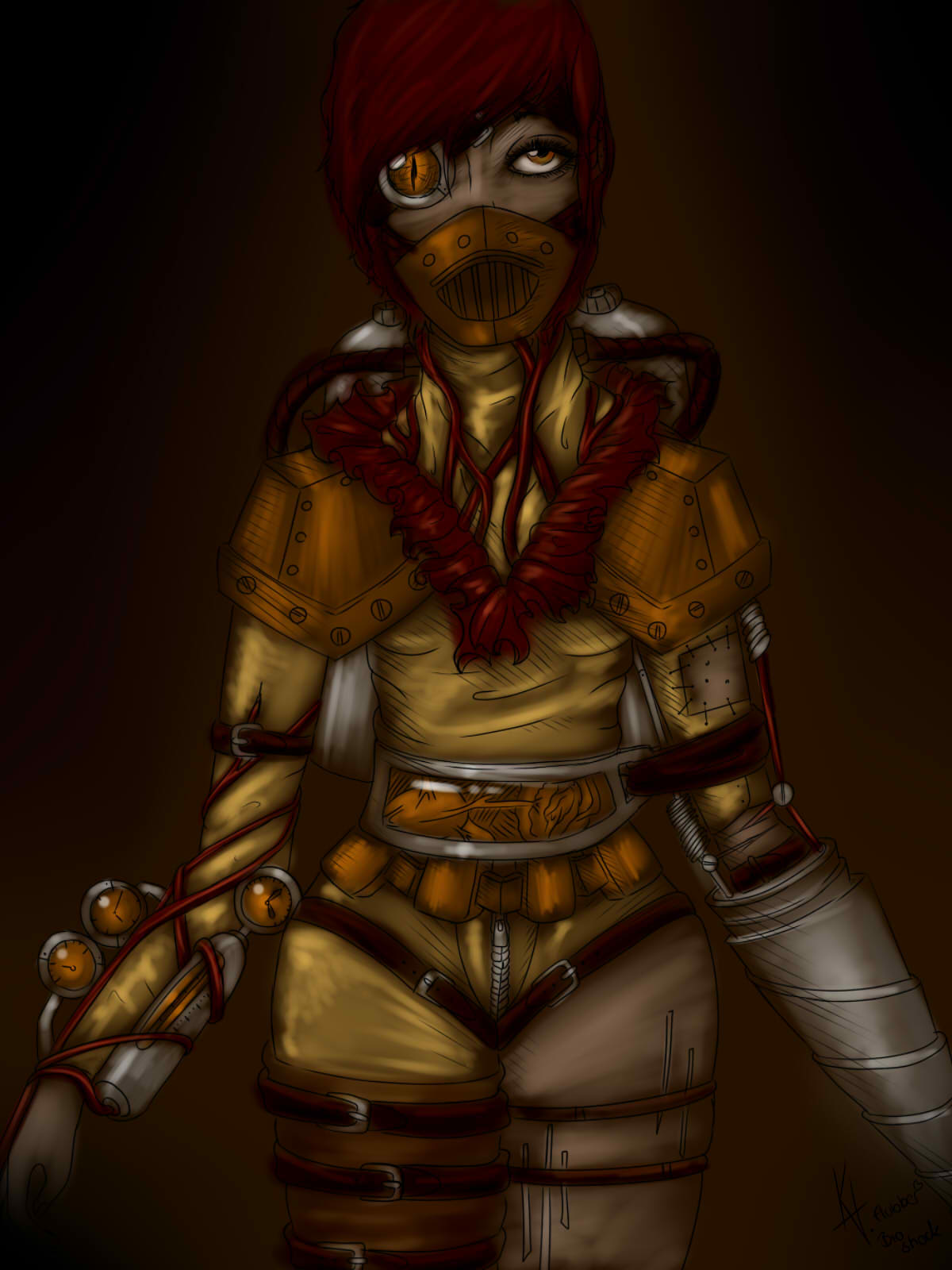 The shading is great, the line work is visually constructing but not restraining, the details are plentiful and well done and the inspiration can be noticed but isn't just copied or imitated, it really looks like you made your own character that started from the concept theme instead of just reproducing something that you saw. (Not that there's anything wrong with imitation or re-imagining a favorite character or theme)
Although it might be more visually pleasing if it were more bilaterally symmetrical.

Kibaili has not been scouted yet.

Browse undiscovered artists if you'd like to help scout talent!