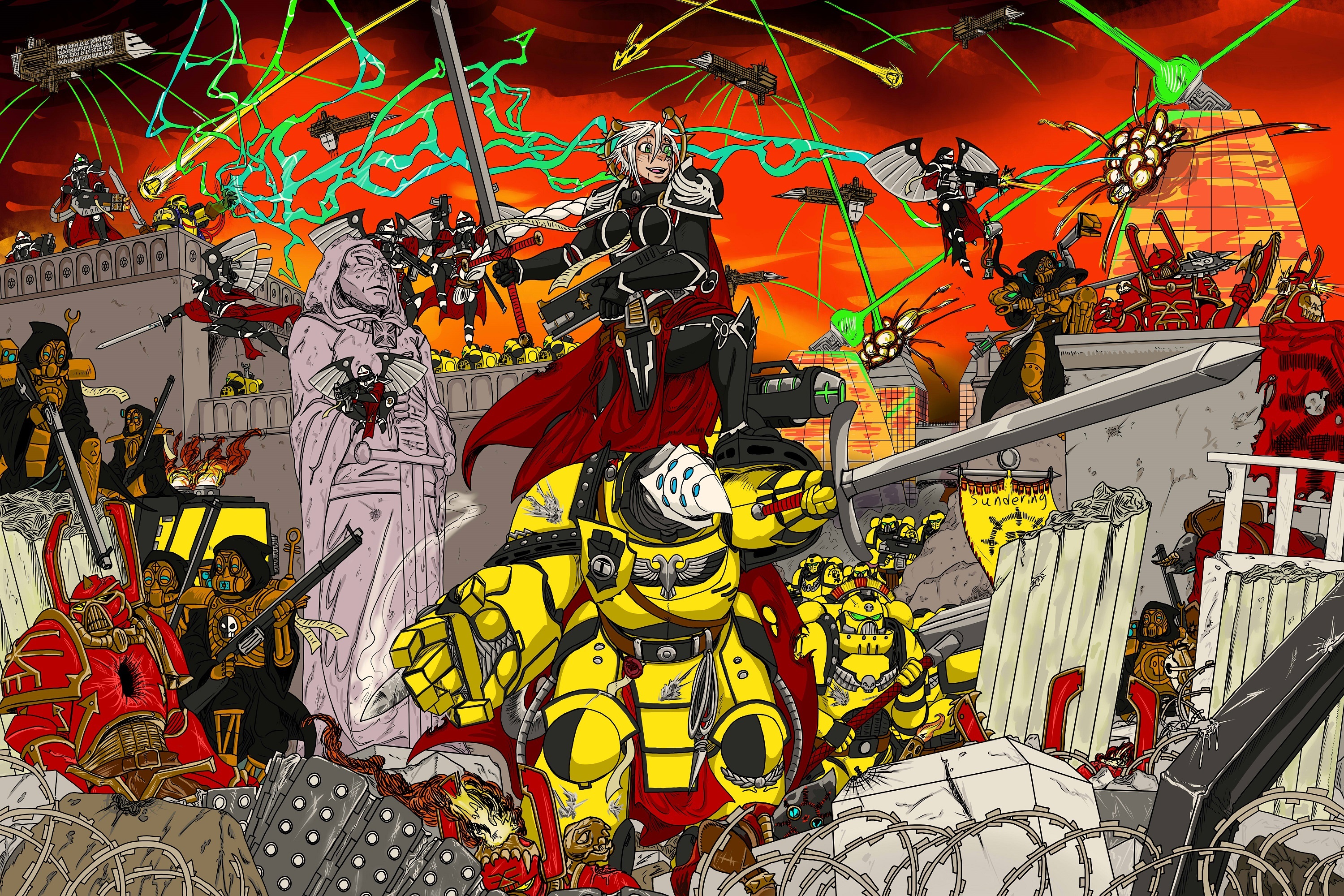 the grand imperial expeditionary fleet was assembled by the emperor sometime after m42, composed of the imperial fist successor chapter, 'the sundering hands', a cohort of mechanicus calling themselves the 'vox terminus' and the entire might of the sisters of battle ordo, 'the order of the falling sword', with the mission of retaking planets from the forces of chaos and bringing back the light of the manperor of mankind, seen here besieging the world of L'dahn after it had been claimed by the heretics of the world eaters