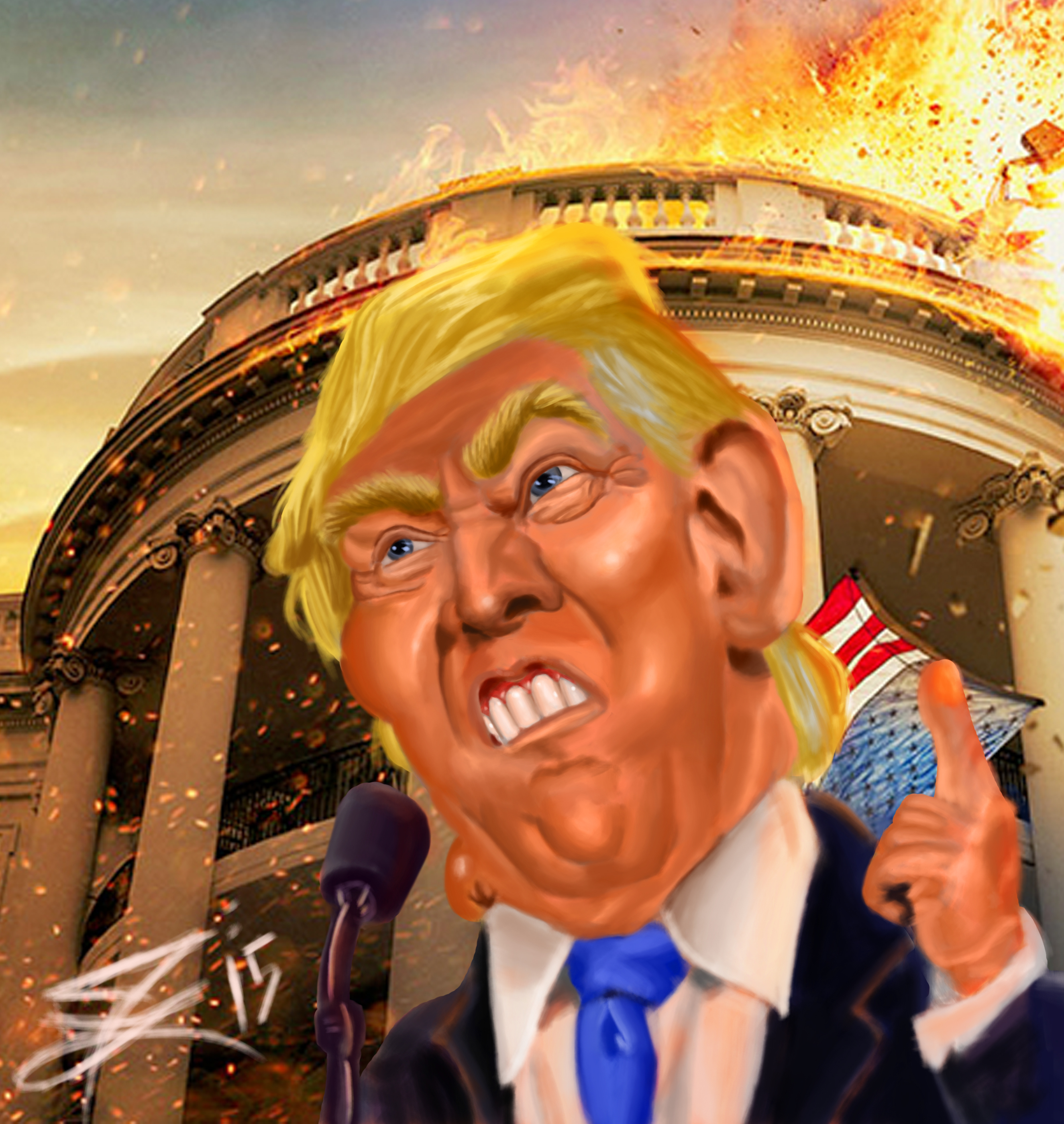 my favorite so far

This is very good. But I wouldn't want it on my wall. I just mean it demonstrates talent.

I'm still amazed he won. I thought for sure that a massive number of women would come out of the woodwork and vote for Hillary but I guess women aren't on average as sexist as I thought they were, it's just the most vocal ones that led me to that expectation. Even the morning of the election, there were betting pools that were down to like 7 or 8% on Trump, which means an 8 dollar bet would have turned into 100 dollars, so I am not the only one who thought that was the case. It was all a bunch of Propaganda paid for by Hillary and proliferated by the predominantly extreme left who control most media like not just CNN and MSNBC but the sketches on Saturday Night Live and the "news" on Comedy Central.

I see you also have The Rock as one of your artworks. The other day I went to the wikipedia page about the 2020 election and I don't know if it was just hijacked and put him in there for larfs, but he was one of the people listed as potential candidates in 2020. Ha ha. That would be funny. Well, watch as Trump doesn't make America great again in the meantime. You can already tell from the people who he's selecting for his administration that he's just going to be George W. Bush all over again. Maybe without the expensive foreign wars. But that is optimistically the only thing different. I'm sick of the right and sick of the left. Let's elect a gamer next time, that sounds like a better idea, it's all simulations of reality after all.

I appreciate the support man but I try to keep politics off my page. This was a painting requested but twitch streamers last year, and even made it as the newgrounds wallpaper in april of this year.

Haha wow this is great stuff and this one is going in as one of my faves, really good style and captured him just right you really got the skills and it shows here, so very nice job.

~~THINGS TO IMPROVE ON~~
maybe a wall in the backround would have been great haha.

Now this is art!

TRUMP IS A WALL ARTIST!!!