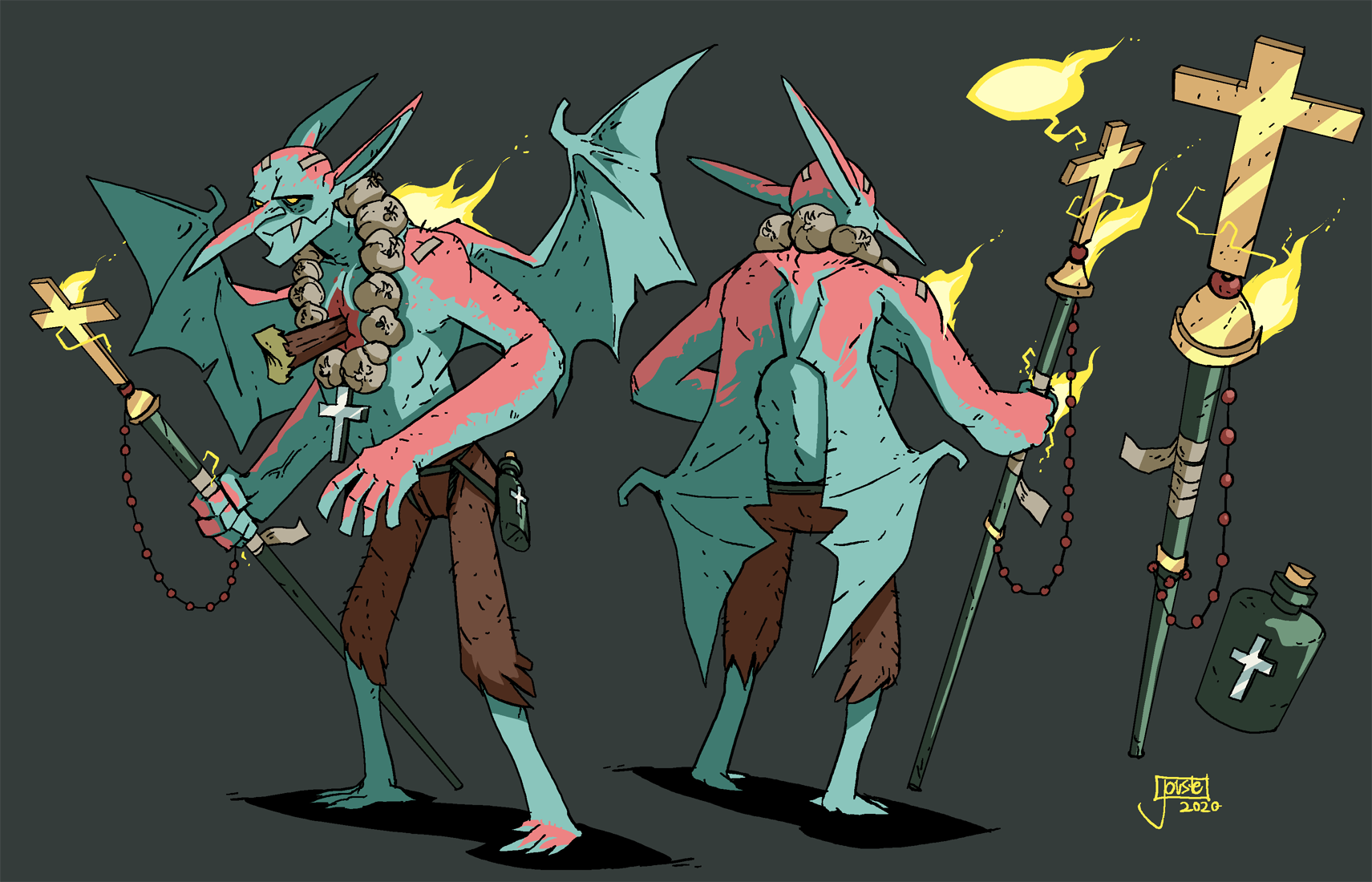 Through rigorous training and self-discipline, Zaros has managed to develop immunity to his weaknesses! He's garlic-proof, cross-proof, sun-proof and even stake-proof!

Is he running water proof tho?

what kind of deck would this guy even be in magic the gathering. Mardu Horde maybe?

didn't know what that is because i haven't played mtg for so long, but i love goblins and I guess the clericness is the white magic there?

Hey, that's a pretty neat idea. I had an RPG character that had a pretty similar premise. He was a resurrected paladin but came back as a skeleton. He could still use his powers but it would harm him in the process, so his god got him a blessed armor so he wouldn't literally blow himself apart.
Anyway, pretty good stuff, Jouste. Keep up the good work.

that's a really cool character idea! i like the idea of the armor being like a containment suit. i always kind of like having my characters have a big struggle to overcome.

Is this mad lad actually a follower of Christ?

he just may be! whatever it takes to channel those sweet cleric miracles!

it sure takes a lot of work! thanks for the comment!