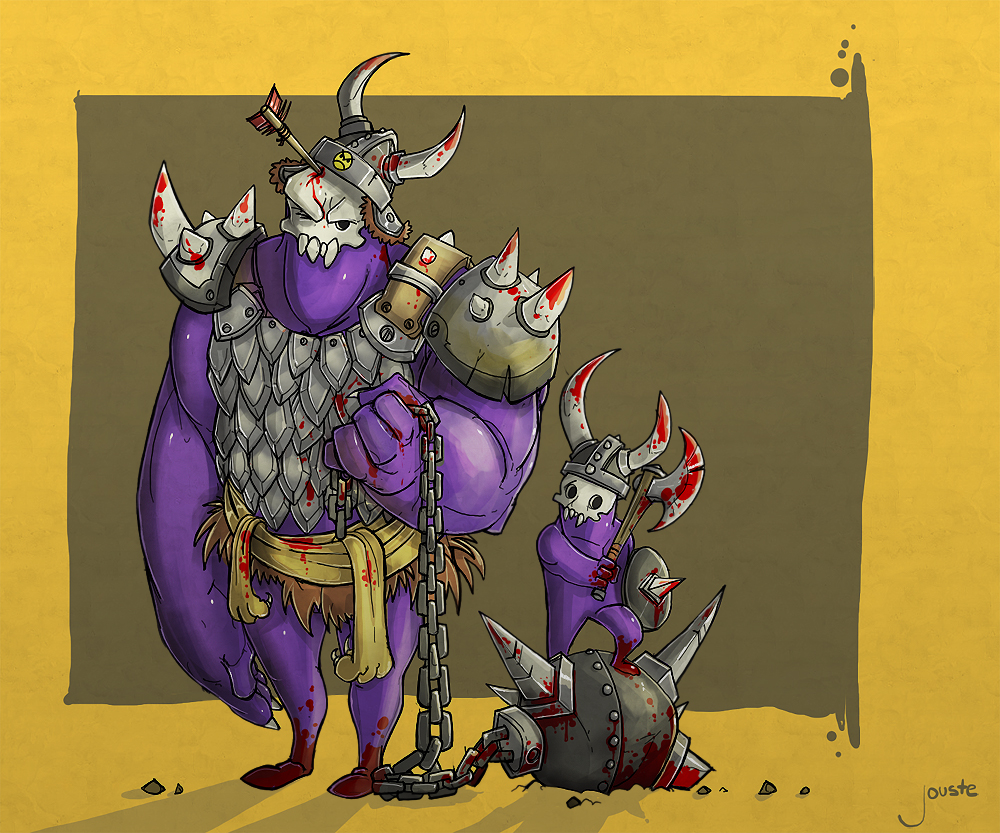 here's my entry for the Pico Day art contest.

It's Dad n' Me in the 1060's as viking pillagers! they would probably have gotten along with all the constant raids, plundering and superviolence. here we see that Dad has taken an arrow into the brain and his Son is a tad concerned.

their feet are also soaked in blood because they are constantly walking on their kills and Dad is sporting a very stylish "Lion Cloth" made from a pack of real lions.

Great art! Love the concept, proportions and the general idea. Keep it up

glad you like it pal! thanks for dropping by!

I never thought you could make a bloody picture of Dad 'n Me and look cute, but you did it! It's also sweet how you acknowledge the fact that the Vikings were in a certain decade. I think it was probably more around the 1010's, but that's hard to say. I like how there's so much stuff going on. Like how the shadows on the ground are nicely done. I also like how you put a realistic twist on where the blood would be.

If horned helmets were that effective, it probably would look like that. I like how the kid has such of a concerned look on his face while his dad is hit in the head by an arrow. Every bit of these characters' clothing seems to be made of something different. I just noticed that these guys have no toes. I doubt they're wearing shoes.