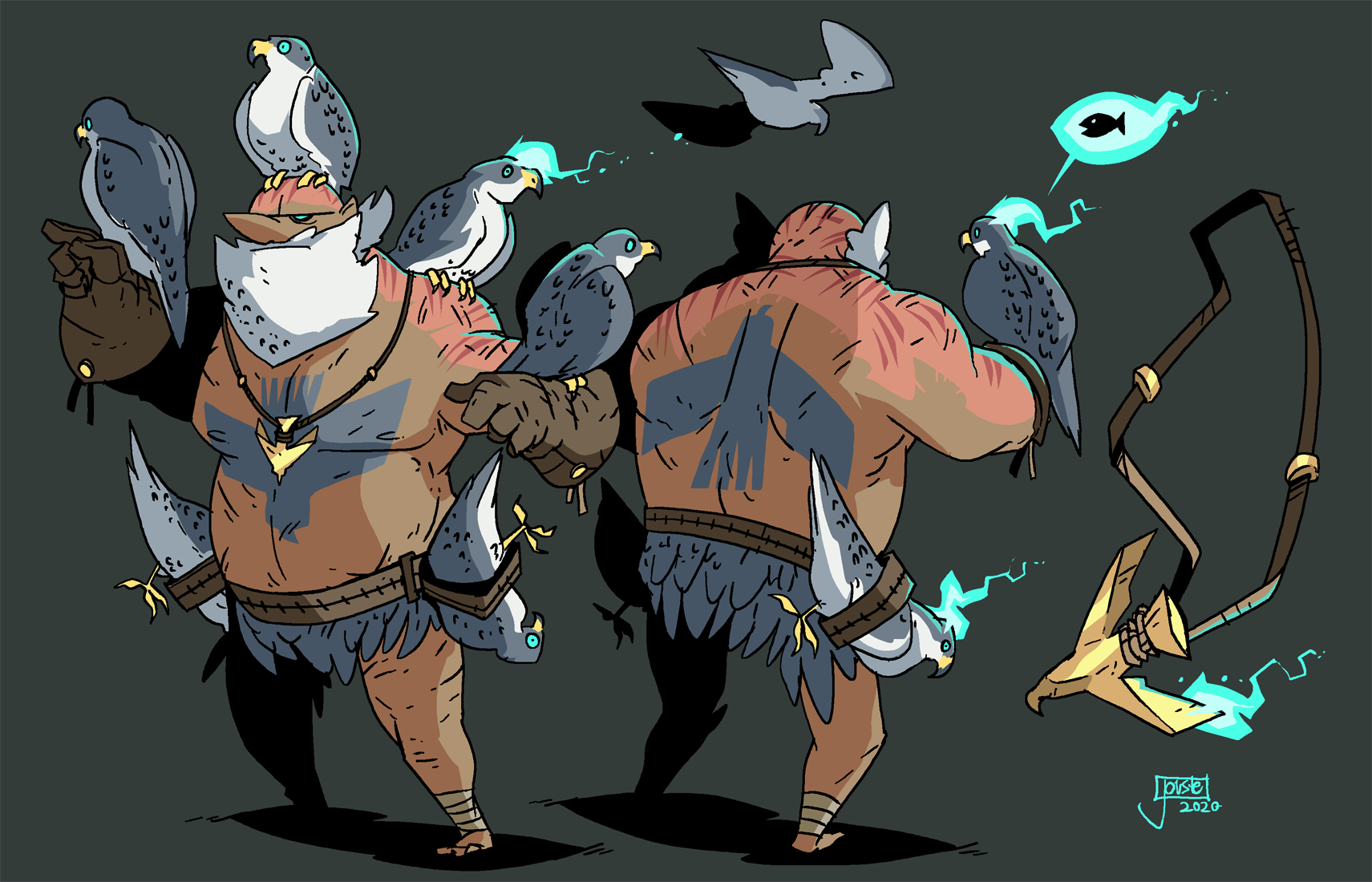 After coming into possession of the falcon-hook amulet, this once regular falconer became the only falconer existing! Falcons stopped listening to anyone else because of the magic necklace, giving him the power to falc' without limits!

hey thanks a bunch!

Is there any idea you have that isn't great?

haha I'm sure I've had very many, glad you like the holsters!

thats the version male of the woman who helped kevin McCallister :P

lol home alone 2? what a call back! appreciate the comment!

first off...falcon holster...?!???!!!?!!?...o_O...is there even an explanation beyond, it lets him hold more falcons? because those 2 look stuck...like can't fly or even get out of them stuck. it would make sense if they are injured and he has them like that so they can't fly and hurt them selfs more. but if its not...i don't know what im actually going to do...but it will involve actual falcons you hear me, i am so upset by this design of god damn FALCON HOLSTER!! also good guy, bad guy, anti hero or just plain chaotic neutral with an above average love of birds of prey? what's the mans motive here by doing this?did the amulet belong to some evil bird god and its making him do this? has the man seen to many Innocent falcons become the tools of evil men, and just decided the world doesn't deserve the power of falcon anymore, and or the amulet has clued him in on the true power of falcons and he's trying to protect the world from a threat no one even knows about without hurting his bird friends? (and or from falling in to the wrong hands of course)

haha I love that the holsters broke your brain a bit.