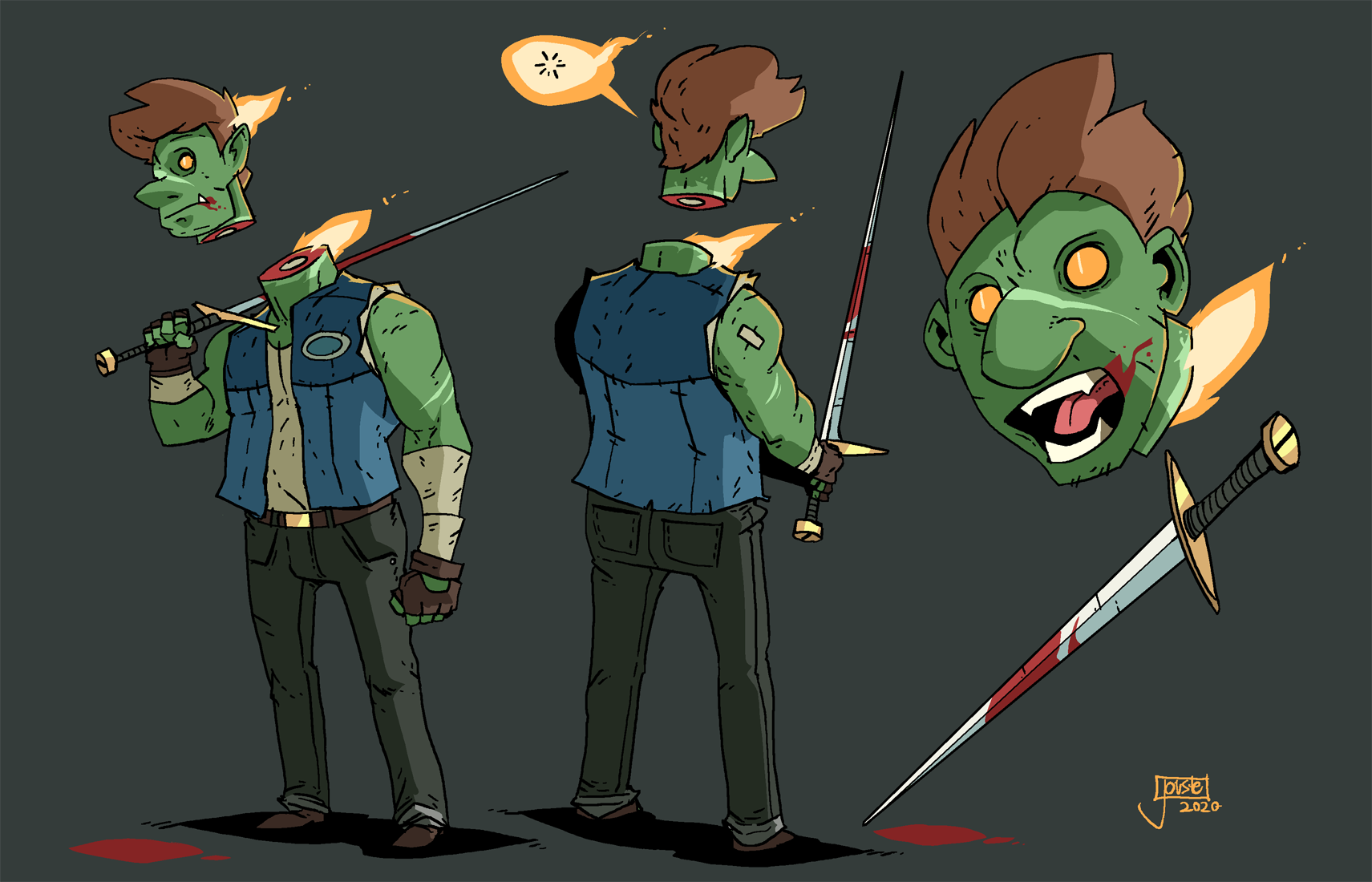 After accidentally cutting off his own head during a duel, the embarrassment kept him on our plane as a specter! Now that he's had a bit of time to practice and a hovering head to help with bites and distractions he's getting better!

He really does look like a common grunt, poor guy... still, he's gotten quite buff since he died!

(I am choosing to assume he was as much of a wimp as possible before dying. I mean, it looks like he ripped the sleeves off his wart-mart uniform. Was he a clerk in an adventurer's shop who tried out the wares and failed *that* spetacularly?)

hahaha, i really like your take on him. Well done!

Great concept. Attacks coming from two directions at once. I will say though I find it strange for a modern looking duelist to be wielding a sword.

i wanted a kind of "highlander 90's" kind of thing, like he's the lowlander lol