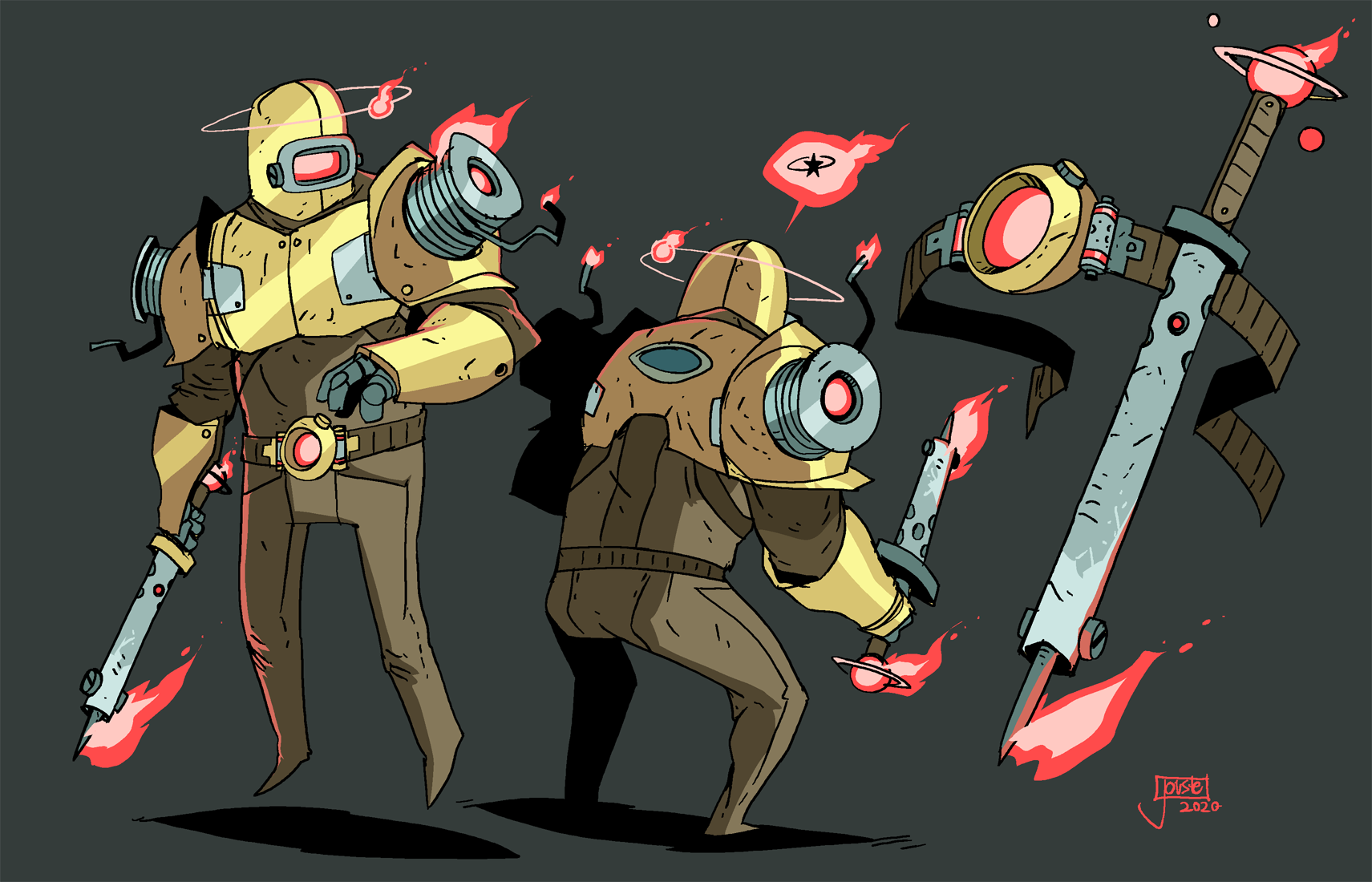 Connecting the cosmos by soldering the very stars together! Spacetime and the continuum get absolutely trashed by power struggles and casual time travel so Starsolder is here to fix what he can and deal with the unrepairable with his soldersword and float-belt!

Quite the undertaking for one soldier. even if he is powerful he's gonna need some friends to help him in case of the inevitable...he runs into some beings that are not only free from the confines of Spacetime & the continuum. but actually like how things are, JUST the way they are!

Ever since the "Lead-Free Update", Starsolder has become less effective late game and has caused a profound ripple effect throughout much of the game.

Sure there were some early game advantages when the "Rosin-Core" attribute was added to Starsolder, as it negated the need to tap flux-cards in order to use Starsolder's primary ability "join", which in turn also removed Starsolder's cleanup penalty during your end phase for using join. However, flux-cards weren't a problem late game. In fact Starsolder's previous ability to utilize any acid-card as flux provided a pretty substantial advantage when using join against metallic-cards. Also, when more than one Starsolder is on the field, the late game card "Isopropylis" allowed you to remove the cleanup penalty for all Starsolders at once just by tapping it.

Sure, Starsolder's primary attack "Hot-Iron-Sword" does well against cards with the organic or plastic flavors and subject to melt (including ice) or burn, but his attack is rendered totally ineffective by most metallic-cards who resist melt and burn. Being able to keep an enemy metallic-card tapped by joining it to another (tapped or untapped) metallic-card for six rounds does seem a bit overpowered, but you're not attacking with Starsolder after joining the two cards. Since, using Hot-Iron-Sword on joined cards actually removes the round effect counter and unjoins cards instantlty. So, Starsolder isn't even being used offensively most of the time.

Really Starsolder is best used as a support-creature. Electronic-cards have very little resistance to most types of attack and they also rely more on abilities than offensive attacks. They are typically sent to the scrapheap after sustaining one or two turns of damage and are quickly replaced by electronic-cards in your hand next turn. However, thanks to their "Repair & Upgrade" ability, Starsolder can "heal" damage done to them with his join ability, buff and even change their abilities with the appropriate upgrade-cards. Still, Electronic-cards you control are subject to the same round effect counter when joined. Three rounds is not enough time for many electronic-based abilities. Abilities such as "charge" or "record" don't start becoming useful until three or more rounds. Hell, defragment takes a round to start up and lasts four rounds. If an electronic-card gains that ability through an upgrade, such as "Hard-Drive", and the join counter runs out in three rounds it fails! And defragment says, "If this ability is interrupted before it is completed, it fails and all cards defragemented from your deck are destroyed permanently". So, upgrade-cards like hard-drive are now completely useless!

Frankly, like most players, we are saddened by the "Lead-Free Update" and would hope the game designers would reconsider. There are too many card synergies that are centered around Starsolder that are affected by the profound changes to this card.

wow really cool but ive played so much among us that it looks like yellow got a upgrade.

haha yeah, I checked the design for Among Us and went "ahh damn it" right after posting