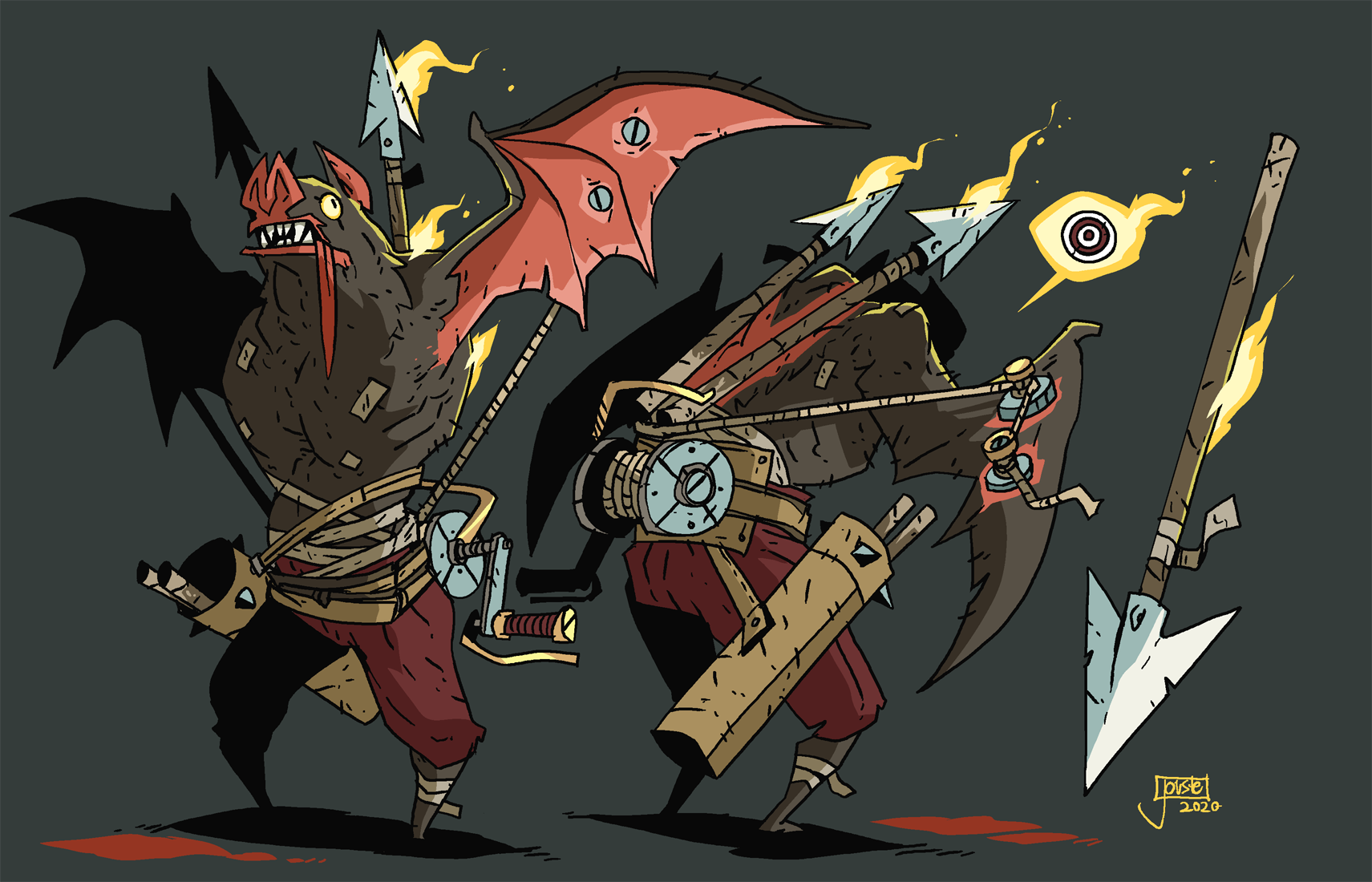 Flying under the dreaded flag of Dracularbalest it's another terrifying siege-demon, Batlista! Half horrible bat-thing and half giant crossbow, this terrible creature can take to the skies and puncture the strongest foes right where they flap!

haha no! But now that I think about it, it's pretty good! Great catch!

As a bat (and crossbow) lover, THIS THING IS AWESOME!! Keep up the good work man!

a lover of both bats AND crossbows! this must be your perfect 'ship!

Locked loaded and ready for BATtle.....

tell me how does he reload MID FLIGHT? not to mention how does he fly PERIOD AND OR EXLAMAMTION POINT...S...SSSSSSSSSSSSSSSSSSSSSS(imagine if all those s are !) im sorry i see to many actual engineering problems for this one to even be feasible. the rest its magic and fantasy so im willing to just play along but you just....o_O....nnuuhhhaahg aaarrRRRAAAAAHH!! you put a crossbow and the back of a bat thing, and you could have stoped there and it would have been fine BUT you didn't! you fucking made the bat things wings in to the crossbow arms, so that way if this thing actually SOME HOW has enough tension to fire the mechanism built in to its wings, it will rip the wings off of the bat thing when or if (no AND there just IF) it does fire? and do you be throwing bullshit at me like "but its a magic bat thing" im not in the mood, you and i both know this just doesn't fucking work ok. because there is no actual reason for this set up ok! you could have just put a crossbow and the back of a bat thing and it would have been perfect.

and the real reason(now that ive got all that other bull shit out of the way)of why im so upset at there mere sight of this thing, is i can actually logically see how all of the other stuff that you've made up could actually be effective in a battle! this thing is dead the moment some random (mook from the mook maker level of expendable) knight from the other side sees it, and i doubt it would be able to take them down with it. as an evil over lord in training i would demand to see which of the mook designers made this thing so i could kill him my self for their incompetents. probably saving to mook makers some time and frustration as well trying to hold the minions down. not mention the waste of minions and resources.

Love this feedback hobo! I actually knew that I was stretching logic with this drawing and we might call it a bit of "bait". I'm really glad that you came in swinging, you are right! I really like the engagement this generated and I'll be sure to smarten up on future designs. because you get it...

it's EXACTLY a magic bat thing.