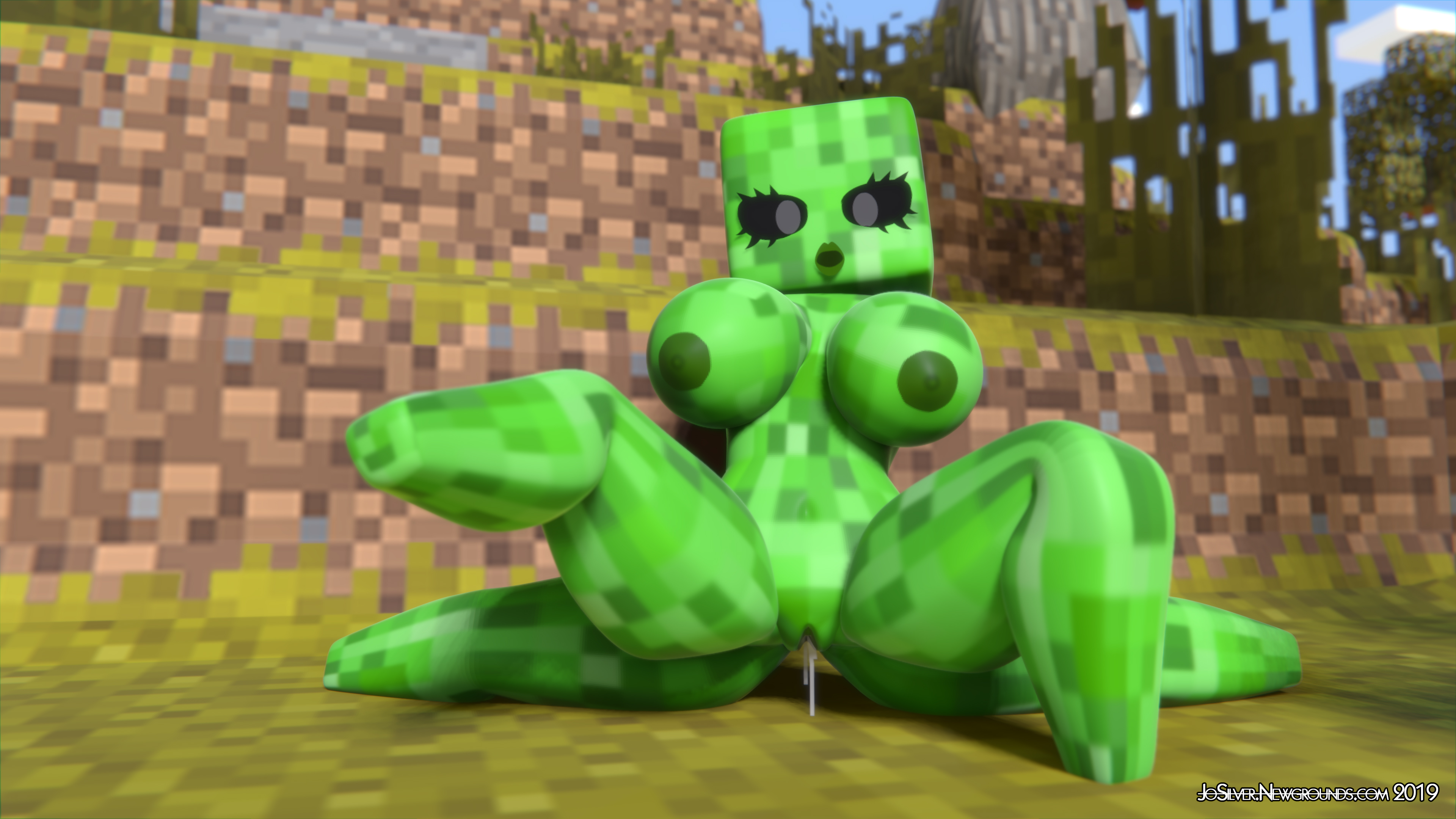 Today was my lucky day, He reached for a potion he had on him and gulped it down. Just like that he was once again stiff as a board. I was just dripping wet, my pussy was just aching for him.

You’d think a girl like me has tons of sex, day in and day out, but us creepers are kind of loners. It had been ages since I last had sex and the anticipation was killing me. He laid me down and pressed his dick to my pussy, massaging it slowly and delicately.

Soon the games were over and were having sex, at long last. Each thrust of his hip made my pussy wetter and slicker. I tried to match his thrusts with my own. I must have came twice then, each orgasm rocking my body, turning me to wobbling jelly.

I wanted to see if I could some how end up making a sexy creeper somehow work. Most of the time I've seen creeper lewds it's usually either absolutely terrible or doesn't really resemble a creeper (Usually a green Anime girl) at least in my opinion. I had experimented with this for a while. The hardest part was figuring out how to make the legs work. Apart from texturing her it's easily one aspect that took the most time to get just right.

Let me know what you think. I mean I think I did it but, you be the judge of that.

-Made with Blender, Rendered with Eevee.