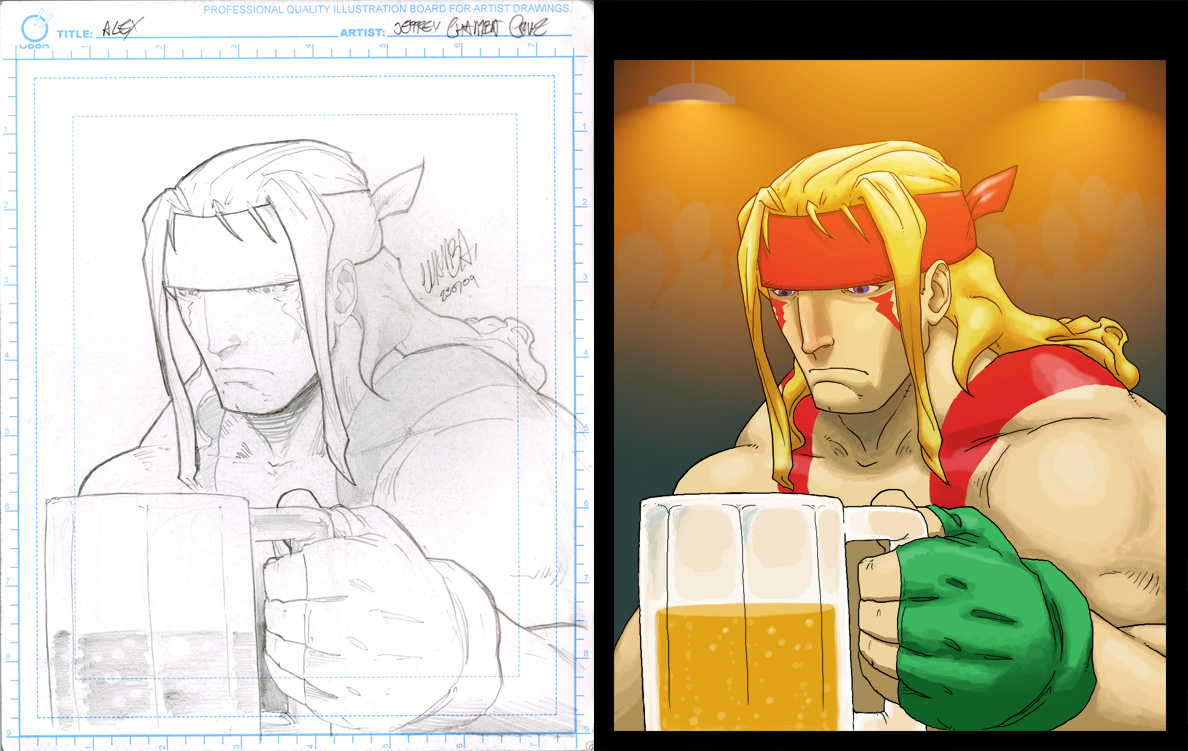 Long story short, when I was attending Comicon good ol' Hans Van Harken aka AlmightyHans commissioned one of the current Street Fighter comic book artists to draw "Alex with a beer mug". He probably had no idea why he was asked to do this, but it's a scene right out of my STREET FIGHTER COLLAB toon, which by the way recently surpassed ONE MILLION views!

I decided to color this thing to match the color scheme in my piece so you could see what a professionally drawn Alex would look like telling dick jokes to Guile.

The picture itself is damn good. You REALLY captured Alex's looks, also your coloring is perfect. Same with you shading. And lmao but you captured the beer looks, i mean, even if the picture wasn't named "Drunk Alex" you would be able to see it was beer he was drinking. You really made it look realistic, i mean, the look on Alex face looking down at the beer. Also, the movie you made in the Street Fighter Flash Collab was fantastic. Funny and everything, but it was long and i can't remember, wasn't this a part from the movie itself? Great work man. If you made more Street Fighter art that would be fantastic. You are a damn good artist, and you just earned a new fan!