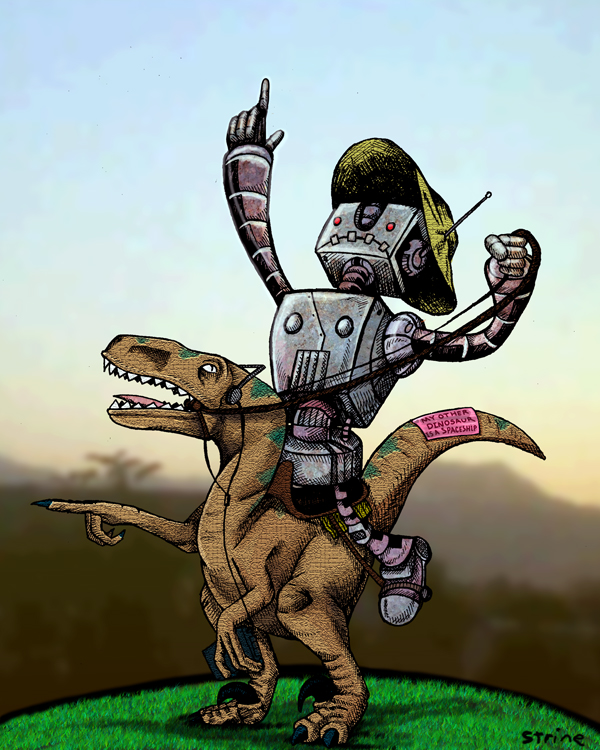 D is for dinosaur

As in, the awesome robot kind totally would have pwned the dinosaurs!!!

This reminds me of that one game where they said it was going to be the best game ever. It had like dinosaurs with laser canons! It turned out to be a boring game, but that was the joke, as it was April Fool's Day. The colors in this are freaking fantastic. I hope you're not the Joey you're talking about in your username when you say that Joey sucks. There's something on the tail that says, "My other dinosaur is a spaceship".

This is just made of awesome. An awesome looking robot riding an awesome looking dinosaur! Now THIS would be the best game ever made! The backgrounds are superb too. It looks like it's taking place in the desert as I think I see sand but there's also a mountain in the background so maybe it's more of the Old West.

This is full of win. Robots on dinosaurs would make likely one of the best movies ever...

And this one is really cool !
I like the textures in the dinosaur skin
and all the details you drew

nothin like scourging through newgrounds to find a robot riding a dino! amazing!! keep it up man

This is by far the most realistic drawing I have ever seen in my life.