The Book of Intellect 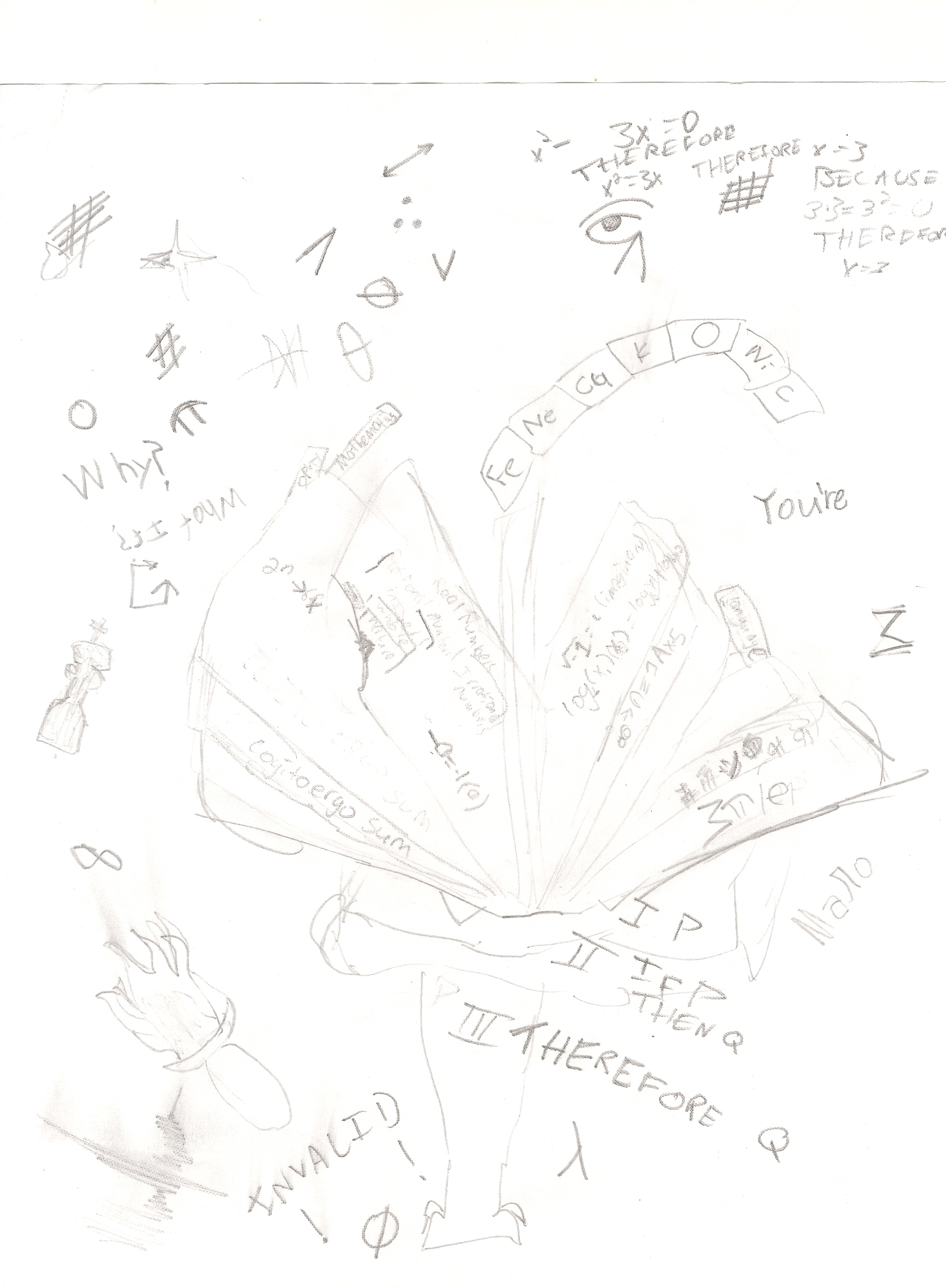 In this book, lies ever single spec of knowlege any human could ever need. Understanding it, however, is more difficult than you may think... In library of the three aspects, along with the other two books of sacred excelence, It exists.
Where this is, a very select few know. It has many chapters, which consist of these several important aspects of knowledge. The first chapter, language, where it has a vast knowlege on the english, Italian, German, French, Latin, Japanise, Chinise, Vietnamise, Russian, Ukrainian, Egypian, Mayan, Indian, Persian, Greek, and several other languages and their correct grammars and nomenclature. This also has a list of all Oriental charactars and all letters or symbols used for a sort of nomenclature. Next, lies all things about logic and philosophy. In here, are contained many great teachings of Socrates, Aristotle, Descartes, Confucius, and many other philosophers and intellectuals.
It also shares many points on how to give a good, stable, strong argument, with logical and rational reasoning.
Next, is history, from the dawn of man, to a few seconds ago.
After the short history section, Is earth science, kinematics, chemistry, biology, and astronomy. It explains several things about all things biological about the universe, the possibiblity of life forms on planets throughout our vast universe, and the smallest things, even smaller than atoms, neutrinos, and string theory, and physics of motion. It discusses the makeup of the universe, and just so many far out things. It also tells about the physics of motion, and how things move and all that stuff. It has a large lists of elements and compounds, and several chemical reactions, and just a lot of stuff. A hella lot.
Next is mathematics. From basic addition, to multiplication, to radicals, powers, to polynomials, to imaginary numbers, to quadradic equations, to derivatives, and calculus, and beyond.
Next is anatomy, arguably one of the easiest chapters. Lists the name of organs and bones and muscles, and how to take care of them correctly, is the essensial topic of this chapter.
They say when this book is read and studied, the person who has read, and understood will gain infinite knowledge, or at least a vast amount. In fact, there is a rumer, some of the great minds of the modern world have read through this book, just a little. Because the great amount of knowledge is insurmountable, It sometimes actualy leaks into the local room, as the book is simply incredible. Please enjoy this drawing, and have a nice day, here on newgrounds.
(Note: The chapters are not necissarily in the correct order.)

this is great stuff on the art. this is neat too. keep up the awesome work
Food123

I can tell this is hard to understand by your comments. :O

Ok. Cool. Thanks for commenting. I CAN HELPS YO WITH THIS
After all, I'm the one who wrote it... All I can do though is tell you about it.

THAT SUCKS!!!!
I thought this would make you smart by just reading it. We have to understand it!? That's just like reading a regular book! NO!!!
I ALMOST BROKE MY BIG DUMB BRAIN THIS IS SO FREAKING FINE
I like the art though.

:P Knowledge is not acquired by looking, It is acquired by seeking, observing, and understanding.
I can share some of my own knowledge with you, if you want.

Joe27 has not been scouted yet.

Browse undiscovered artists if you'd like to help scout talent!