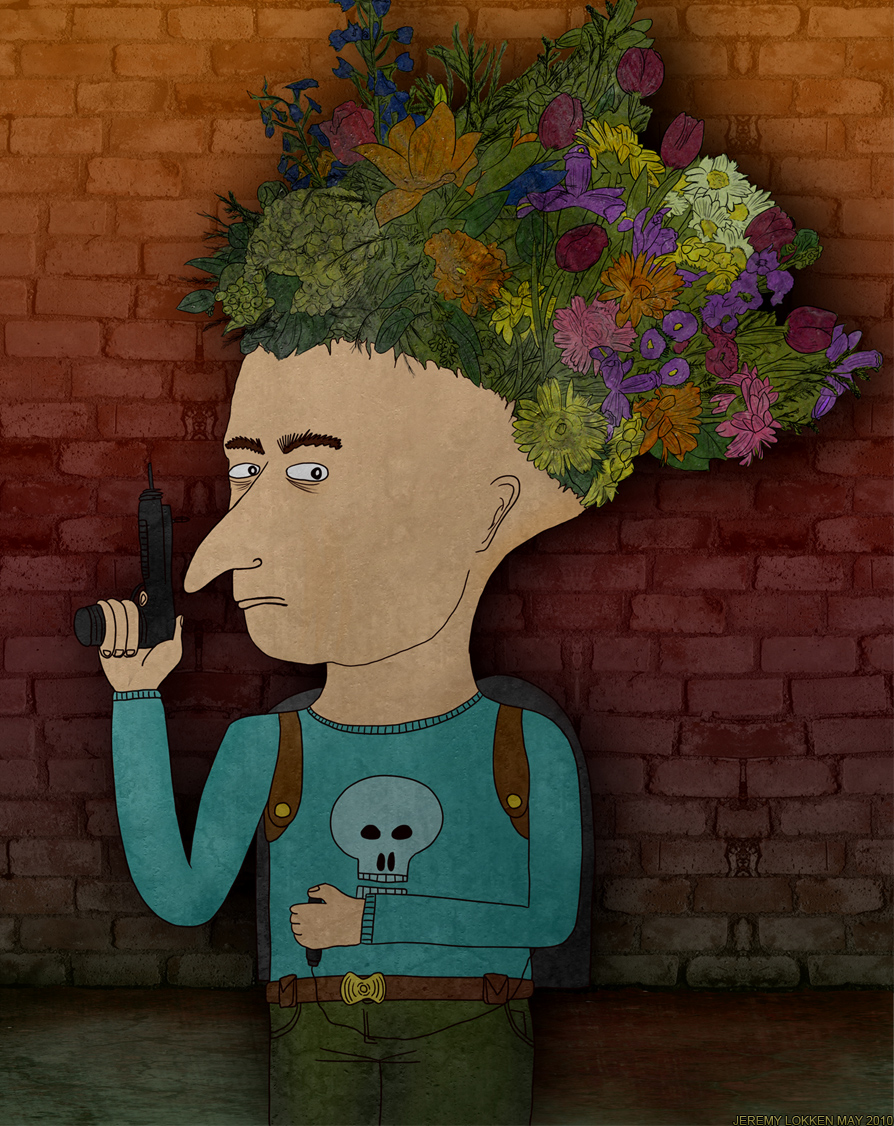 I couldn't tell if this was supposed to be. I guess it's probably just meant to be a ridiculous surrealist work because you have done stuff like that before. The coolest thing is looking at the detail he put into the flowers in his hair. I have no idea what's going on, but overall it's pretty well done. The bricks in the background are extremely nice as well. I even liked the grass that's in the fore/background because of how sketchy it is.

It's weird because Agent Argento is the most cartoonish thing about this. His nose especially makes him look silly. I like how all his facial features just seem to be pointing to the side of his face that he's facing. It looks like his gun has a dart or something on the end of it. Probably the only reason I didn't like it more was because I couldn't understand if it was supposed to be a joke or serious or what.