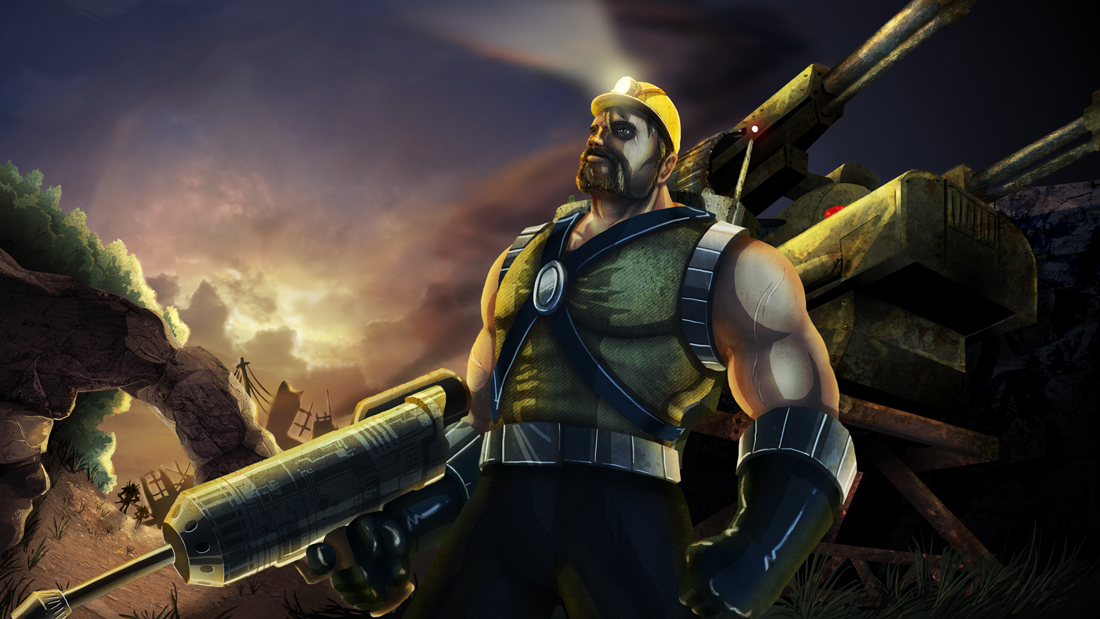 I assumed that "The Engineer" was the name of one of the "Team Fortress 2" characters. I was about to write, this doesn't look anything like him. It makes more sense now that I know he's an original creation. I think you put a wonderful amount of detail into this picture. I just now notice the stuff in the background and the machine behind him. It looks more like he's going into battle instead of digging.

Of course, this being the Internet, who says he isn't doing both? The illumination is wonderful. I like the power lines in the background. It's just a little something that lights up the scene. Well, I guess his helmet does that best, lol.

All I can say to this is: "Buildin a sentry!"Nice.