For the month of February we have disabled ads on all E-M content. We need 218 people to reach our goal of 3,100 active supporters. If we hit that, we'll continue with a new goal in March! 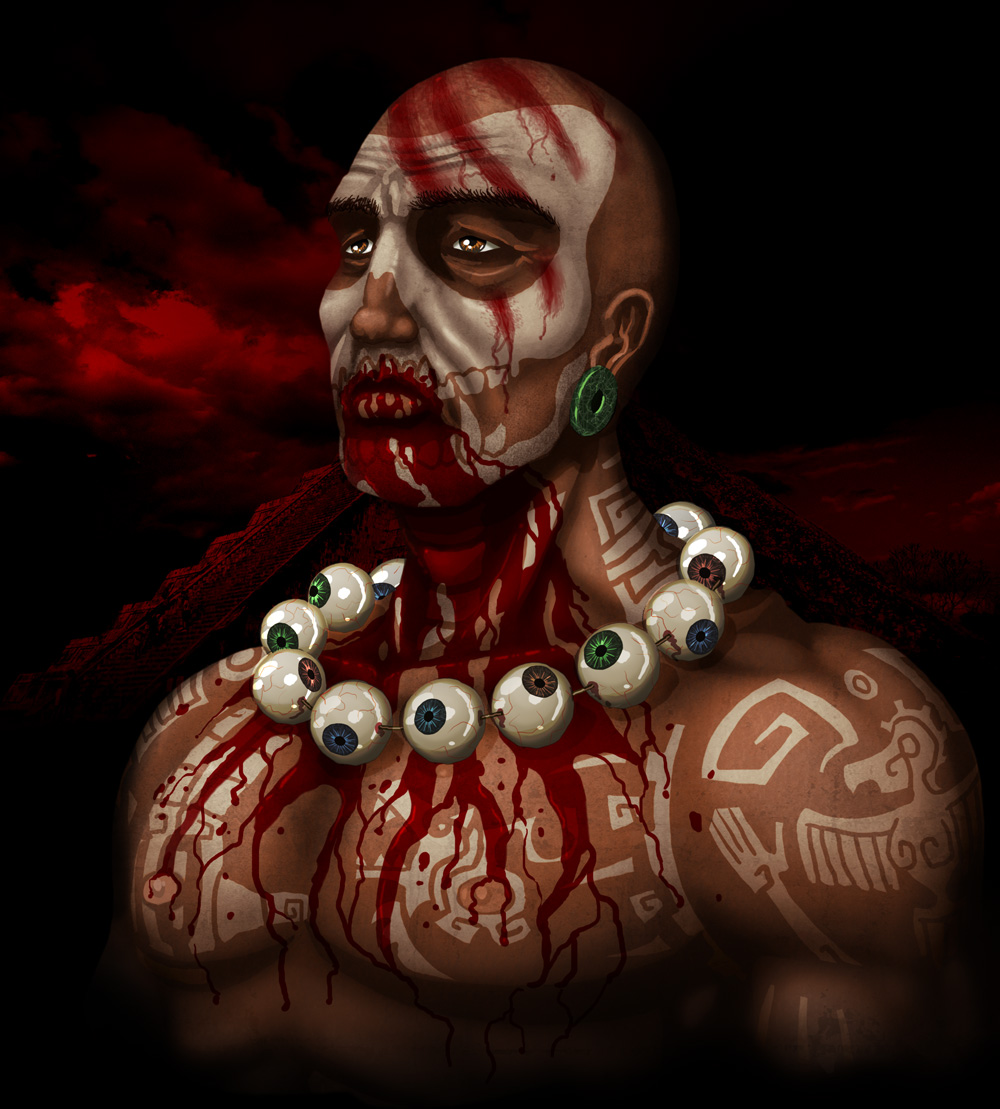 Mictlantecuhtli is the Aztec God of Death.

He was one of the principal gods of the Aztecs and was the most prominent of several gods and goddesses of death and the underworld. The worship of Mictlantecuhtli sometimes involved ritual cannibalism, with human flesh being consumed in and around the temple.

I wanted to mess around with a different painting style to what i usually do and i really like it! Hope you do too.

I thought at first that this was a drawing of the character from "Indiana Jones And The Temple Of Doom". Then I thought it might have been someone from "The Princess And The Frog". Now I realize it's simply a god figure in Aztec mythology. That guy has appeared a lot in popular culture. He is pretty disgusting with the eyes in the necklace. They're pretty well cut out, I guess.

I like how you see that red pyramid in the background. It really gives off a feeling of gore. Interestingly enough, his expression doesn't seem that intimidating. He even looks kind of disappointed. Well, I'm certain he has a lot of blood on his hands.

certainly, you are right, but you know more gods of the mexican cultures?

It's extremely hard to gross me out

I swear to God, in the thumbnail, I thought this would be Kratos, and then I saw the picture, and was like, "wut...". Don't get me wrong it's still amazing. I love you.