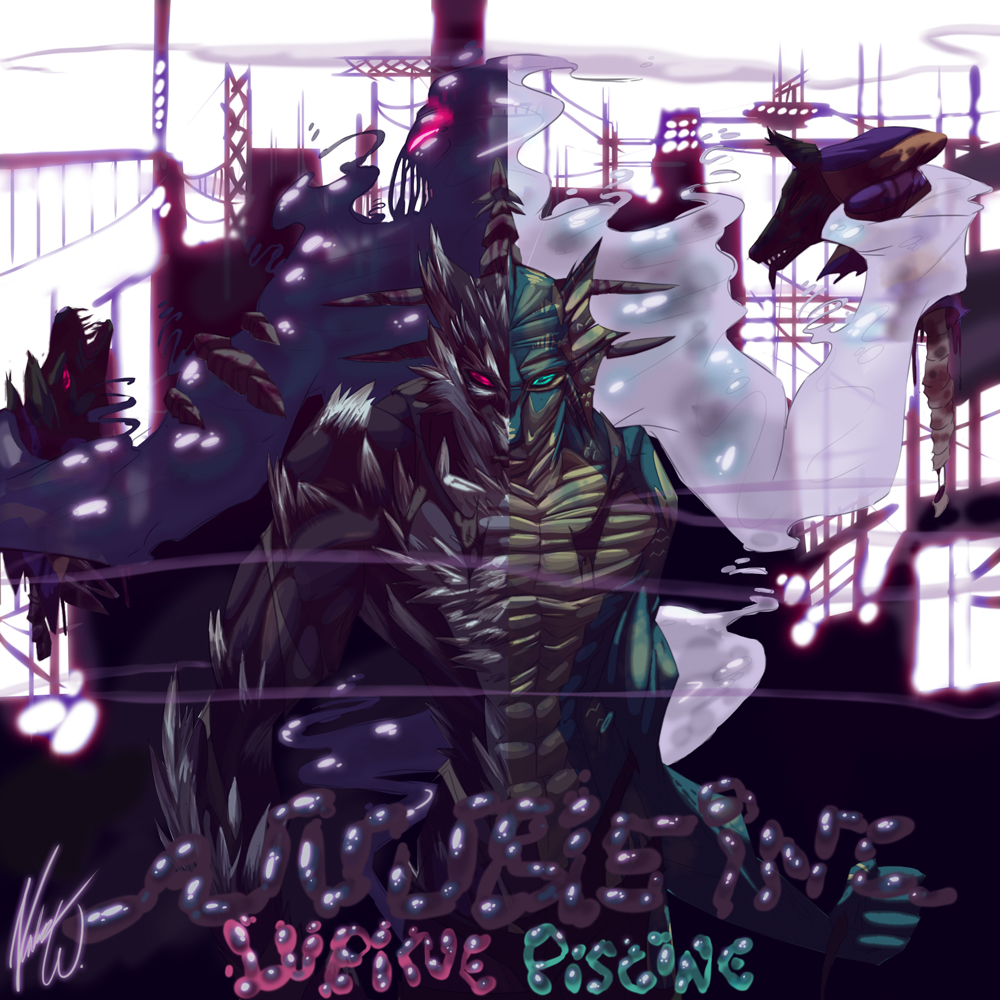 This is a commission from Taizuku, an album cover for his musical posse Anubis Inc., try dat chocolate on fot size babeh, check out their music! http://www.newgrounds.com /audio/listen/483021

The bright, high contrast, very busy background really draws the viewer's eyes away from the dark foreground. Also, I think it would be helpful to do something to better separate the figure in front from the figure behind, maybe by making the front figure a bit lighter so it isn't the same value as the little rocks in the ghost thing. (This would also help separate it from the background.) You may want to think about toning down the highlights on the back figure as they tend to pull the figure to the front even though it is behind the other figure, but brightening up the front figure may help resolve this problem. Another distraction is that purple smoke in front of the figures. It just adds to the busy-ness and interferes with the detail on the front figure. The biggest problem I have with this image, however, it that the text is illegible. This is especially true for the "Anubis inc." part since the color and light value are so similar to the front figure's that parts of them blend together. Anyway, hope this is helpful.

Goddamn son, how'd you get so amazin? I love the lighting/color, especially how it plays off the guy's body there, the very directional lighting. Very awesome. All of my envy! Teach me your secrets!

thanks buddeh :3 I WILL TEACH YOU EVERYTHING AND NOTHING

Nobody commented so I did.