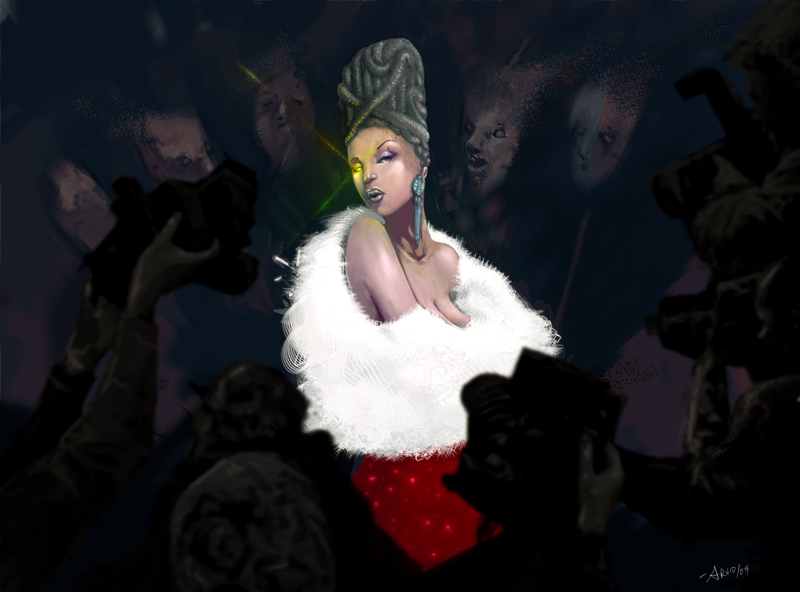 So this was very "NICE" I would have loved to see some much more sparkle like off her earings maybe more sparkles of flashes in the backround from the crowd and such, but overall this was a great piece great character structure and some nifty little details in this art piece of yours.

I think this is a very cool picture. It seems like you're doing a lot of different things with the theme here. I think for the most part, you're saying how cold this woman is. She almost looks part alien or robot with that some glowing eye. The red clothes make it look like she has gills of some sort. It's hard to tell the difference between her boobs and arms.

Was that supposed to make her look sexual? I think the silhouettes are done quite well. It looks like her hair could be made out of snakes like Medusa. The men seem pretty distorted by themselves. In conclusion, it's a nice picture.

Really nice piece. Wish Medusa wasn't smack dab in the middle, but that's about my only complaint. She really pops out amidst all the greys and neutrals.

any artist who can take medusa and throw her in a 1920's look in a paparrzi setting and pulls it off flawlessy has my respect. we can be friends now.