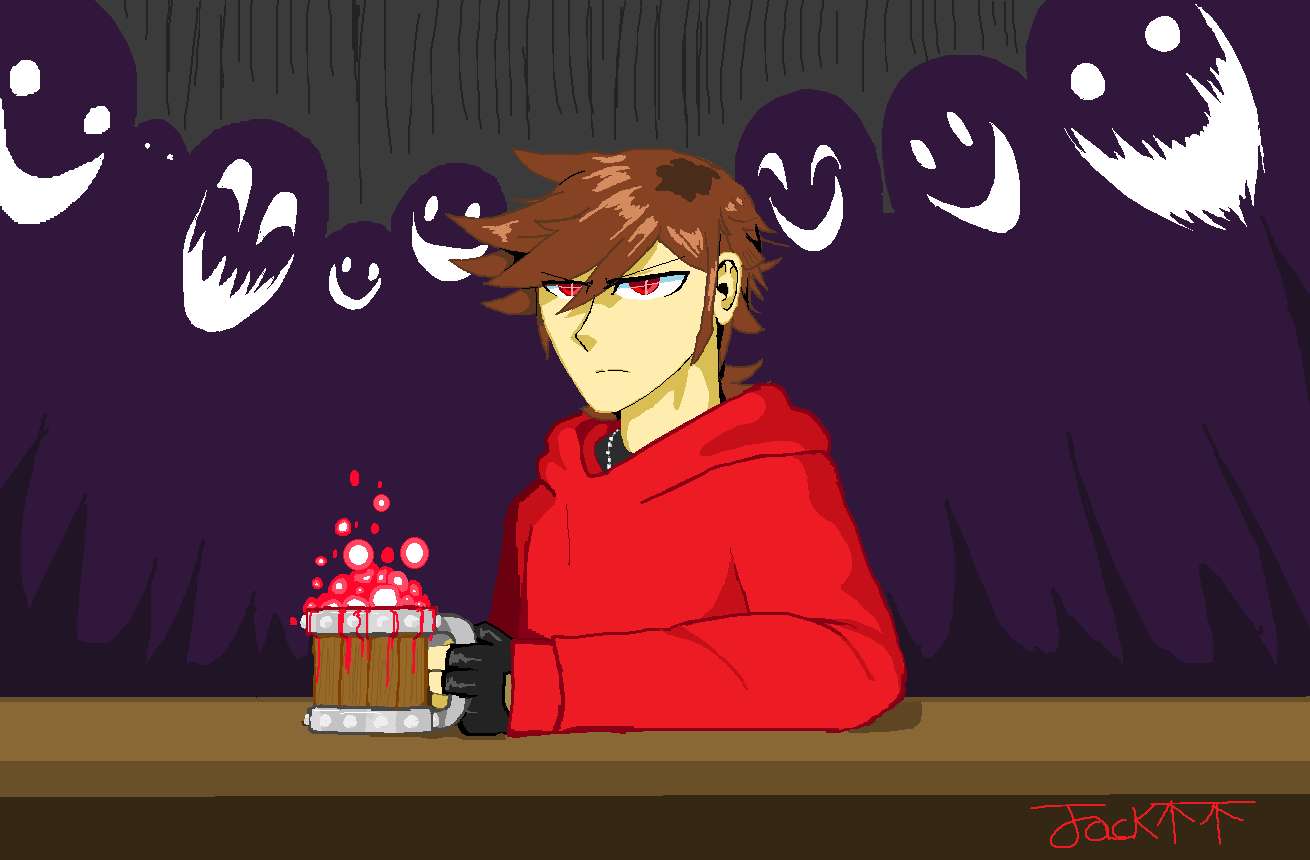 Jack about to drink the blodtorst

Made with MS Paint because my External Hard Drive broke, and I'm trying to recover ALL of my programs

Ask me to draw something!

While Jack was traversing hell, he seeked shelter from the tortuous tundra of The Circle Of Pride

After seeing a familiar name in the menu, "The Blodtorst" and asking what it was, he was immediately met with looks and a few condescending smirks, he got told that it was the best drink on the menu, that he should order it, several people bursting out into laughter before being mocked for even asking, Jack far from discouraged at this point, pressed to know exactly what was up with this drink, since it bore a familiar name

He gets told that the drink has the name of the now thought to be extinct Blodtorst demons (Jack's kind) who used to order it frequently, it contains no alcohol yet it's the deadliest drink on hell, made from the highly poisonous blood of 10 demons of a race called Murkushkan, no demon can handle it, and humans are teased to drink it as yet another cruel way of punishing their pride, and make their inmortal souls suffer for everyone else's entertainment

Jack orders it right as everyone else had lost interest, thinking he now logically wouldn't do it

but Jack simply wants to avoid alcohol, and it seems that's his only option

But Jack simply burps a little, and comments that it's pretty strong, before walking away

After a good minute of disbelief, they begin to call him a cheat and a trickster, saying there's no way he drank it, since that would imply the Blodtorst still existed, and he was one, a fight breaks out, and it's implied that with this boost in energy, after fighting such terribly strong demons, Jack takes this as a fun break to defeat much easier demons, as he proceeds to wreck the place and leave it the same if not stronger than he came in...