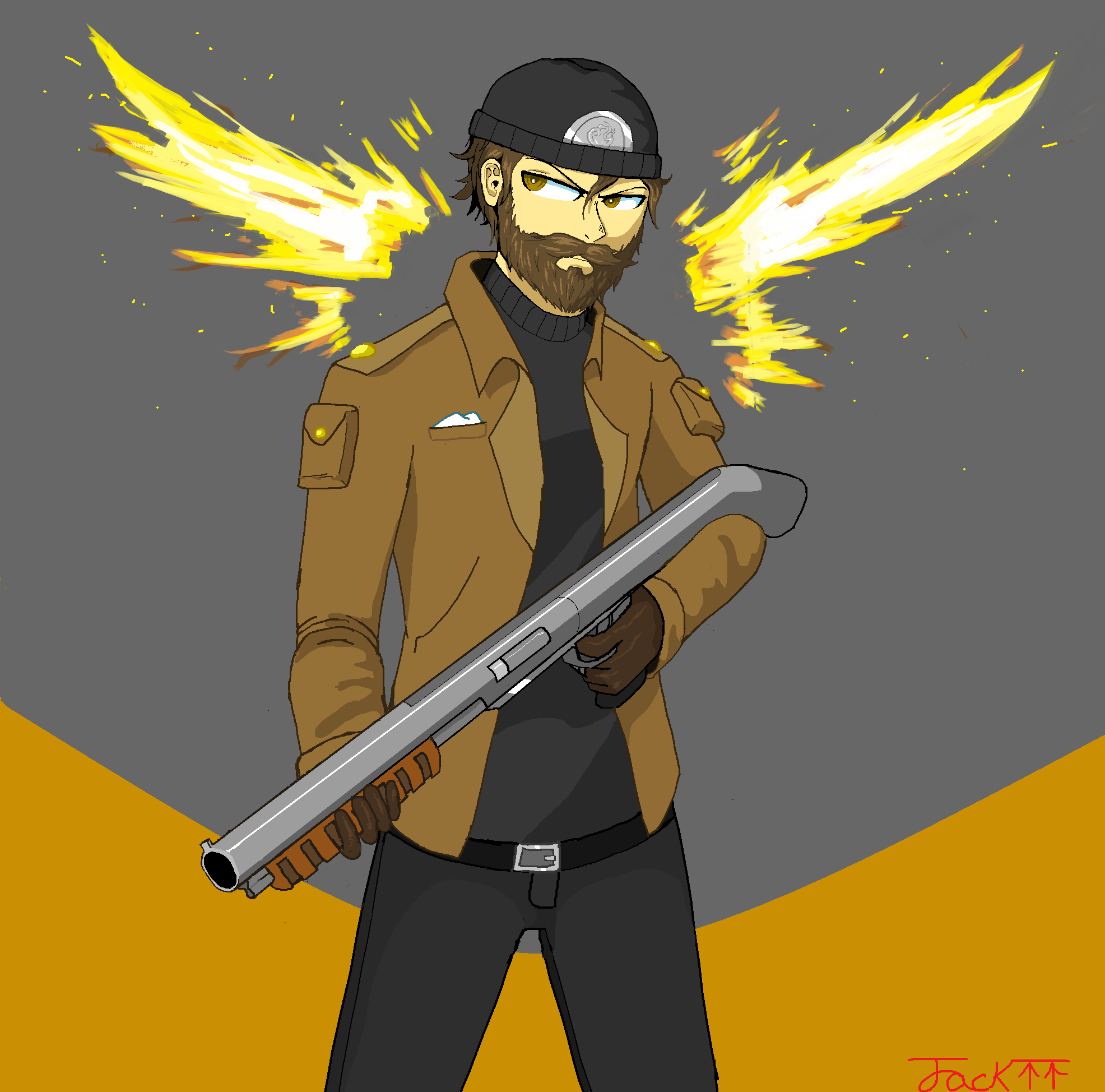 so sorry about that, here's Felix Ember

Son of the famous gunsmith Finn Ember, a man of might who in his path to achieve greatness, only ended up hurting his own family, by leaving his son by himself at a young age, with him thinking he was dead shortly after his mother left him

Felix grew bitter and stubborn to his old ways until his fate in the form of a red hooded man came looking for him at his favorite tavern, so that the second best and available gunsmith in town can help him both get a new blade and help him around the treacherous place, to look for a deceitful sorcerer who had recluited his father to craft him the most powerful weapon to destroy his nemesis and rule over earth

In a story about confronting your past, and the dangers of pursuing perfection, Felix will join the team and discover himself, as well as grow as a person to confront the imposing forge that made him before wronging him the most

Ask me to draw something!