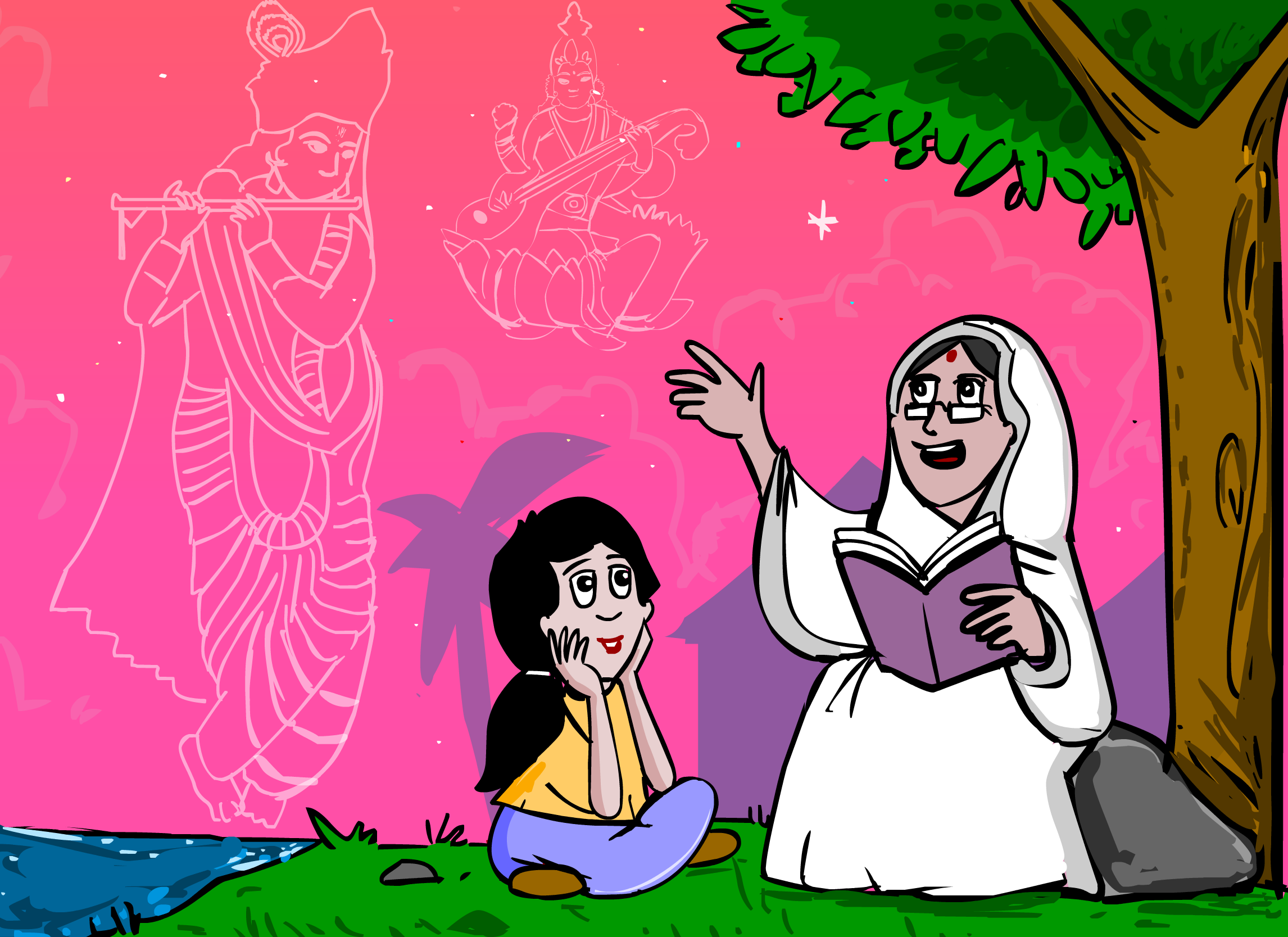 A small girl looks on in amazement as her grandmother tells her tales of the Hindu Gods and their many adventures and magical stories.

I like how you made the grandmother and child so endearing, and how you put the gods as magical outlines in the background. It looks like a picture off a children's book, as is.

I only have one minor complaint: the background is a bit too generic. I'm not a Hindu myself, but having grown up with many different types of friends, some of them Hindus, I've seen the things that they are fascinated with, put into adverts and video footage in Tamil dramas. And from that I can say, a bit more subtle charm to the background is needed. The direct exterior of a village temple, under a tree perhaps? Or a slightly blurried home shrine in the background? Even the background can help tell a story, so that's really something to think about.

P.S. : For an idea of atmosphere for telling a story about Hindu gods: I watched a Diwali ad, several years ago, where the family (parents, grandparents and children) were lighting the oil lamps for Diwali, and during that time, the grandmother (I think) told the children about the story of two children who were challenged by one of the gods, Vishnu I think -- to be the fastest person to go around the universe, and then a reward would be awaiting them. I don't remember one of them; the other one was definitely Ganesha. And it was then that we saw the story visualised in front of us, either in video or in rangoli paintings. The story ends with Ganesha circling round his parents, and saying that they were *his* universe. The ad sometimes goes back to that family lighting up the oil lamps in the midst of the darkness.

There is a lot of mysticism that can be evoked from pictures like these, so do take these ideas to heart. Good work otherwise!

Hi thank you so much for the long detailed review! You've appreciated my work very well and explained improvements I could make to the background very clearly. It's very helpful. I will surely take your advice and use it in my future works :)