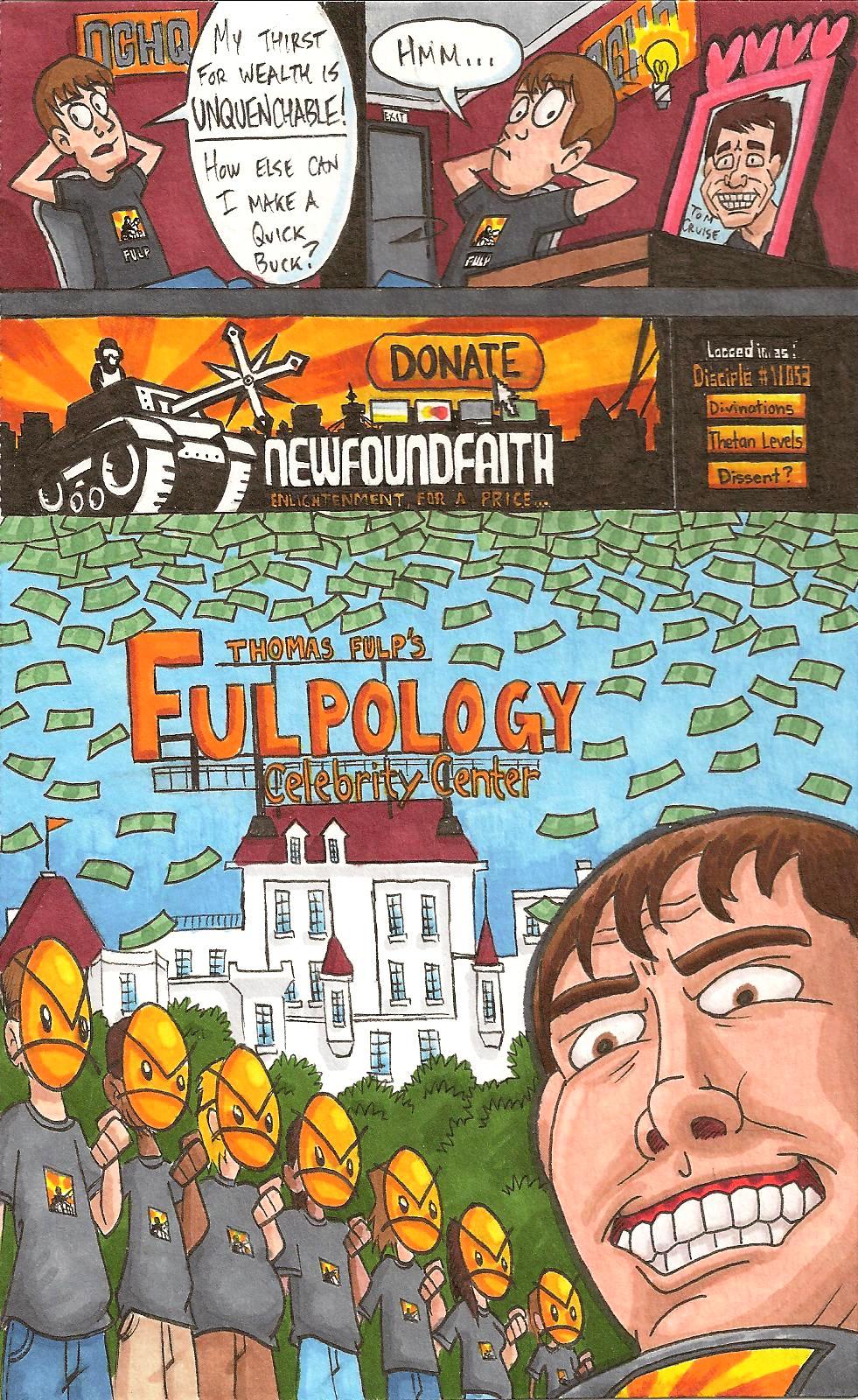 This is my submission to the 2009 Newgrounds Sketchbook Tour. Yeah, it was made entirely with Micron pens and Prismacolor markers. Took about 4 hours total. Also, I drew Tom without a beard since I don't remember if he still has one. If so, I'll add one later.

Hmm, didn't expect to see this front paged 5 months after the fact haha

Hey, with aliens and tankmen, it would be the coolest religion so far! What I really like about this is how good the shading is. It probably looks more like something that was created on an actual sketchbook more than most other submissions. I do find it strange you would have the people wear masks that look the same. It seems more like the kind of thing that would belong to Anonymous, which opposes Scientology. I like how insane Tom looks.

Ooh, I just realized he has the same name as that other Tom. Something about guys named Tom and religions, I guess. I like how you can really see the marker marks so nicely here. It shows a good concern for sharp detail. I've never donated much to this website anyway.

thats fantastic! gratz! you deserve a front page :D
although i think the tankman should either have a angry faic face of a pope hat lol. dosent matter tho lol, its still funny as hell :D

very nice and i think...

... i think that picture says tom cruise am i right?and i guess that im another person to say ``great coloring``