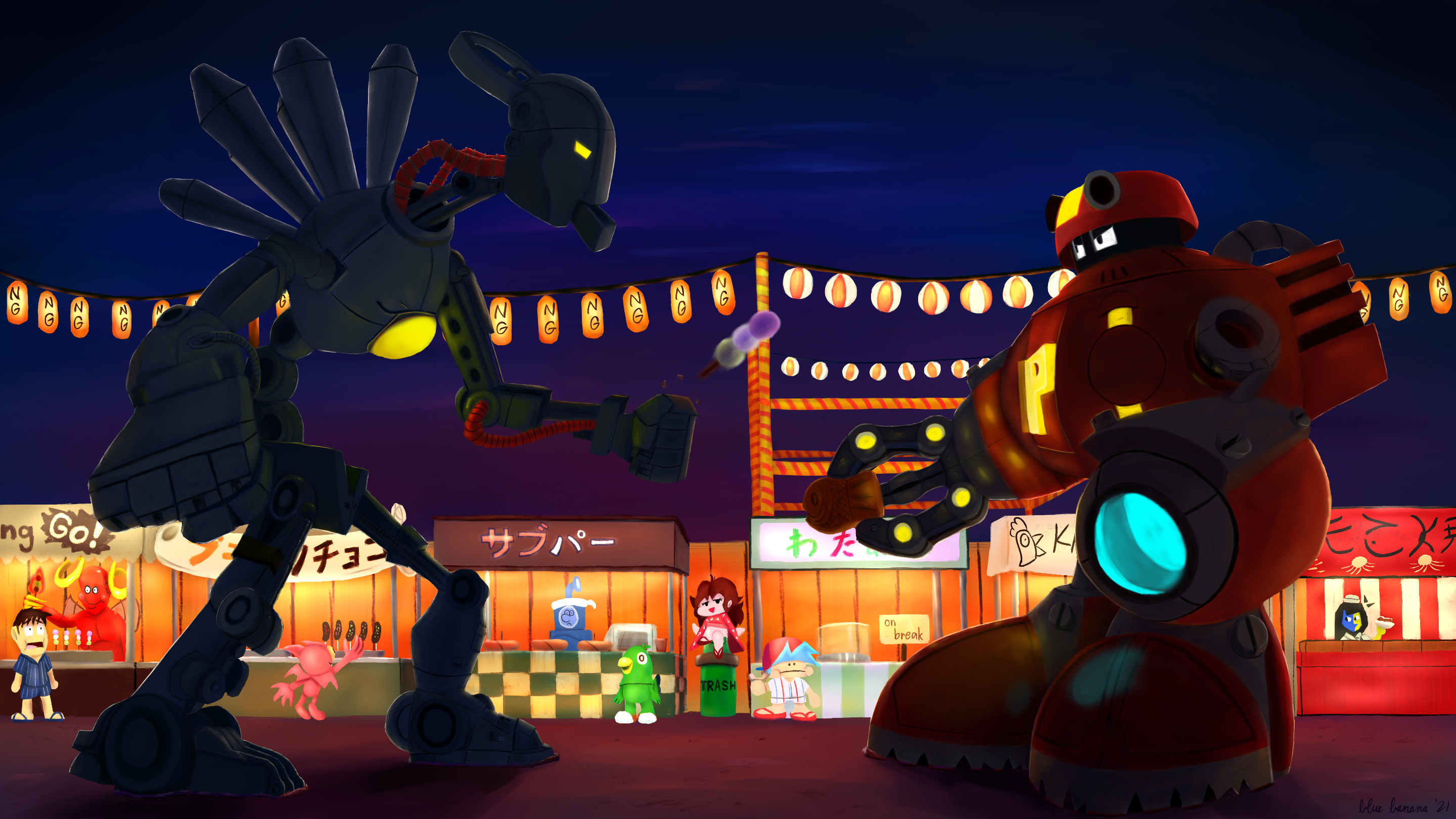 This is an illustration I made for the 01:41 - 01:43 shot of the Newgrounds Summer Festival '21 opening animation!

This was the first collaborative project I've ever been a part of, so I really went all out on this. I was satisfied to finish this illustration earlier than I expected that I had some time to touch it up a bit.

I also made some other backgrounds for a few other shots (video timestamps included):

Background made for Nene's lunging shot against Samurai Asshole (01:17)

Finally, these are the clothing designs for Boyfriend and Girlfriend that I had in mind for my illustration. These were later used in earlier shots (01:22 - 01:29) featuring them since they were made later in production!

Many thanks and big props to @Stanpai for bringing me on this project and ensuring the whole project runs smoothly, as well as the other artists and animators who worked hard on this! Please check them out under the Credits & Info tab on the video page.