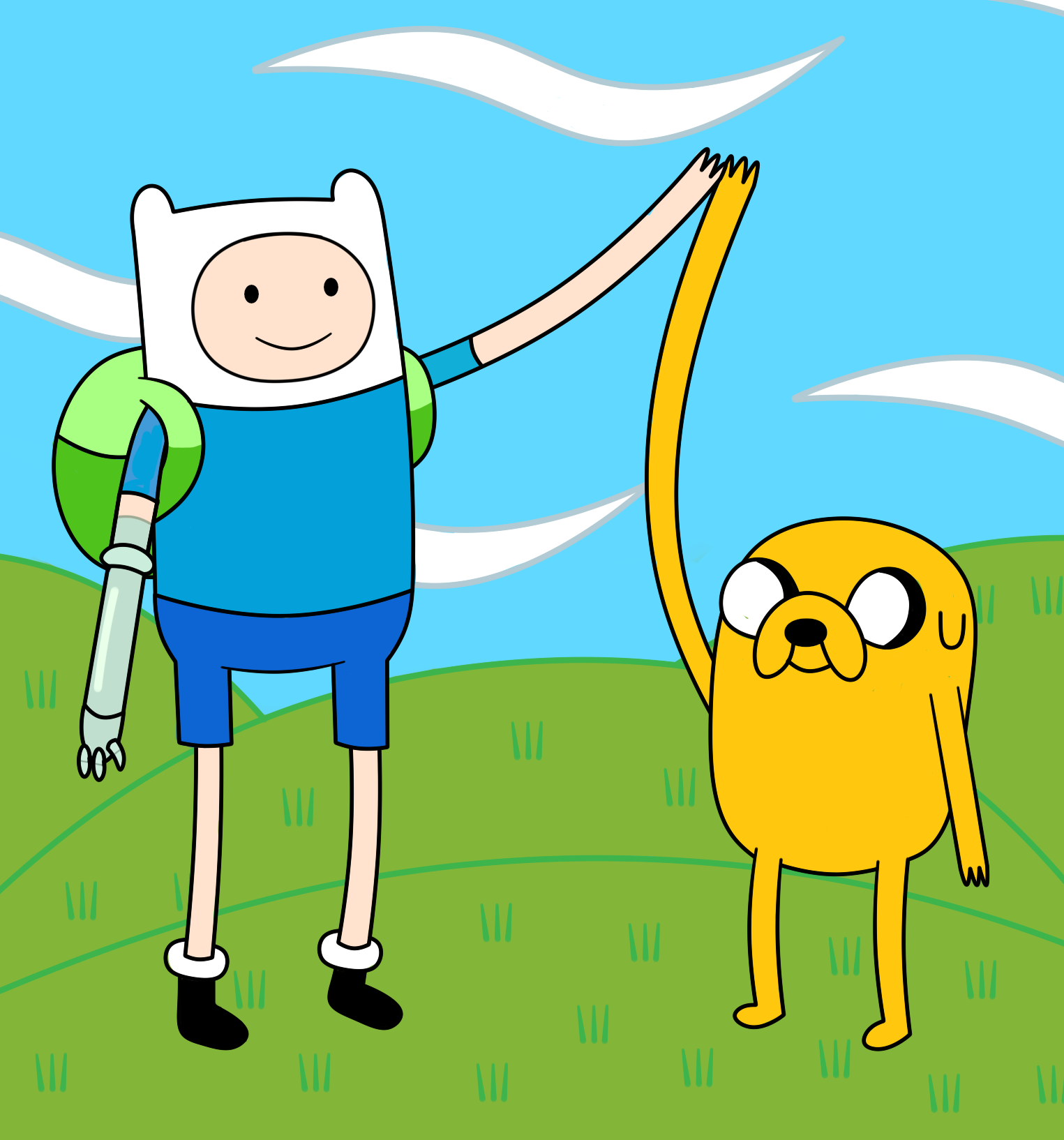 Hi, well, it’s a simple drawing I did a few days ago, it’s basically Finn and Jake bumping into all five (basically watching the episodes again now) and today is Adventure Time’s 10th anniversary. I thought why not show my drawing now.

In addition to waiting for more information about Adventure Time: Distant Lands at some point.

-I leaned over drawing Finn’s robotic arm because I was watching season nine again.

-It is the first time that I draw a background in more than two years.

well I posted it long ago on Tumblr but as they say better late than never!