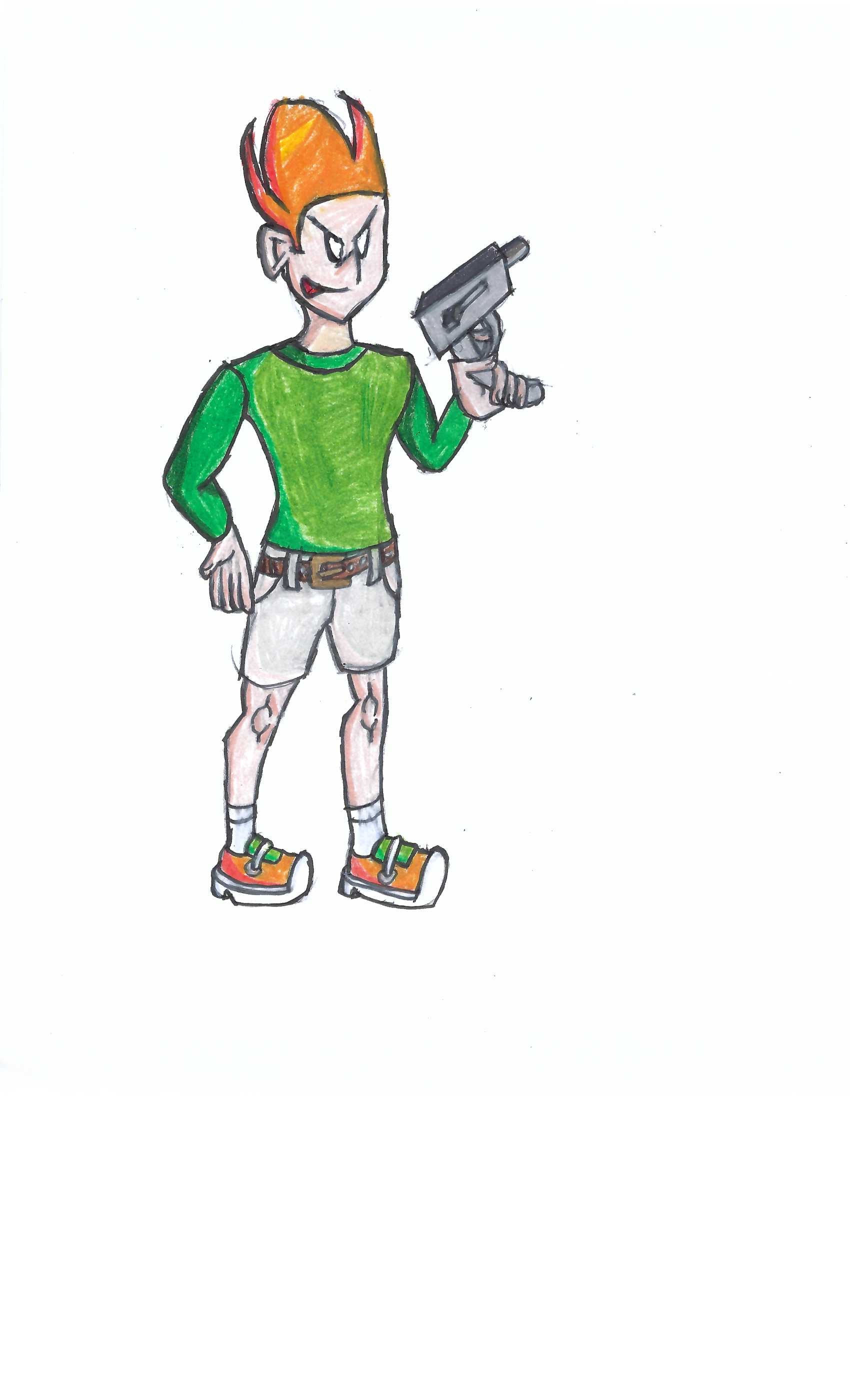 Pico belongs to Tom Fulp. I own nothing. However, if Pico were to make a guest appearance in Mythos Space Detectives, he would do so alongside Darnell and Nene as they teamed up with the Detectives to stop Cassandra, Piconjo, and Void Clan Rift from teaming up to destroy the gems of the multiverse. In Pico's case, he would team up with Avatar Iron to fight Piconjo. And yes, I finally got my printer's scanner to work, thank the stars. Hopefully, from here on out, no problems should be had, and I won't have to use my IPad's camera.