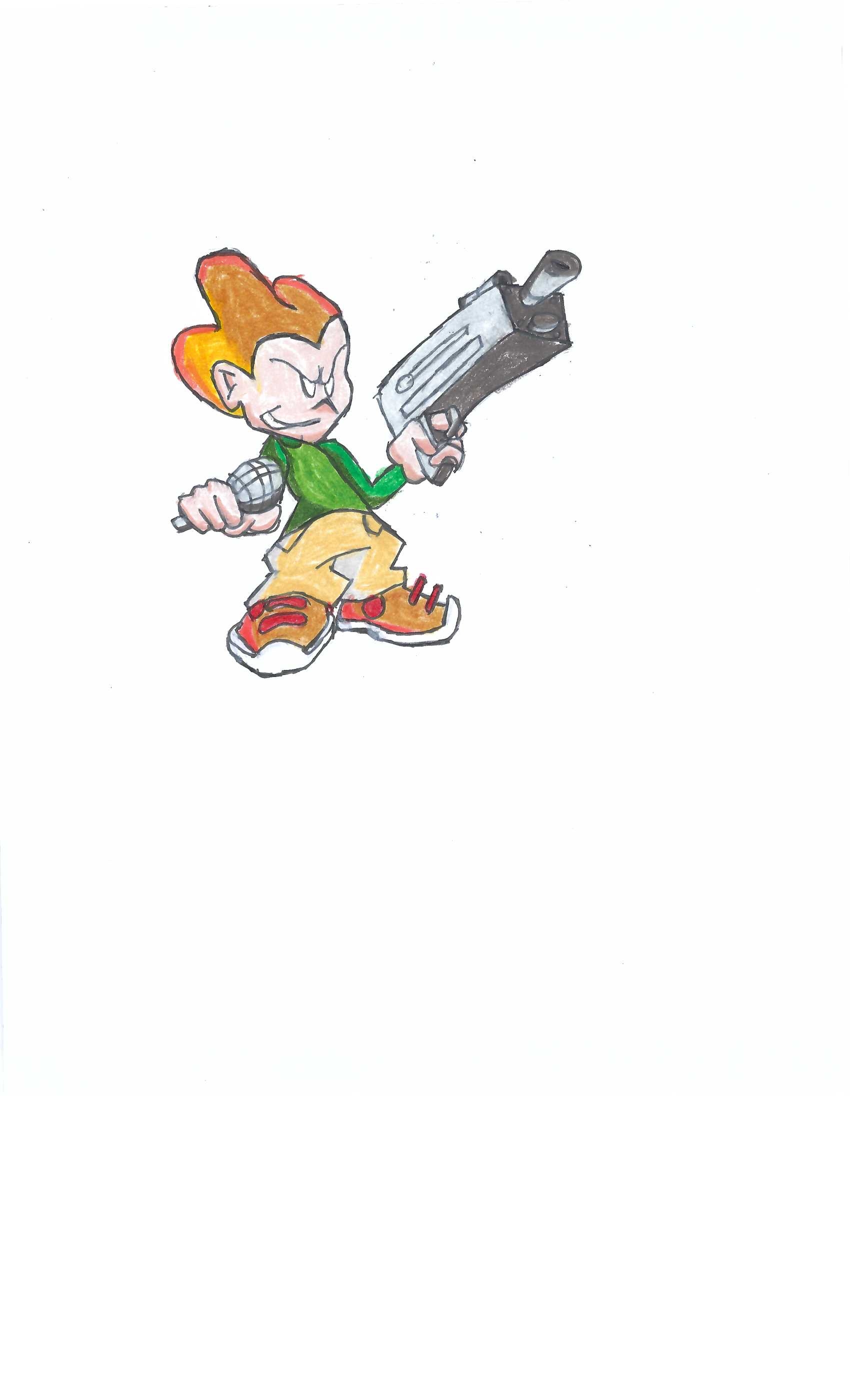 This is a concept for a Pico Sprite for a mod I will hereby refer to as "Friday Night Funkin with Lyrics," a mod which adds lyrics to the songs on both BF and the opponent's sides. It also adds a storyline based off of what we know has been confirmed so far by the Friday Night Funkin' Crew. It may also end up being what Pico looks like in Mythos Space Detectives. And don't you go criticizing me if it looks similar to KOLSAN's version, cause I ain't tolerating that crap.