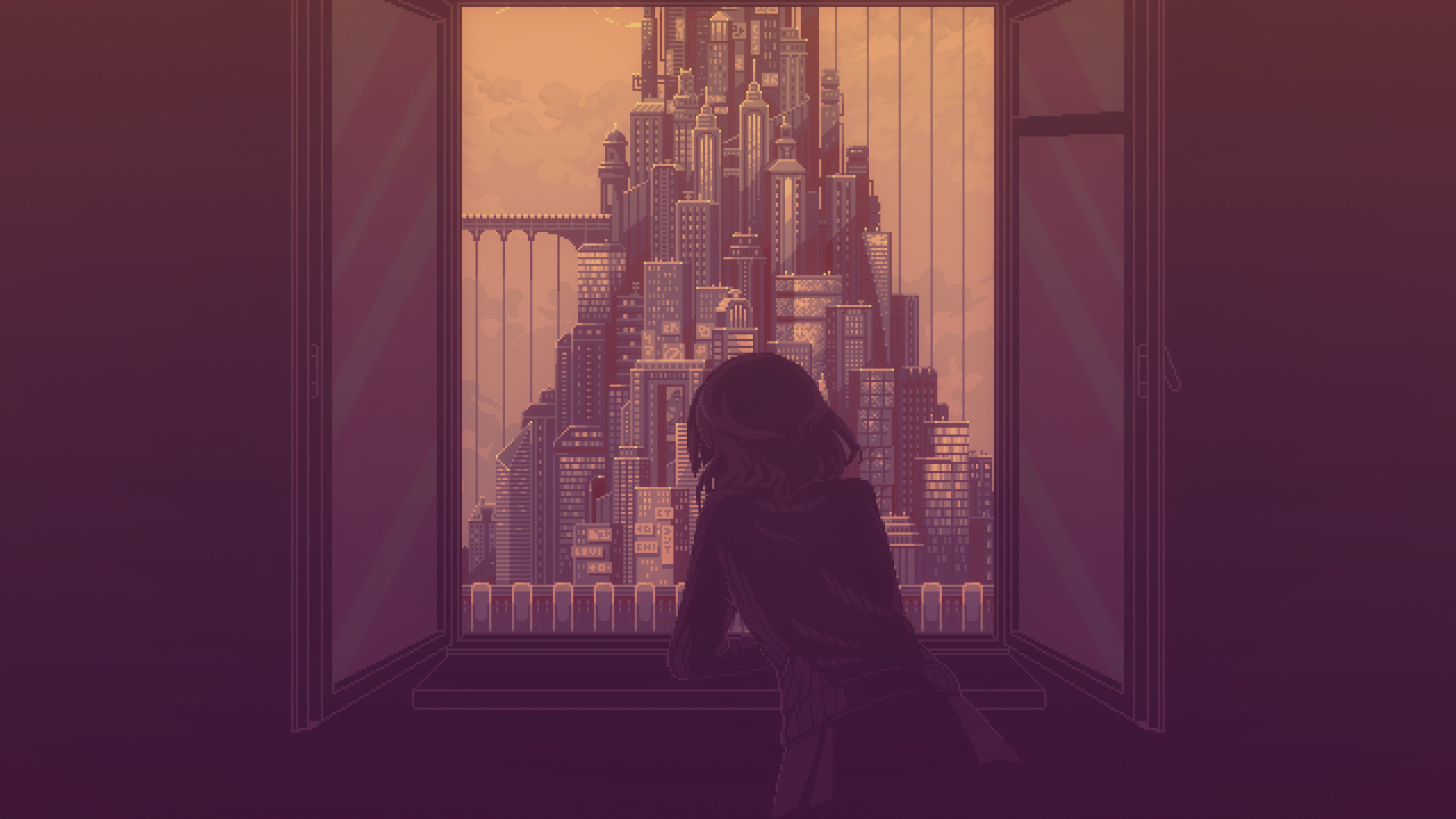 A CG art for our game in development "Last Ditch Effort".

For more info on the game check out my post here: https://ioruko.newgrounds.com/news/post/1114894

3-4 years ago I found out about the Hotline Miami 2 soundtrack. I listened to the entire thing again and again AND again AND AGAIN for weeks and I would've bought it without thinking twice if i had the money for it.
When I finally bought the game I couldn't stop playing it, mainly because of the soundtrack, but the gameplay was really good too. I am sure about it now, I was in love with the music and I still am. Today HM2 is still in my top 10, which means a lot, because I played a ton of video games. Maybe it is not objectively better than the ones that were ditched to make space in my list, but it formed an emotional bond between us.
HM2 led me to get more into synthwave, which helped me find my best and probably only true irl friend by listening to Turbo Killer by Carpenter Brut with terrible earphones that let the sound out. Besides this, It amplified my experience in other indie games that had the same vibe to them such as Furi and Katana Zero. I like the Furi soundtrack even more, but I wouldn't have been able to experience it the same way if Hotline Miami wasn't there to open the gates for me. Katana Zero is very relaxing and beautiful, even if its soundtrack is not as good as the ones from the other 2, I truly appreciate its whole being. It was created in Gamemaker Studio 2, a fact that motivated me to FINALLY pursue my dreams, decide on buying GMS2 since I dislike Unity anyway, start learning game development and create my biggest project yet.
Those 3 of my favorite games have something in common besides being 3 amazing indie games, they have the same vibe, at least for me. When I think of any of them I get a motivation boost, my mood gets improved and my anxiety fades. I sometimes associate this feeling with LoFi, jazz and piano music (check this out https://youtu.be/Hrr3dp7zRQY), sunsets and clouds, black/green tea, peachy pink (#fea5c3 or #ff78b3) and pixel artwork.
This artwork combines some of my favorite things and gives me the same feeling I have for the pieces of art described above and some extra ones. I loved the "city background" artwork you posted in the past and I love the view of the tower from this one as well. I have no idea whatsoever what Last Ditch Effort is like, but I already can't wait to play it.

Thank you for making this, Ioruko! Your art is amazing.

OMG thanks so much, your comment left me speechless, it's not often that I read this kind of a story in replies to my artwork. I'm glad my work is able to touch someone this way.

This is amazing, I love the color palette you chose.