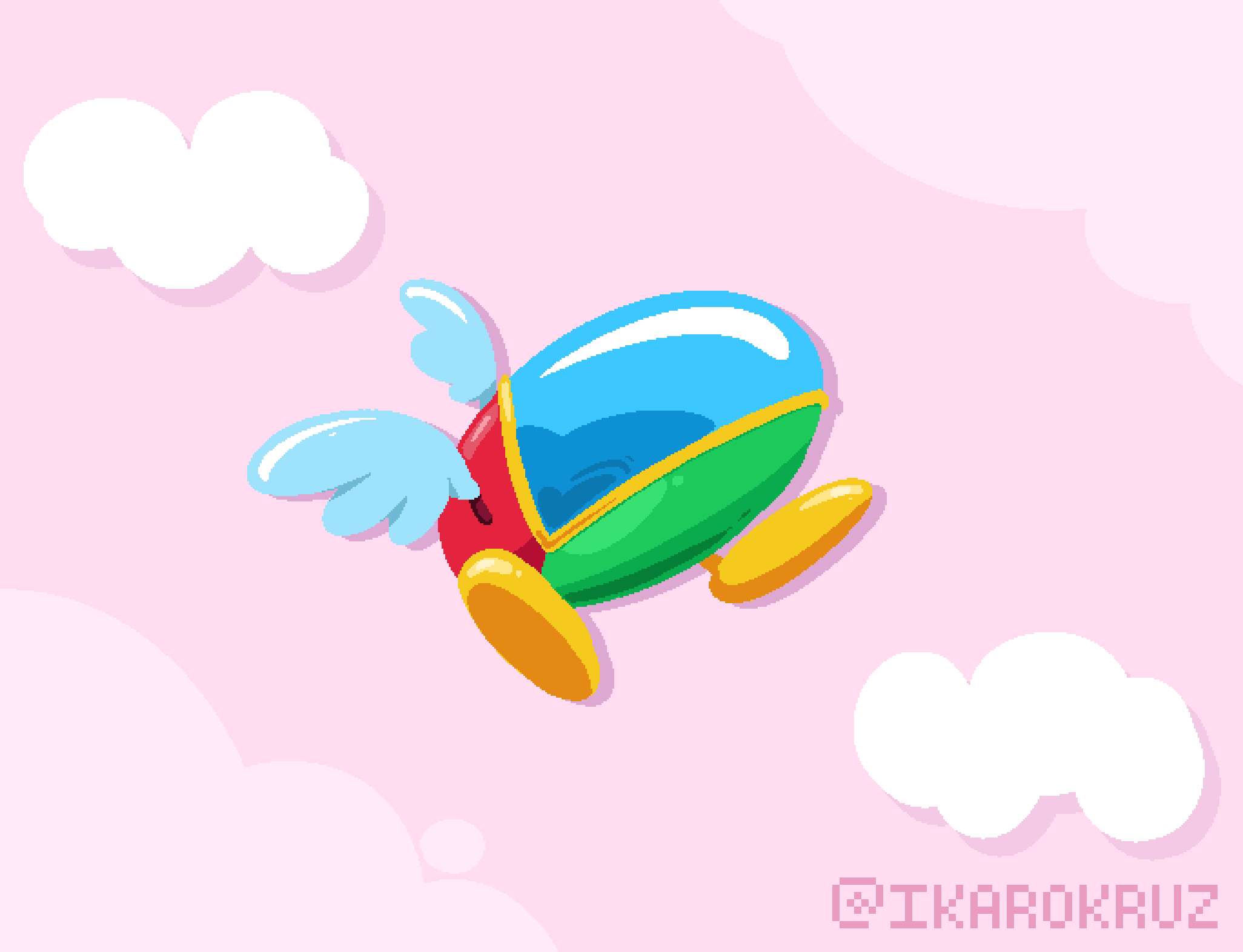 I never played Fantasy Zone but it's such a cute game! ♥

In addition to Fantasy Zone and Fantasy Zone II, and the many ports to different systems of both (in many cases being entirely different games in many respects), did you know there was also an arcade game Opa Opa?

Opa Opa plays similar to Pac-Man and the goal is similar, except instead of pellets you're picking up coins, which get smaller and less valuable the longer they stay around, and can buy powerups in the stage with them. Collect all the coins advances to the next stage and repeat. In addition, there is an enemy spawn tile which you have to touch every so often, or a ton of enemies spawn all over the place.