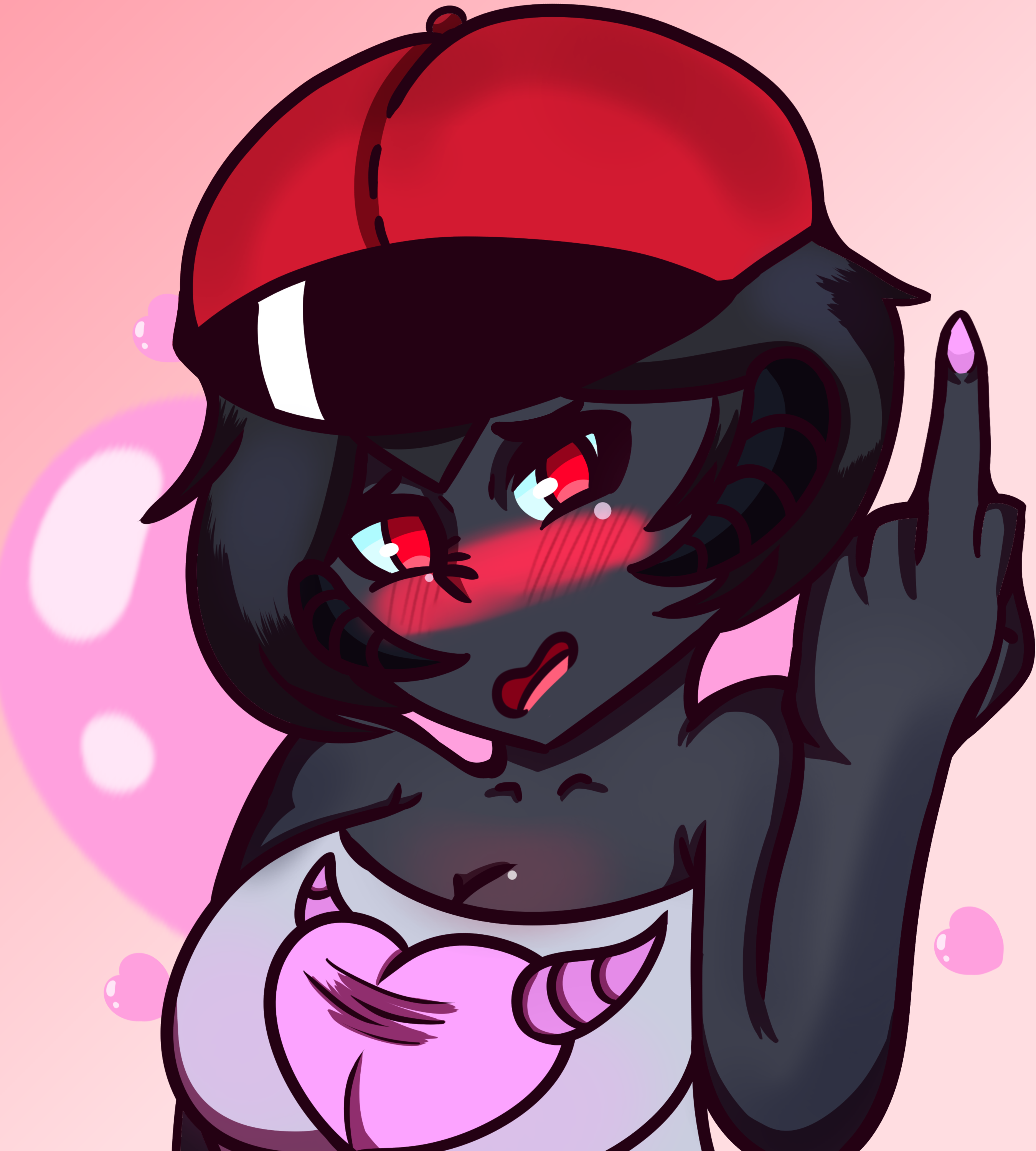 Looking back at your old art and now seeing this, you've improved a lot, wow. You seem to know what you're doing a lot better than before.

At first glance, this is pretty darn good. You chose nice colors for her design. Her pose seems good. And you have that cartoonish glittery-wobbly contour style where there's basically no sharp line ends and lines are slightly more bendy than usual. I like it. Good work.

I'm not really sure where the light is coming from - it's kind of coming from the front, but the shadows around her shoulders and her face seem to be angled differently. More specifically, the face looks slightly flat because there's light all over it while there probably should've been at least a little bit of shading below the hair.

The left arm looks just a bit funky. I think it's because that shadow comes over a part where there shouldn'tve been light. But it could also be because maybe arms can't bend this way. I'm not sure, so I may be wrong on this one entirely.

As for that hand - not bad, definitely looks much better than what I draw most of the time. Granted, it doesn't seem to have as much depth as it should be - a problem I commonly have when drawing retracted fingers. The fingers look a bit flat when they shouldn't. That thumb, though... I'm not sure what to suggest for this one, but it looks slightly off. I don't think it would actually be visible from this angle. But you seem to understand a little bit how the fingers are meant to bend.

Overall, I think that's a solid 3, or maybe a 3.5 star rating. I'd honestly give it a 3.25 one, but I can't. You're pretty good, but I think you may need a bit of anatomy and shading practise. You certainly know what you're doing with the colors!

Shading is something that has helped my art a bunch recently to add depth, the direction is something i need to start considering
The hands i draw are a bit weird saying the thumb is slightly off is understandable its hard to pin point whats wrong with it
Thanks for the review it really helps me improve, looking at my old stuff gives me both pride and shame because of how dogshit it is

Nice work! The only issue I see is that the horns look like they're sprouting from the hair, instead of the hair lying over the horns. Other than that, great art!