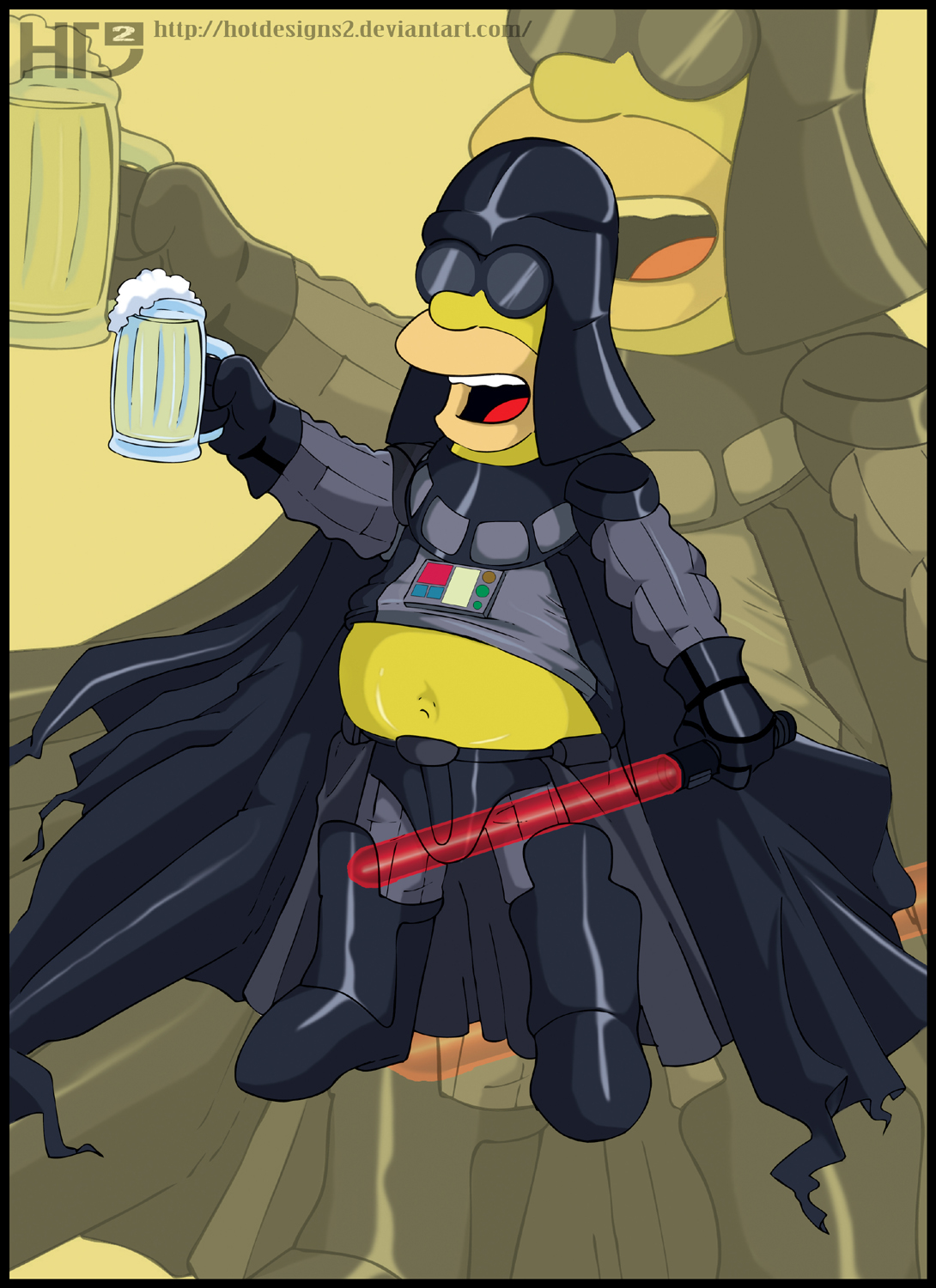 A simple gift to a friend.
The conclusion was made in Adobe Illustrator automatic.
Just a simple reminder. I finished in 2 days.

A cool rendition of homer and vader here, you have some nice detail here seems like some added glow around the sabre would be nice, Stiff line work keeps up with the normal cartoony appearance of The Simpsons, The jutting gut and glass of beer also closely relate to the usual image of Homer Simpson which further emphasizes the humorous twist of the tone, Making the general crossover between a character like him, and Darth Vader is a purely genius move on behalf of the artist, Very strong contrasts that are made to blend nicely.

This is a great picture and it's easy to explain why. It's simply because Homer Simpson and Darth Vader are two of the most famous fictional characters ever. You can't go wrong with combining the two. This comes off as being like Darth Helmet. You know, a goofy Darth Vader parody? The artwork is just great.

It looks like he's wearing sunglasses. Well...different from the ones Vader usually has. Good thing he can drink beer like that. His crotch is really showing. It's just funny.