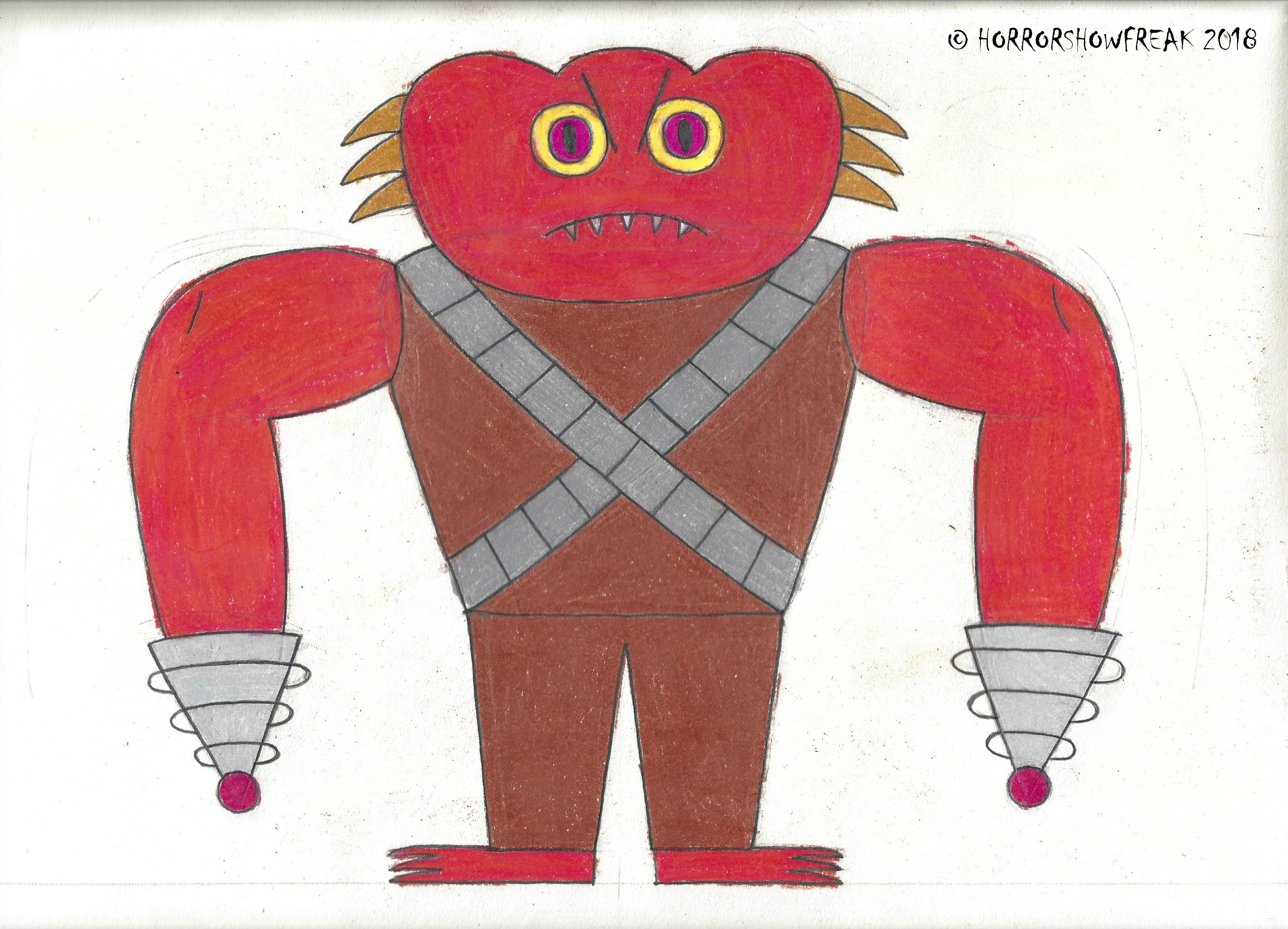 Personality: simpleminded fool, but with a bit of a violent streak if provoked far enough.

Choice of Weapon: his laser hands

Hobbies: hunting, blasting tuff, going along with one of Charlie's schemes.

Dislikes: being told what to do all the time, when his lasers get damaged, losing his prey, mud.

Other Info: Plazmo is the second member of The Anarchy Trio, which is a trio of slashers that are known for getting into a lot of shenanigans in Slashinbern, not unlike The Three Stooges. Plazmo is the muscle/clueless simpleton of the group. He doesn't really know what's going on most of the time and just likes to go along for the ride. Charlie likes to sometimes make use of Plazmo's strength for certain schemes. Though sometimes Plazmo's ignorance can cause certain schemes to backfire, much to Charlie's annoyance. One of Plazmo's favorite pastimes is eating. He could eat a whole truckload of food in one sitting. If you get between him and food, he will go in a violent rampage. While Plazmo isn't the most intelligent, one thing that he is good at is aiming and firing lasers from his hands.

(Note: just like the first two, I did write a backstory for him but decided not to submit it because I was going to make him a minor secondary character. Also I thought his backstory was too close to the first Predator movie and I don't own Predator).