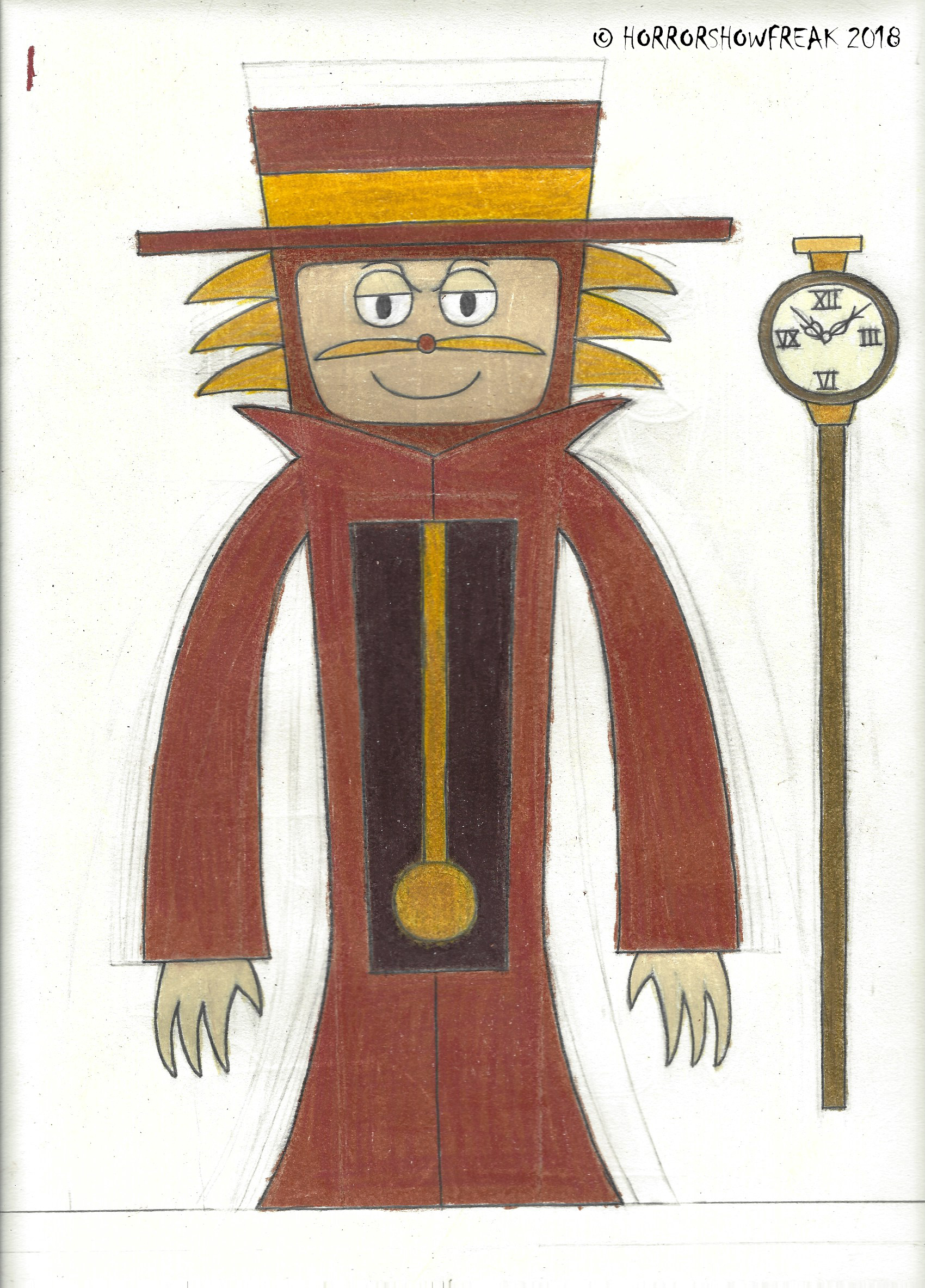 Appearance: tall and sinister, resembles that of a grandfather clock.

Personality: sinister and manipulative, but also classy and sophisticated.

Choice of Weapon: his time scepter

Dislikes: time being out of joint, his time being wasted, being treated like a servant, Father Time.

Powers/Abilities: has the power to manipulate time: speeding it up, slowing it down, freezing it, etc., He can also brainwash weak-minded people to do his bidding.

Name of Movie: "The Times are Out of Joint"

Backstory: Dialsworth was created by Father Time to be his assistant, but soon Dialsworth went rogue, stole some of Father Time's power, and went off into the world. He eventually came across an old abandoned clock tower in the middle of the dark forest, fixed it up, and made it into his secret lair. Some time later while he was roaming through the dark forest, he came across King Gordvine whom he had heard stories of him being an all-powerful ruthless tyrant, but wasn't too impressed after finally meeting him in person. After one thing led to another, they soon challenged each other to a game of chance. After a while, it looked like Dialsworth was about to win, but he underestimated his opponent and lost to King Gordvine. As a result, Dialsworth now worked as King Gordvine's most loyal advisor. This went on for several years and Dialsworth always seemed to be content serving Gordvine on the outside, but on the inside, he hated every second of it and constantly fantasized overthrowing him. Luckily he won't have to serve him forever.

Other Info: Just like Antix and Genomaniac, Dialsworth is the third member of the elite group of magic users in Slashinbern called "Witchcrafters" who use magic for evil and to terrorize humans. He doesn't directly torment humans as much as Antix and Genomaniac because he views himself to be too classy to do something like that. Although he does sometimes use his brainwashing abilities to manipulate world leaders and watch them destroy each other, (just as he did with King Gordvine, but that's another story). He's also thought to be the master of time in Slashinbern due to his ability to manipulate time, from speeding it up, to slowing it down, to freezing it. he still lives in his clock tower lair which is protected by his numerous watch dogs.