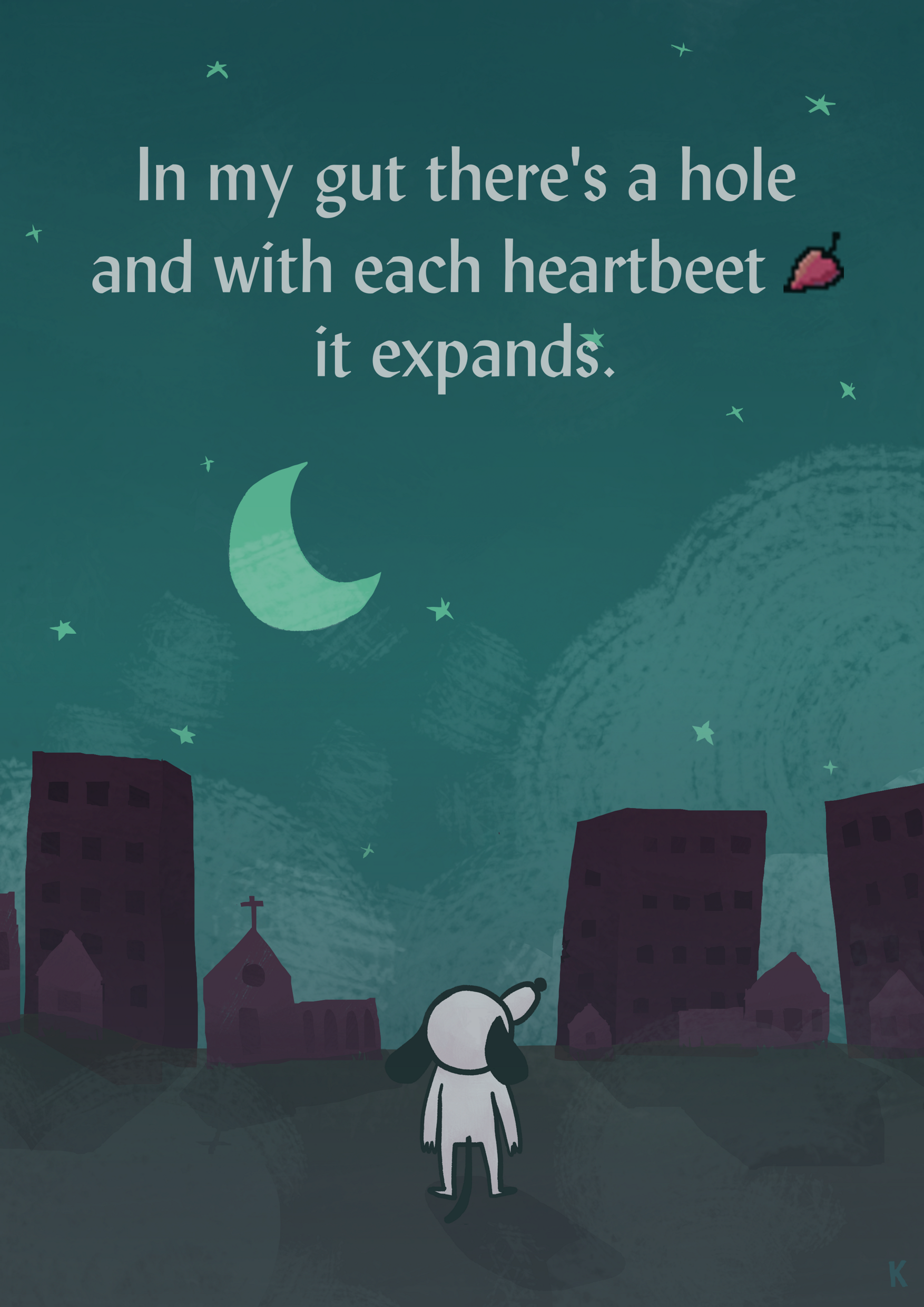 I recently finished my abstract / philosophical webcomic about a depressed dog called Leffe. Read it on WEBTOONS or TAPAS if you like what you see here. :)

Interesting collection! Was thinking there'd be a story at first, a letter that progressed with each page, but it's almost like... one of those motivational books with images to go along with certain quotes. Only not all of them are all motivational. :) Philosophical sometimes, fun sometimes, sometimes just a bit confusing... like the 'danger to myself' one, or the arms reach. Is this generally applicable wisdom? Is it personal stuff? Is it supposed to be more so comical when it doesn't really make sense...?

I REALLY liked both the imagery and text with the 'I don't know the range of my hearing' one in particular, feels like the kind of thing I could have as a poster in my room, and the visuals in some of these were great (well they all were but some were really on another level somehow). Both context and imagery seems to get better with time - though maybe to an extent I'm just getting into this particular style of fragmented reading as it goes...

I feel like maybe it would've been better if the thoughts tied to each other somehow. if, even though they're separate, there was some kind of link from one to the next, a continuity as to the 'letter' of it all.

As it is it's an intriguing trip, and ends in a way that sort of seems to explain everything, but also doesn't really feel like what I thought it set out to be, or like there's a meaning behind all.

Thank you very much for your articulate, well thought-through and interesting review of our book. It's fascinating for me to get an insight into how this somewhat weird project is received by a reader! I sent the review on to my writer, as well.

I think you've got a point about the book being somewhat confusing and lacking in a "red thread". That is also the reason why it never became as popular as my other comic, which has a proper story. Still, Leffe's Letter will always have a special place in my heart.

Again, thank you for sharing your thoughts!