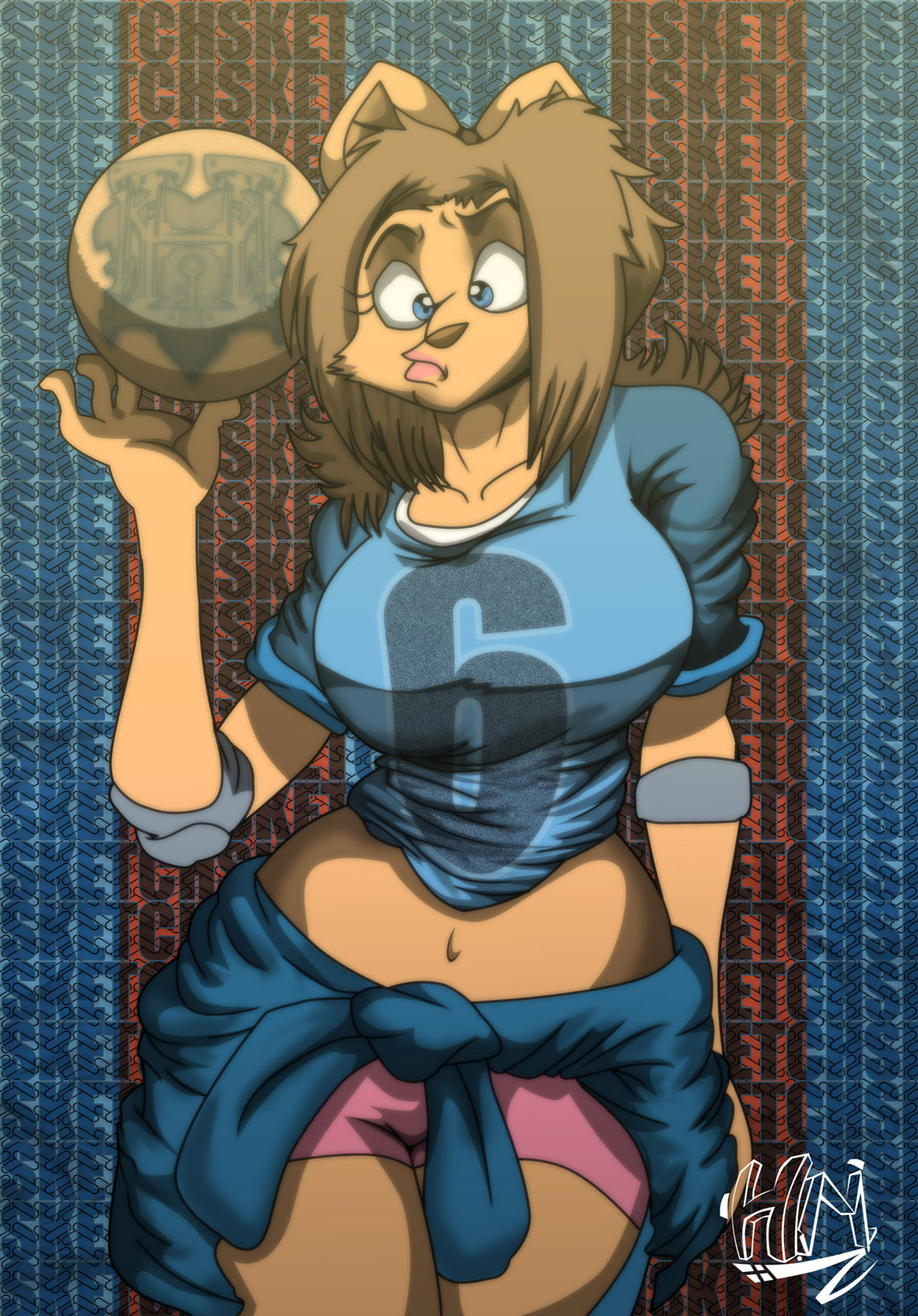 a little old draw that i finish today

you do love pets huh?

Its a really good drawing! Good use of shadowing and proportional. Pretty big on the hips but thats okay. The only thing I see wrong with it is the nose. You got a lot of misdirection going on with her face. Like she's wiggling her nose and looking at it. I can't tell if its the nose or the mouth but one looks wrong. I think its the nose. I don't think it was necessary to add so much cortortion to the face. Maybe holding back on the mouth and the nose would get the effect you were trying for. Ithink crossing her eyes gets the picture across.

Good picture, although I can't make out the volley ball...but then again the focus of the picture isn't really on that "volley ball(s)"