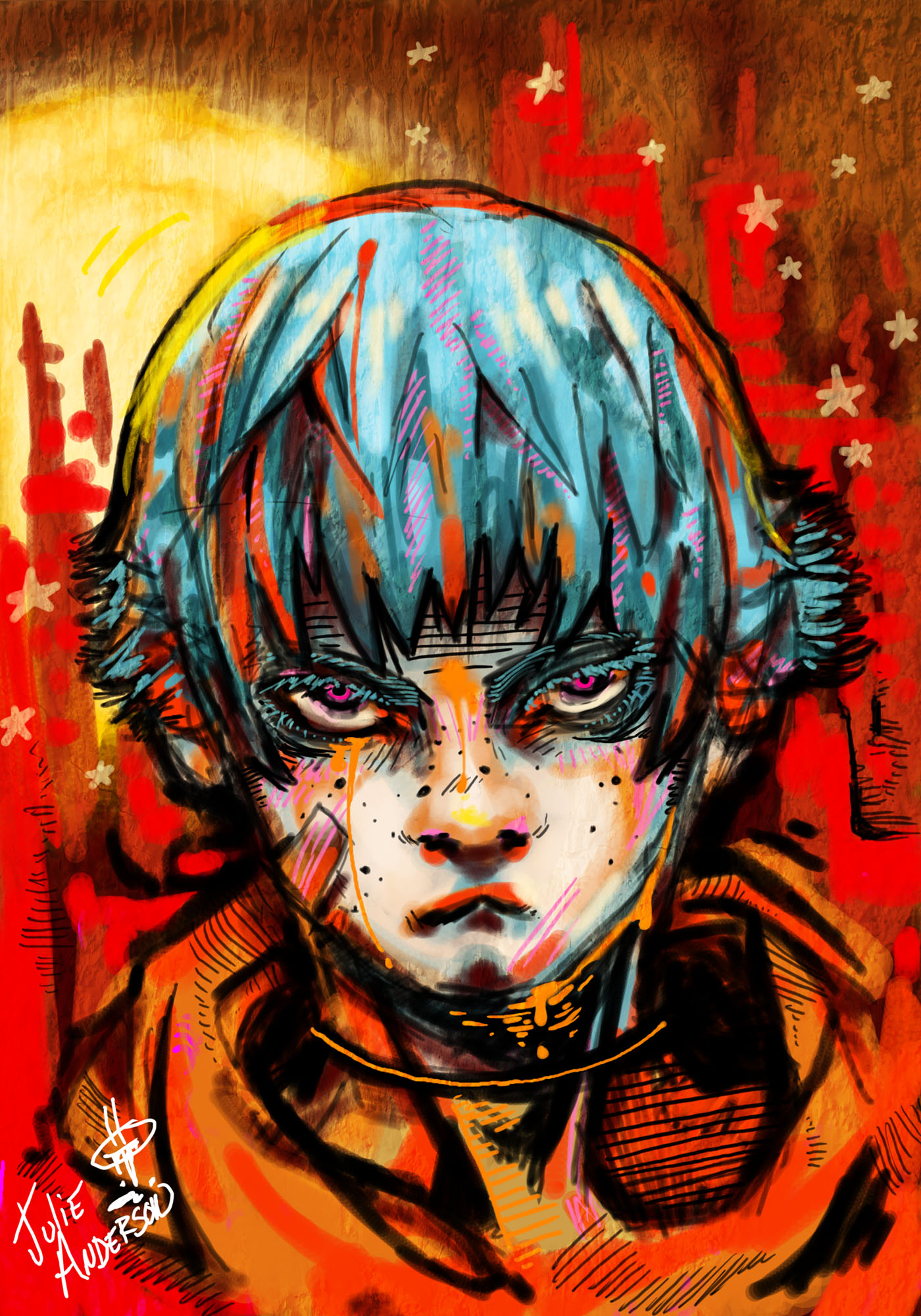 Wow, I don't even know what series this character is supposed to be from, but it's a wonderfully made picture! I think its strongest point is probably how there's such a fantastic arrangement of colors. I love the way the character is just staring there at the audience. There's a huge rainbow of colors that are splashing out everywhere in this. It's a drawing where every single part of this person's body is just practically bursting with color.

There are just so many things going on it's hard to keep track of them! There's those great white stars (or asteriks) in the background. There's the burning pink (don't think I've ever used that term before) of the character's eyes. There's the strong lines on his forehead and clothes. It is simply a flawless picture. Thank you for making such a masterpiece, a picture that drives the emotion in all of us!

I am impressed with how the cool colored face projects from the warm colored background. Again there appears tobe such depth to the charater. Whip up some more!

i love how everything kinda fades into each other.very good, keep it up,kay?

The hair and color scheme reminds me a little of a more mature, and more serious version of Kite from .Hack. Minus the hat of course. The background also reminded me a little of Mac Anu, so that's probably why also.

I highly doubt that's what you were going for, but that's what it reminded me of on a personal level I suppose. I like what you did however and it looks really nice.