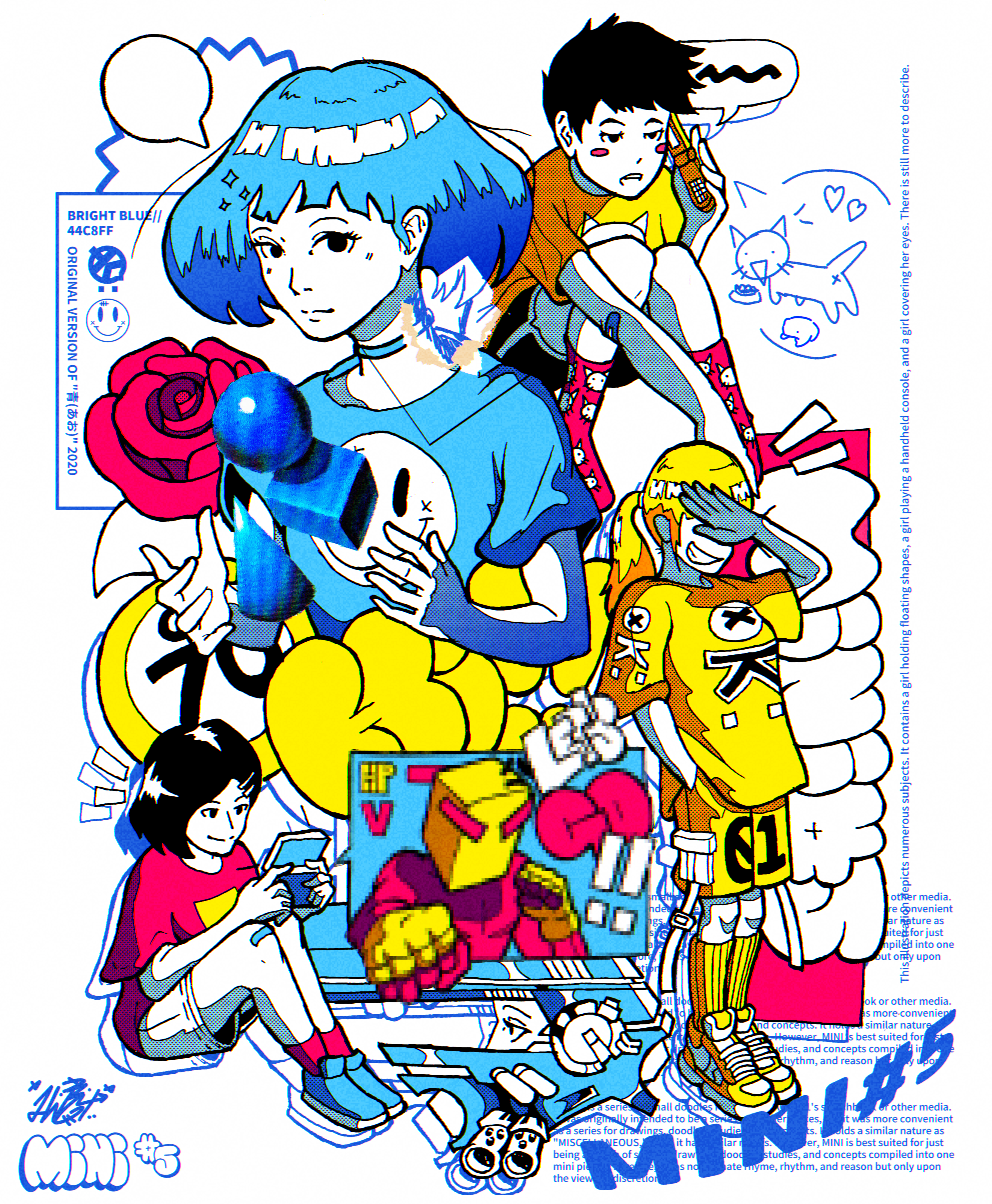 The girl on the top right is talking about the time her cat saw a frog. It sounds like a pretty boring story, but you just had to be there.

Hey guys! Before I talk about the post I just wanted to say THANK YOU for the support from my GENKI GHOST post! I know I get so thankful here and there, but it was such an awesome time seeing all the positive feedback. It was even wilder to see that some people copped a shirt too! I am seriously grateful! Also IMPORTANT NOTE:

I was a fool to not include that in the last post, but I just want to let you guys know. Seriously though, thank you guys so much! You guys rock!

Anyway, let's get back to the post. This is a new MINI! Also, you probably noticed a familiar face, if you guys stuck around with me or seen my older works. The girl on the top left is actually the same girl from "青(あお)//BLUE," but this is actually her original sketch that I drew back in 2020 (hence the year lol). So in the future, there may be cases among the MINI series where an old piece might pop in. This is also the reason why MINIs kinda take a while because I just straight up make one doodle to be a full-fledged piece ha. Well, that's about it when it comes to talking about MINI though. I hope you guys enjoy this one and thank you for the support on GG! Have a good one!

About MINI (as written in the piece):

"MINI" is a series of small doodles found in HIBACHI.X1's sketchbook or other media. It was originally intended to be a series of smaller pieces, but it was more convenient as a series for drawings, doodles, concepts, and/or studies. It holds a similar nature as "MISCELLANEOUS," since it has similar motifs. However, MINI is best suited for just

being a bunch of smaller drawings, doodles, studies, concepts, and/or studies compiled into one mini piece. Therefore, it has no ultimate rhyme, rhythm, and reason but only at the viewer's discretion.

i love this aesthetic!

this is fuckin sick