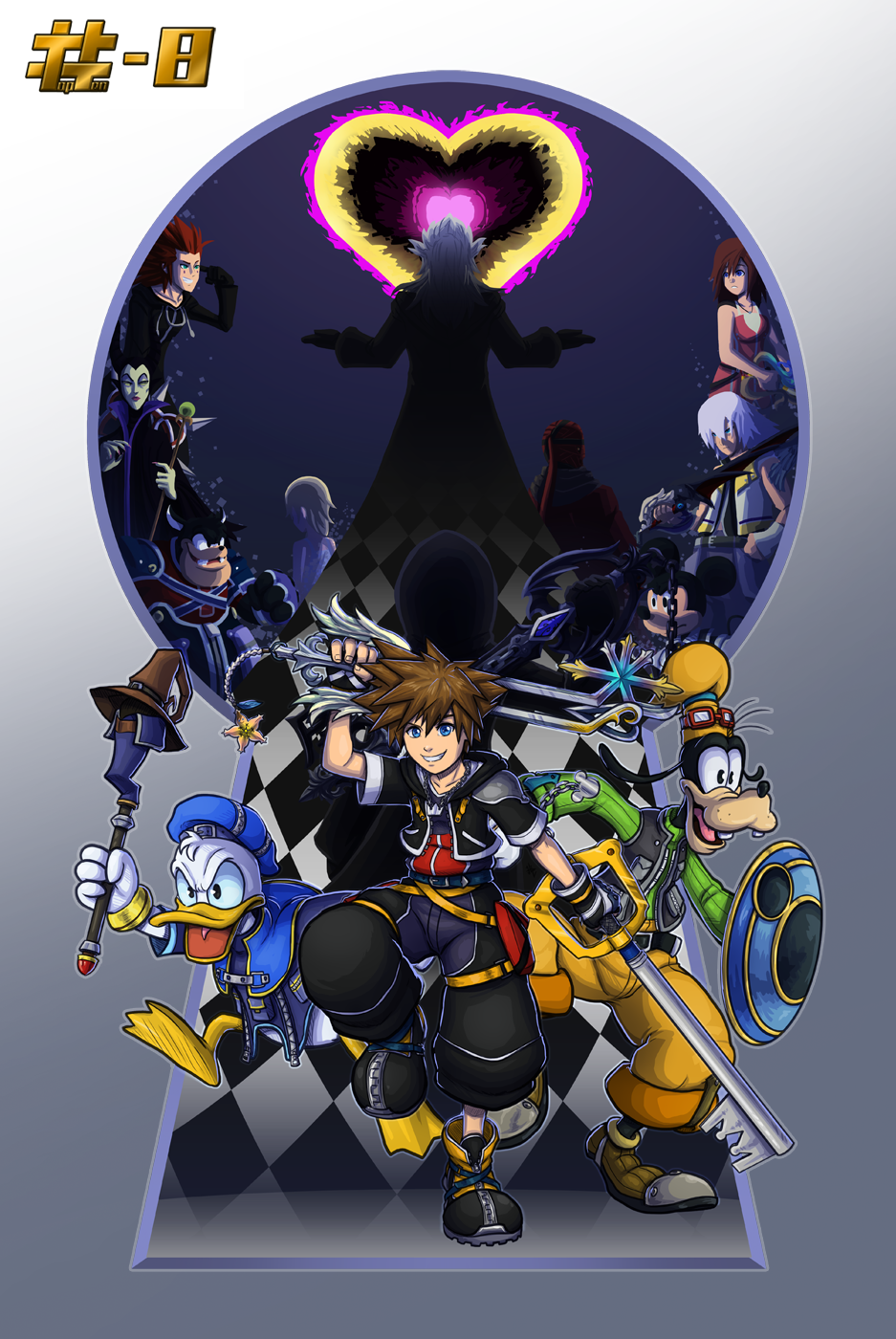 If you had told me, when this came out, that I'd eventually despise both Disney and Squeeenix, I wouldn't have believed you. Hell, even now I'm not exactly sure what the fuck happened.

Kingdom Hearts 2 is a great example of what a sequel SHOULD be: bigger and better than its predecessor, without bloat or repeat. Granted, at this point the series' story had already started going down the road to Up-Own-Ass Boulevard, but if my tween ass could follow it, without having played the previous two games and just reading shit up on boards and forums in 2005, it must've been doing something right.

There's only one other game that falls into the 'Free-Float' genre for me, and that's Dissidia. The blending of input command menus à la TBRPGs might've seemed jarring at first, but at the end of the day it's virtually the same as any other spectacle fighter: button combos to get results. It's just fun to go around button mashing and wooshing over enemies without being grounded or constrained, and I'm definitely glad that subsequent entries in the series better utilized the environment within this system. Good job, DDD, you get a half-cookie.

Worlds featured in KH2 are varied, they're interesting to explore, if a tad too linear for my liking; but there's also several reasons to revisit and explore them. The overall cameos from both Disney and Final Fantasy characters are interesting, and had yet to feel entirely too... separate, shall we say, from the story and interconnectivity of this universe. Auron as your companion in Hercules' world is a highlight that works so well.

Story is... well, it's Kingdom Hearts. It hadn't gone too off-the-rails yet, there were stakes and finality to story arcs, and the writing and directing had some goddamn cohesion at this point. The less said about it, the better. Suffice it to say, that this is NOT a series that you can just 'jump into', not anymore.

The only other game in this series that even comes close to have taken the title would be Birth by Sleep. It's definitely where things began their descent into madness, but I didn't know what the future would hold, so it was just a stocking stuffer back then, something to fill the gaps, had a good cast of characters, and fun gameplay. KH2 only wins by virtue of, again, being a good sequel, and feeling much more complete in its experience. And it's sad that I know I won't like Kingdom Hearts 3 more than 2, even if it has some considerable improvements here and there, mechanics-wise.

Here's to Kingdom Hearts 2. Sorry about your parentage, it's not your fault.

Illustration now on my Redbubble page. Or consider supporting me through SubscribeStar.