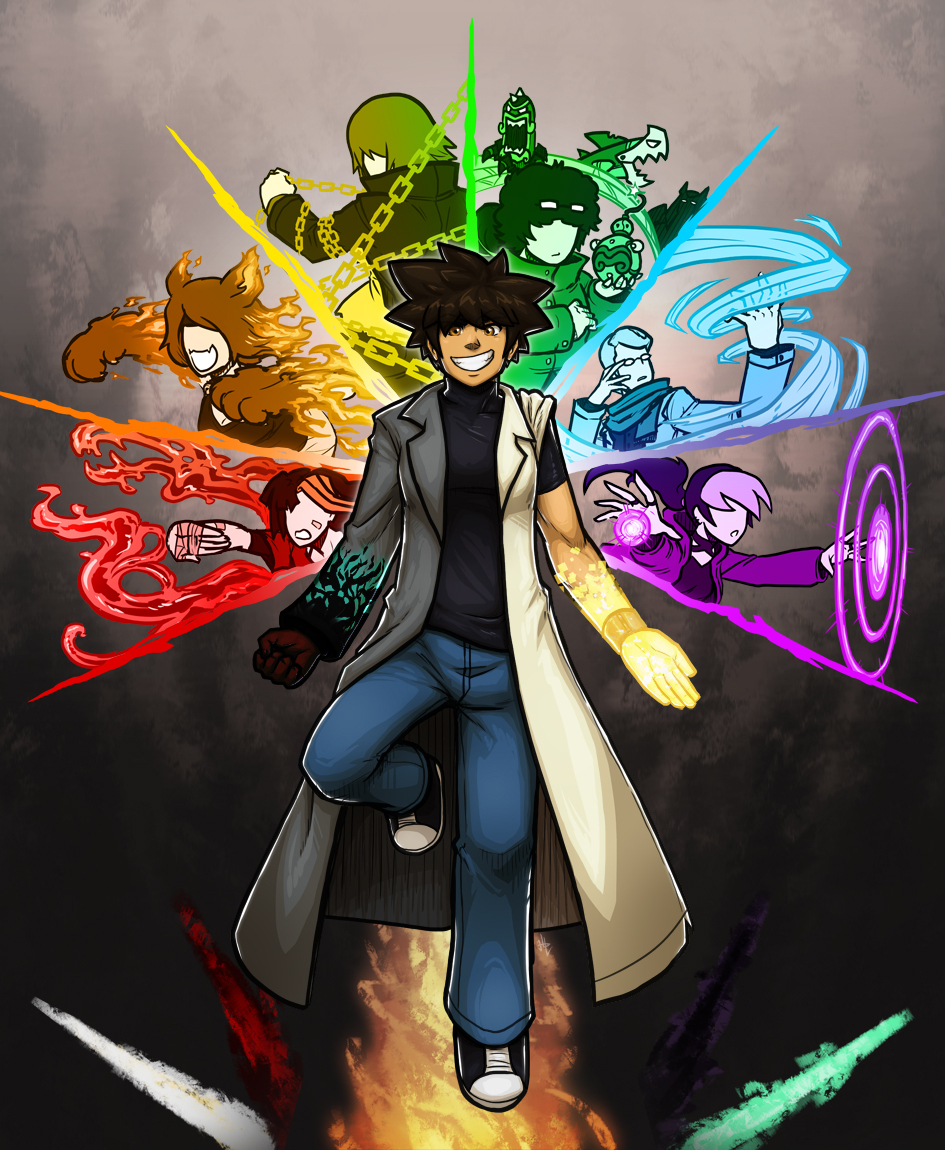 Ryke Miteo and his posse would have been the main cast of Imperium, the sequel to DeathArt. Might seem odd to create a sequel for a story you haven’t even started yet, but the difference in tone and overall approach required me to separate it into two parts.

Several factors lead to me shelving the whole project, but the main one was the power creep and the rules/lore for both DeathArt and Imperium. While the former was somewhat restrained, with a gentle slope in escalation, the latter started bombastic and kept going, which made it difficult to keep consistent with its prequel and itself.

I’d want to make DeathArt/Imperium into a brawler/fighting game hybrid, but just like every other aspiration of getting into vydia, unless I make it big overnight AND manage to enslave convince people to join me in such endeavors, it’ll probably remain in the shelf, with the very small chance of being a comic if I ever finish QoH.

This is effing dope!!!