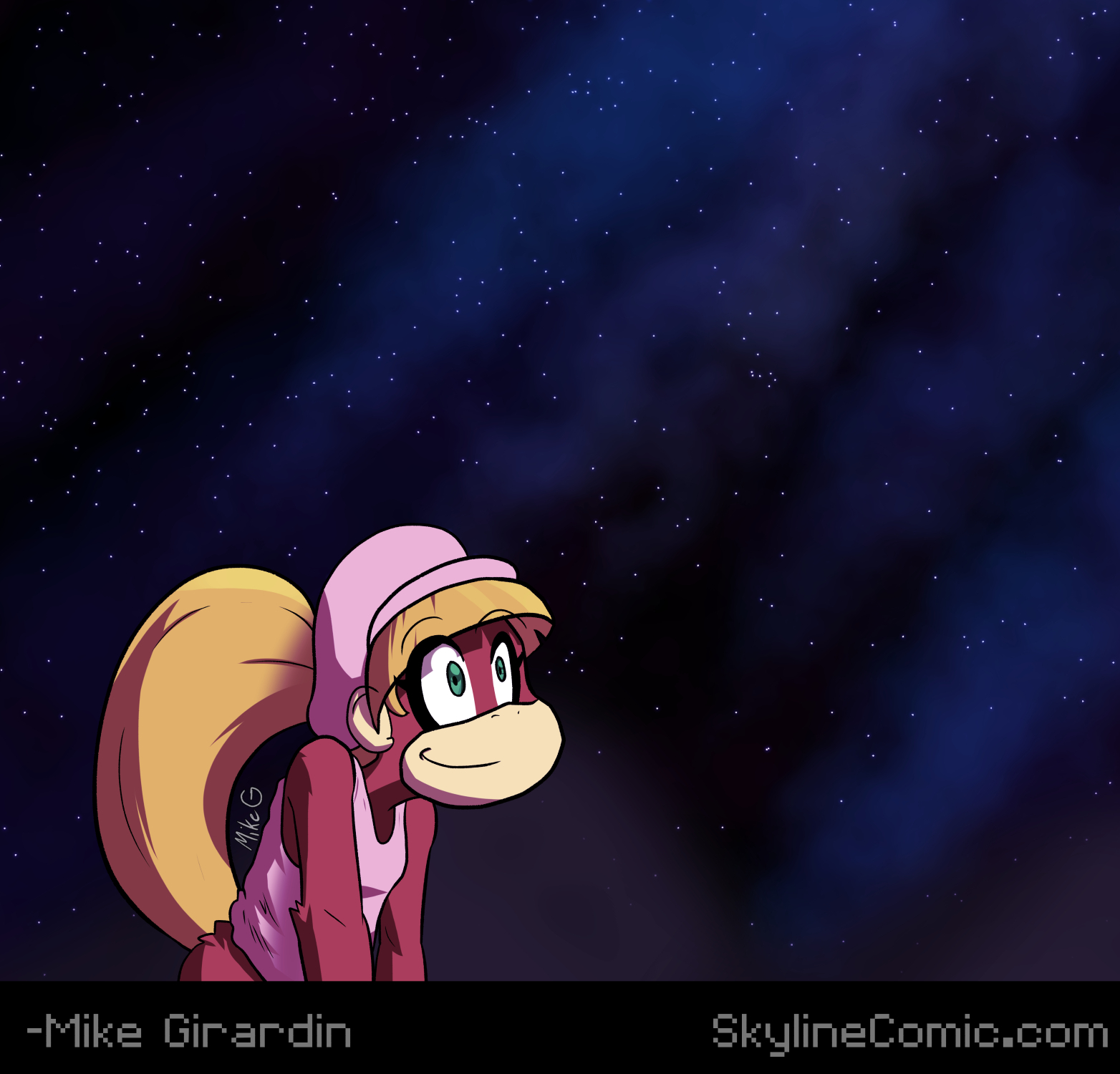 on twitter celebrating Diddy's Kong Quest released on the Switch, a bit of a delay before I released it here (my bad!) but better late than never, right? Right....? Dixie Kong everyone!

She's my savior in Tropical Freeze, I've never been great at the DK games that's for sure.

And yes since I saw a comment about the space background, it's reused- but for a reason. I think you should be able to predict why that it's reused with so many characters staring upward. :B

My comic Journey to the Skyline

Mobile/Webtoon: Journey to the Skyline for mobile

Get an early look at comic pages/art, fanart, other art, stream recordings and more: