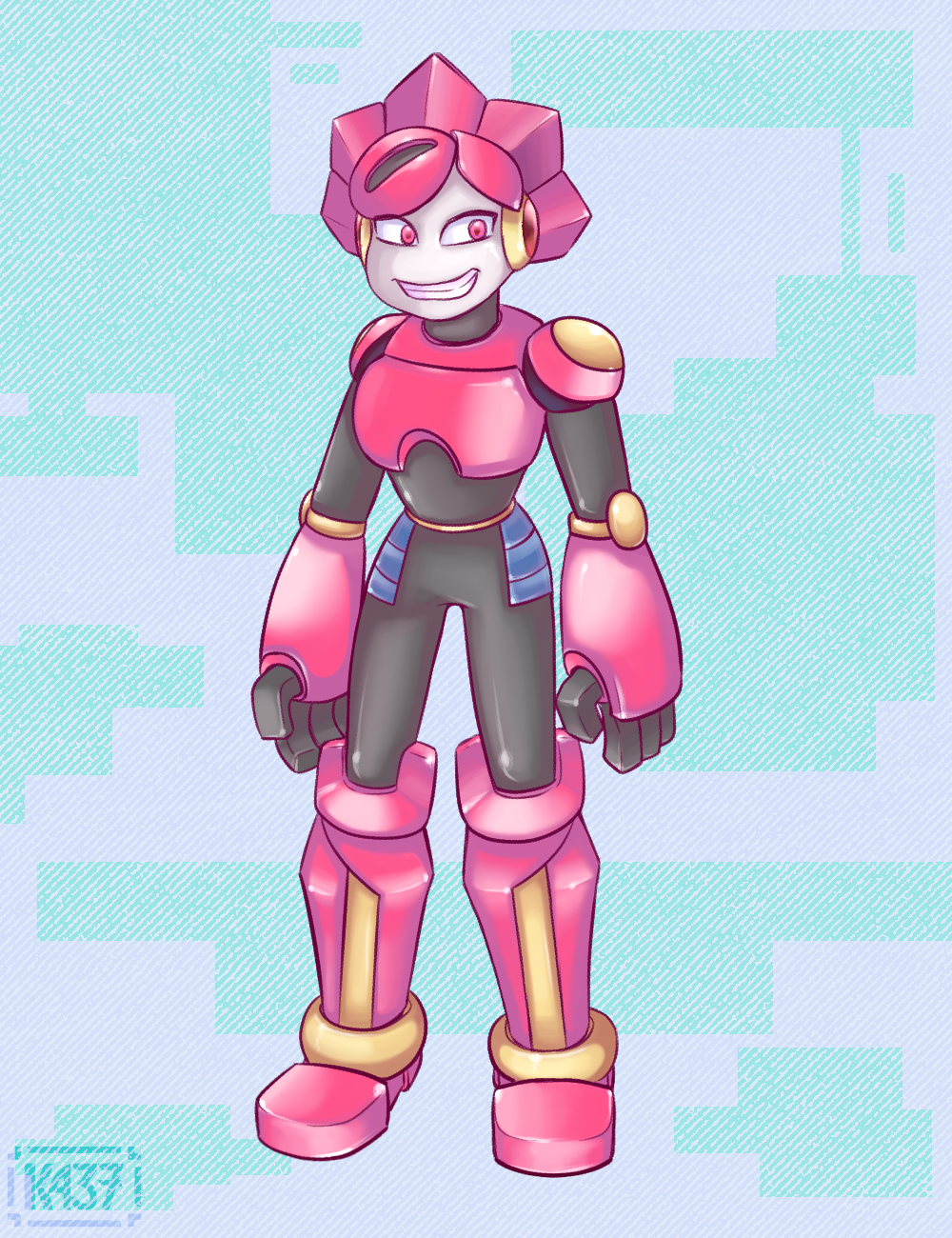 not gonna give hints of where's the early design but, here's her redesign instead.

She's Fleur, it's probably obvious her design follows a flower-like theme in some way, but other than that don't have much info on her yet. I imagined she could operate mostly with solar light (like a plant, duh) , wich is absorbed through the crystals on the shoulders, and those extra solar panels on the hips; the gap on that piece of "hair" could be actually a light sensor that indicates her to turn on the energy reserves when there's no solar light or something like that I guess.